Kred today launches “Rewards” so you can win discounts and product samples if you get retweeted and Liked enough. That doesn’t mean you should TRY to get retweeted or Liked more, but now there’s at least a reason to sign up to see your influence score.

While you might think this score is meaningless, marketers want to reach people who can actually influence others to care about them, and services like Klout and Kred are an efficient method.

But it’s not all about follower count. If you’re going to give something away, you want to give it to someone who’ll actually mention your company. That’s why Kred Rewards are transparent, and brands can see why a recipient’s score is high so they’re not hooking up a hermit.

So when a brand comes to Kred and says “We want to give 1,000 people near San Francisco a free year of domain hosting”, Kred can list exactly why each person was selected for such an honor. Once a brand approves and pays up, the recipients get an email telling them to come by Kred and redeem their prize.

Kred also lets partners opt to make the rewards sharable, so the 1,000 recipients can each give the reward to a friend too. And so mere peasants without much influence have a chance to win, Kred offers Reward campaigns where anyone can unlock a gift with a retweet. 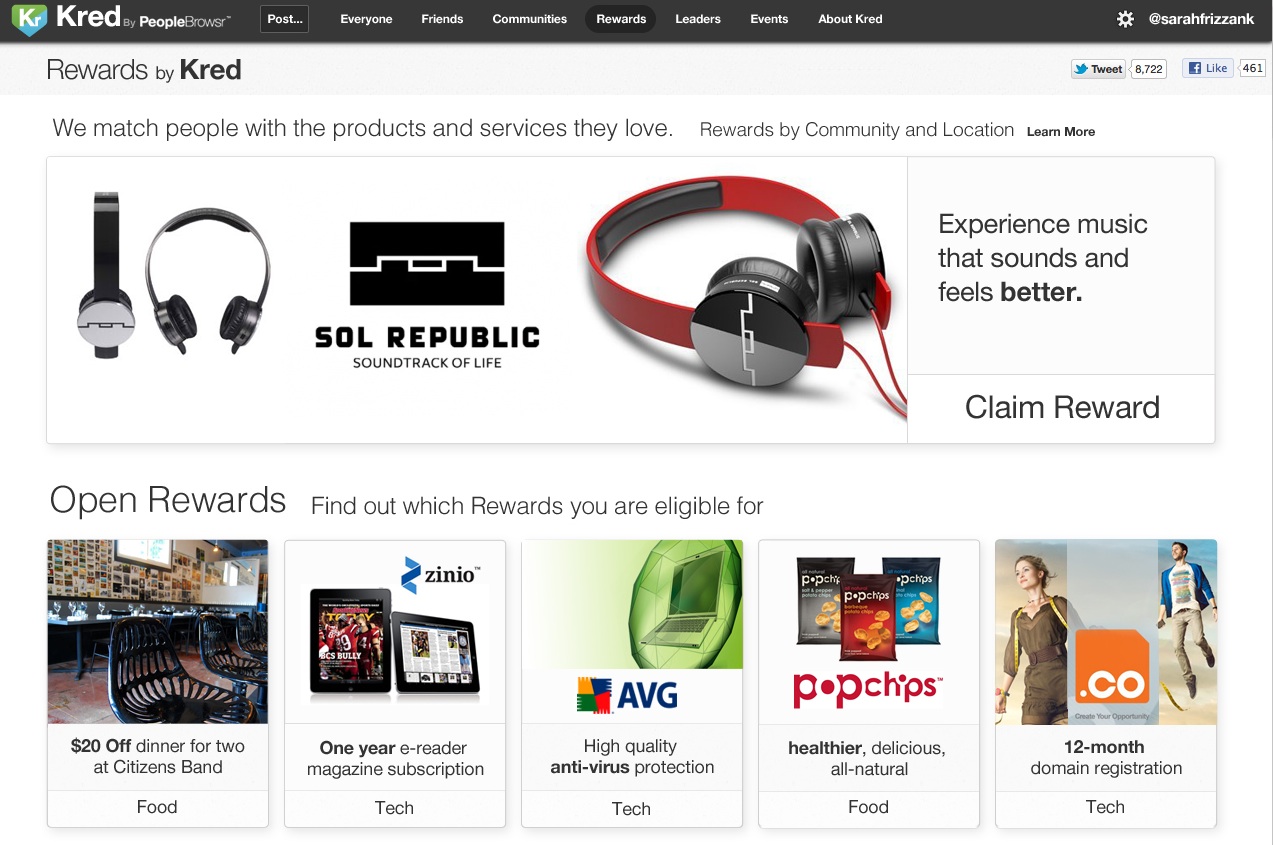 Grill dismisses the doubt about the influence score industry. “There’s lots of backlash with people saying scores don’t matter, but brands do want to find a way to get their products into the hands of people who will talk about them. You can’t use just use TV.”

Kred’s well situated to provide deep data on influencers since its parent company PeopleBrowsr has been in analytics for five years. It hopes these skills will let it single out people who won’t just grab a reward and never talk about it.

Honestly, without rewards, you would probably have to be a self-important asshole to find any value in an influence measurement service. But now that you might actually win something, it could at least be worth signing up for Kred and checking your email occasionally. The only problem is that the people with true influence usually can’t be bought for 10% off a pair of headphones.