The past few years haven’t been kind to Microsoft. (There’s no need to walk down memory lane. We all know what’s happened.) But somehow that’s all changed in the past few days. Surface and Windows Phone 8, along with Windows 8 and Xbox prove there’s still some fight left in the old dog. It’s a bit premature to say that the company is back and that the decades long string of mediocrity coming out of Redmond is over, but the company is clearly focused and we haven’t seen that Microsoft in a long, long time.

The shroud of mystery surrounding the Surface announcement earlier this week in LA had the press in a tizzy. We’d all been burned one too many times and the thought of something lame being announced loomed large. It is Microsoft, after all. What they managed to pull off was nothing short of spectacular, though. Microsoft employees were kept in the dark with most finding out at the same time as press. This wasn’t a case where employees were being sheepish with details either. Most simply had no idea.

Rumors surrounding the event swirled with some being sort of right and some being flat out wrong. The reason Surface was kept under wraps so tightly has a lot to do with the company’s horizontal product line. A vertically integrated one can lead to leaks due to the number of folks involved. There’s a reason Tim Cook said at D10 that Apple would be doubling down on security. Loose lips sink ships.

Like any Microsoft announcement though, the detractors came out in full force during and after the Surface announcement. Why have a Pro model? Why not announce pricing and availability? Why not let anyone try the Touch Cover? Couldn’t agree more. 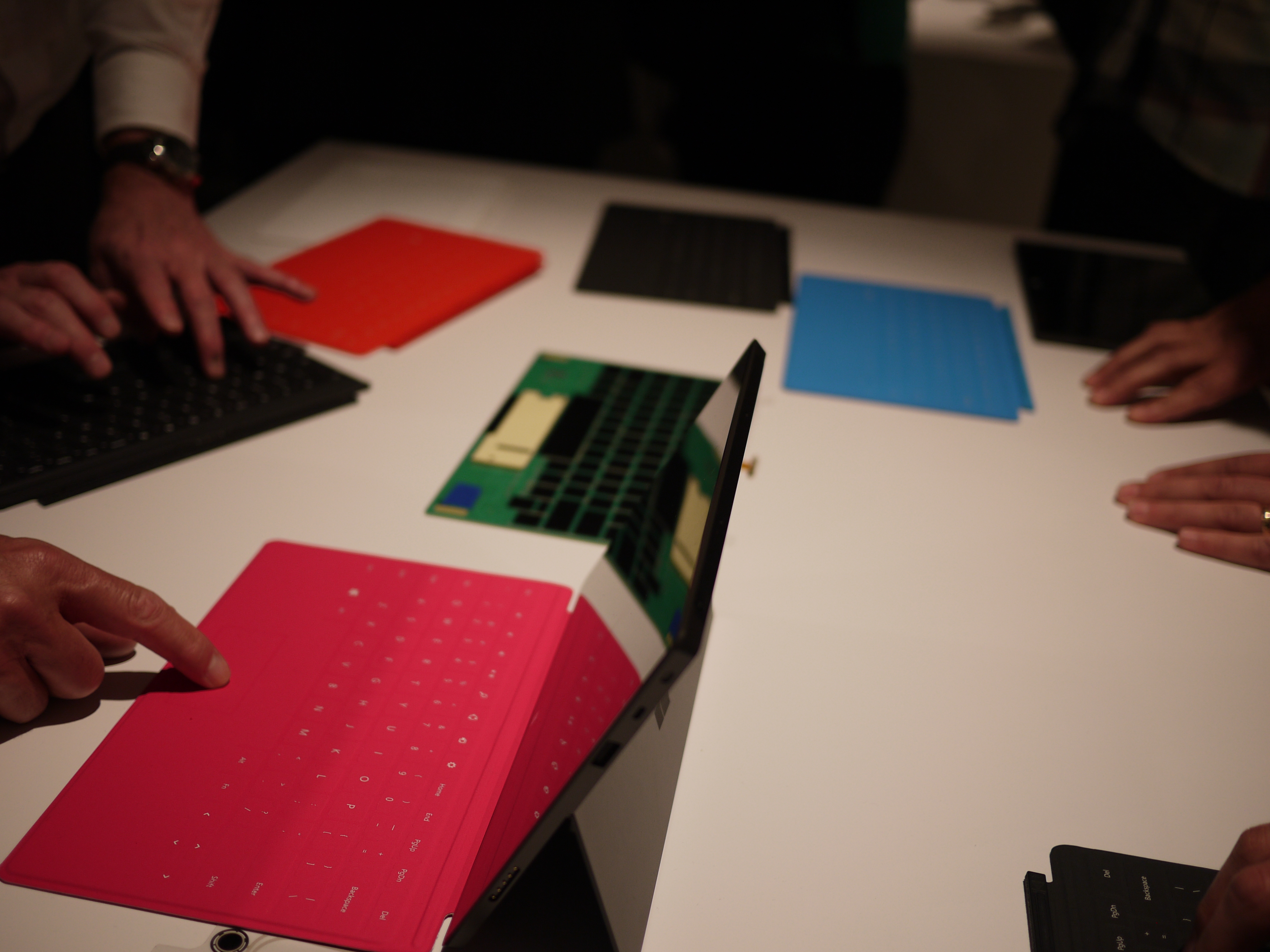 Others, however, decided to scold Microsoft for “screwing” their hardware partners. First of all, Microsoft isn’t screwing the OEMs, they’re simply challenging them to do better. Fact is, both sides have been screwing each other for decades. Microsoft is simply setting the bar and the manufacturers need to put up or shut up so long as Microsoft delivers the software. And that’s still a big if. But the OEMs only have themselves to blame. A sentiment felt by others.

Analysts quoted in a Reuters report were quick to shoot down Surface saying Microsoft needed to undercut Apple’s iPad to be competitive.

“Analysts expect the slimmer Windows 8 tablet to struggle to compete with the iPad, which offers over 225,000 apps, and to a lesser extent with Google Inc’s Android-based tablets, such as the Samsung’s Galaxy Tab.”

Maybe Reuters just doesn’t know what they’re talking about? At best, this is pretty laughable. For starters, the product isn’t finished and hasn’t shipped. And to be honest, the whole app argument doesn’t apply here. The two use-case scenarios are completely different. The Surface may be similar in form to the iPad but it’s geared towards productivity and real multi-tasking. Why do you think they slammed a keyboard into the cover? Yes, Windows 8 and the entire Windows eco-system lack the sheer volume of apps found in iOS and Android but what more do you need than email, a web browser and Office on a device like the Surface?

Whereas the iPad is clearly being used to consume content. As hard as Apple has tried at every iPad unveil to convince developers that the hardware can drive amazing content creation software like Garage Band, iPhoto and Pages/Numbers/Keynote, the iPad remains an entertainment-focused device, which is perfectly fine. It’s a fun device to use. When you’re making billions of dollars off other people’s work why fight the power? Just bask in its glory and reap the rewards, I say.

I enjoyed the teaser video for Surface as much as the next guy/gal but that screamed Droid/Verizon marketing. Verizon killed it with that campaign. There’s a reason why most people assume that any Android device is simply called Droid. Whoever was in charge of that video and marketing as a whole going forward for Surface really needs to think of something distinctive and unique for the Surface brand.

The excitement drummed up on Monday trickled over to today’s public acknowledgement and developer preview of Windows Phone 8. Microsoft says Channel 9 saw more views today than past events. (To be honest, they haven’t had that much exciting news to share anyway.) Some might call that positive momentum.

Windows Phone 8 signals a massive momentum shift for the unification of Windows as a whole. A shared kernel with Windows adds enough incentive for developers to build for both without even thinking about it. But this group still has an uphill battle ahead of them. To date there hasn’t been a single “hero” or flagship device for the platform. Everywhere you look across the lineup you see a blank slate of black slabs. Aside from the Lumia 900, every other device in the lineup looks like every other device in the Android lineup.

Today Microsoft revealed the roadmap for current Windows Phone device owners to upgrade to a neutered version of the next OS, Windows Phone 7.8. It didn’t have to be that way, though. By all accounts, what we were shown today is a small portion of what Windows Phone 8 is. By announcing that 7/7.5 devices might only see a new Start Screen could be equated to suicide. Why would a potential buyer go and buy a device now knowing the next crop of devices in the fall will carry an updated and arguably better OS that will likely be future proof? Way to alienate your current customers and possibly push them towards another platform this coming fall. 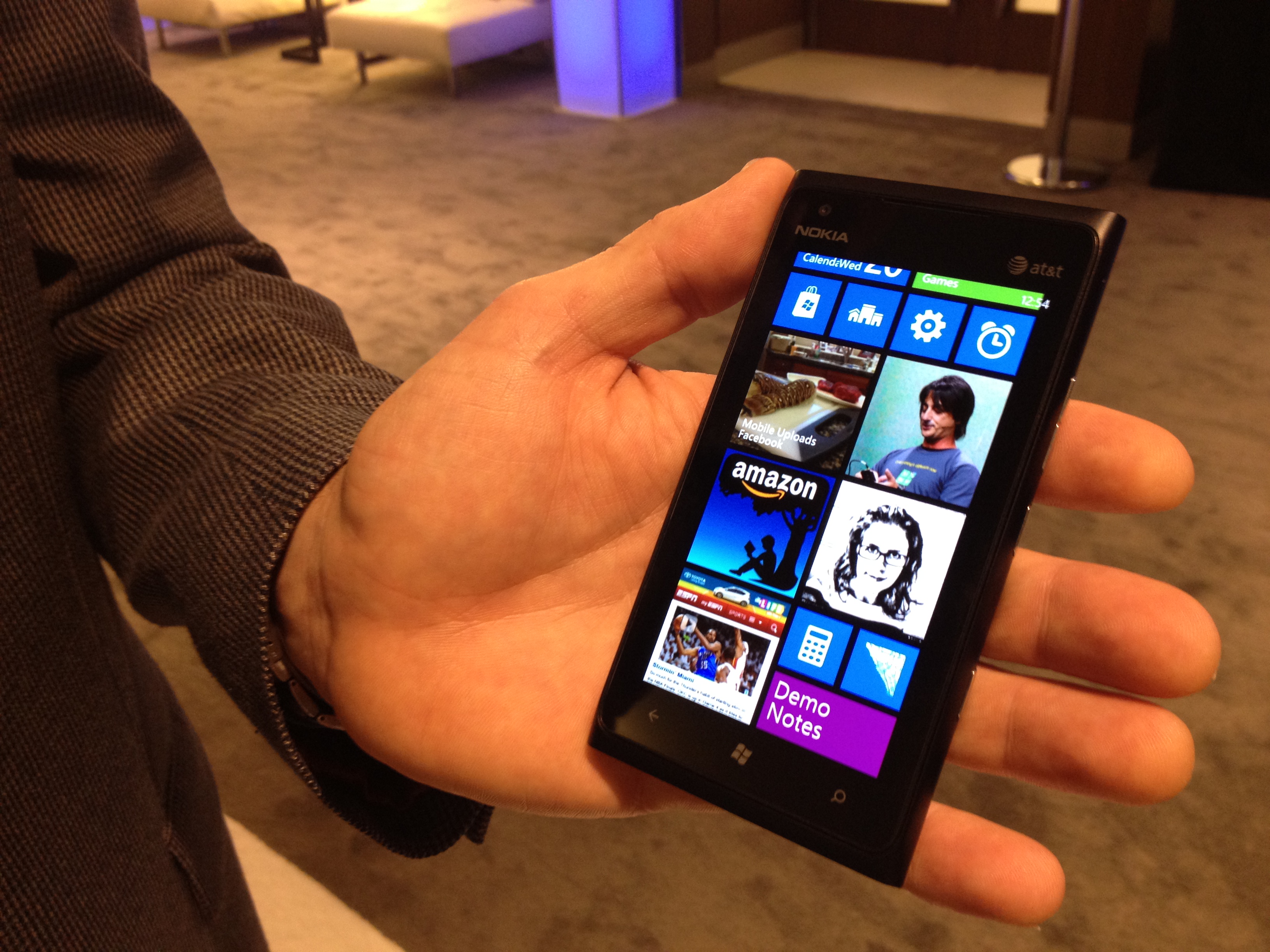 They should have kept mum on the whole thing or declared that every software feature in WP8 would be applicable to existing devices. At least offer developers Native Code support. Wallet is compelling enough that you don’t really need NFC to reap the benefits of what it has to offer. Announcing that the Start Screen might be the only thing that ports over was fucking stupid. Classic Microsoft. Classic.

Still, there’s hope. Microsoft has yet to finalize Windows Phone 8 and what 7.8 could be. If enough developers jump on board and create some killer speech recognition apps like this, then Siri definitely has some competition. You also have hardware partners like Nokia building out and updating apps for current Lumia owners. Future WP8 Nokia devices will also ship with Nokia Maps, which is arguably some of the best turn-by-turn navigation software available and it’s free! 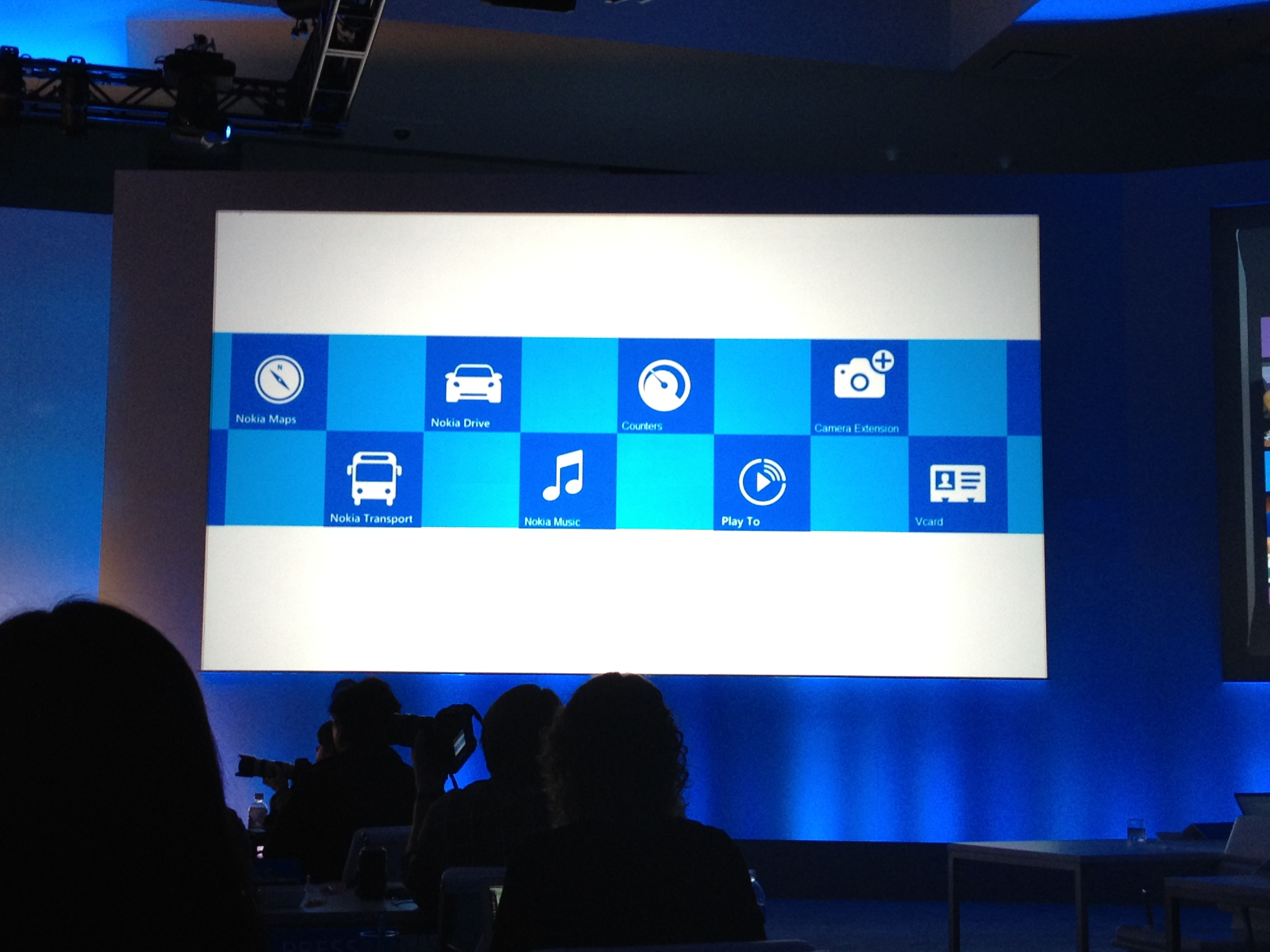 Where the Finnish handset maker fell short with the Lumia 900 was the camera. AT&T and even Nokia marketing touted the Carl Zeiss lens and folks at both Microsoft and Nokia will tell you (maybe not you but I’ve heard it from both sides) how disappointing it’s been. Nokia, however, has proven that PureView as a technology is more than capable of capturing some amazing images. You won’t see a 41-megapixel camera in the next WP8 device from Nokia but you will see the core technology coupled with Scalado (Nokia is in the process of acquiring the team and IP) in an upcoming device. HTC is also doubling down on camera enhancements so competition will hopefully drive even further innovation. I stand by my previous statement that Samsung will only dabble.

What Microsoft showcased today and earlier this week proves the company has finally come to its senses. It also highlights how vulnerable they’ve made themselves by setting such high expectations. Can they deliver? We’ll see. But for now I’m excited to see how the rest of this year plays out.