Back in 2009, NPR ran a story titled “‘Reading Rainbow’ Reaches Its Final Chapter.” At the time, that probably seemed like a reasonable headline — after all, after 26 years, the beloved TV show was going off the air, the victim of changing government funding priorities. But it looks like there’s actually a lot more to the Reading Rainbow story, and its next chapter is starting in earnest today, with the launch of a new iPad app.

“Television was an ’80s medium,” Burton said. So after the TV show ended, he and Wolfe asked themselves, “What would today’s technology be?” The obvious answer: The iPad.

In building the app, the RRKidz team saw an opportunity to reach kids in a new medium. At the same time, Burton said they wanted to make sure “books are the heart and soul” of the experience. In other words, they were willing to add some bells and whistles to keep users engaged, but they didn’t want to bury the books under layers of new technology. To that end, the company has signed deals with a number of children’s book publishers — including Little, Brown Books for Young Readers; Holiday House; Charlesbridge Publishing; Kane Press; Sleeping Bear Press; Peachtree Publishers; and Shenanigan Books — to include their titles in the app. Kids can read books on their own, or they can follow along with narration provided by Burton and other storytellers. 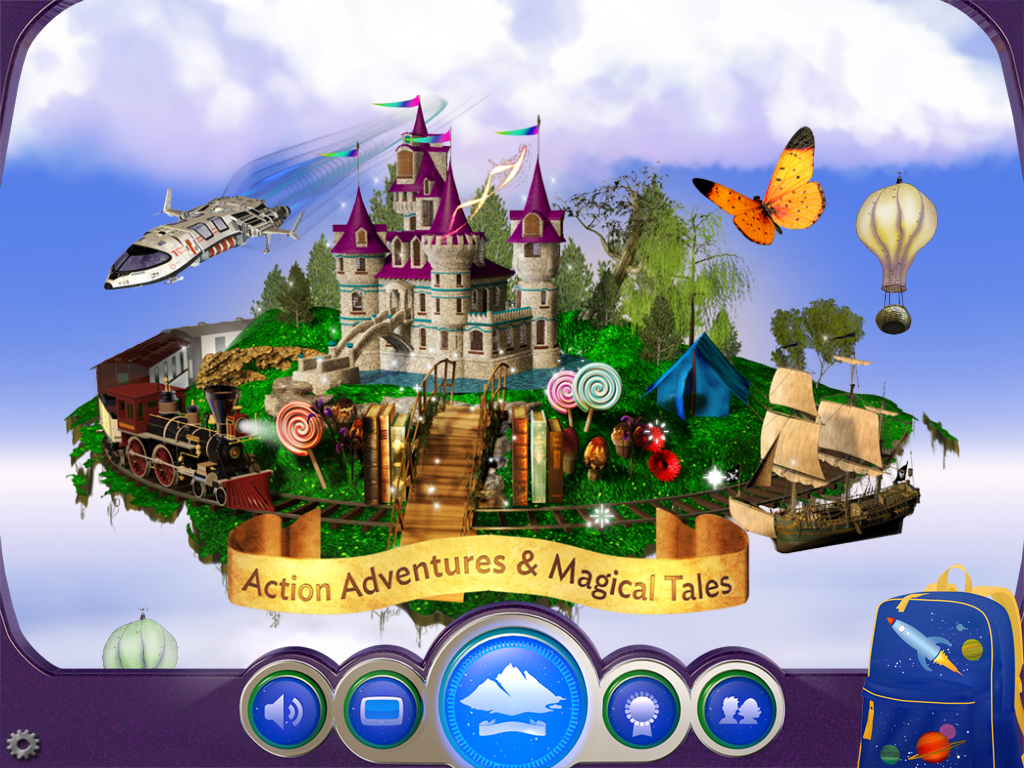 And yes, the app includes some of those bells and whistles. The books’ illustrations are brought to life with little animations, and each title comes with a game. Kids are also rewarded by receiving stickers every time they read a new title. The app also features “video field trips” — basically new video segments in the style of the old show, recorded with Burton. Users explore all of that content through floating islands with different themes. And they can save their favorite books in a virtual backpack, which stores them for reading even when the iPad isn’t connected to the Internet.

The Reading Rainbow app will be available for free, which gets kids access to one book plus one video per island. After that, they pay a subscription fee of $9.99 per month for unlimited access — as Wolfe noted, a subscription model makes more sense than charging for each title, because you don’t want to put parents in a position of saying no to buying more books.

There have been other attempts to bring children’s books to the iPad, but RRKidz has the advantage of the Reading Rainbow name. That probably doesn’t mean too much to today’s young kids, but it carries a lot of weight with many of their parents — members of the first generation of Reading Rainbow fans have families of their own now (a fact that makes me feel incredibly old). If you don’t believe that Burton and Reading Rainbow still mean a lot to 30- and 20-somethings, you should have been in the TC office last week, when everyone was positively giddy about Burton’s visit, to the point where someone (who shall not be named) was singing the Reading Rainbow theme song. RRKidz will be targeting those parents with its initial marketing (and they’ll be able to track their children’s activity through the Reading Rainbow  website).

Wolfe added that this is just the beginning for the company, which has raised funding from Raymonds Capital and the Kauffman Foundation. There will be a constant stream of fresh content in the Reading Rainbow app, and then more educational apps that move RRKidz beyond reading.

If the app is a hit, might we see a return of Reading Rainbow to television? Burton said no: “Why would we?”

TechCrunch’s Colleen Taylor also got Burton to demo the app for TechCrunch TV.