The startup talent in Estonia, particularly on the technical side, has taken on near-mythical status in Europe thanks to its association with the heady days of Skype. But as TechCrunch European editor Mike Butcher recently discovered, the tiny neighbouring Baltic nations of Lithuania and Latvia also have the potential to punch above their weight.

To that end, news comes today that Latvian startup Sellfy, the one-click e-commerce platform for self-publishers, has scored an angel investment from two Skype alumni; Toivo Annus, who was co-founder and technical lead of the VoIP behemoth, and long-serving head of Skype’s Estonia office, Sten Tamkivi. A number of telco executives from a “leading Spanish cable operator” have also participated.

As is more often the case in Europe, however, Sellfy is keeping schtum on the numbers, no doubt weary of its heavily funded U.S. competitor Gumroad, which last month closed a hefty $7M series A round.

Sellfy lets creators of digital content – ebooks, music, video, photos, or basically any type of file – to sell their wares via a simple short URL that can be shared through a brand’s existing community or fan base via the likes of Twitter and Facebook or their own website. Thus the startup is targeting the Long Tail of ‘self-publishers’ of which it already claims 3,000 globally, with take-up most prevalent in the U.S., U.K., Canada, Spain and Brazil. 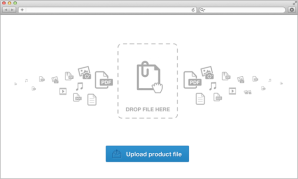 In terms of monetization, Sellfy takes a highly competitive 5% commission fee from each purchase as well as offering an affiliate scheme designed to incentivize “influencers” across various social media, turning fans into marketeers.

“Why pay 30%, 50%, or even 75% to publishers or marketplaces if you already have your own community to speak to?”, says co-founder and CEO Maris Dagis.

Or to sell to, more to the point.

Furthermore, Dagis says that the company has been doubling its monthly revenue for the last few months (although he wouldn’t reveal specifics, so make of that what you will) and its this traction, along with the quality of the product, that helped make it an attractive investment.

Interestingly, it’s through Annus’ association with accelerator StartupHighway in Vilnius, Lithuania, that brought Sellfy to the Skype co-founder’s attention. The startup graduated through the TechStars-styled program in late 2011, seeing it bag €8k in the process in return for 10% equity.

As a footnote, Sellfy’s Dagis appears to be another blogger-turned-entrepreneur. In March 2010, he sold his blog Rotorblog.com to WebMediaBrands for an undisclosed amount.