Two gadgets enter, one leaves. It’s that simple. Welcome to the TC Gadget Review Battle where two competing products are pitted against each other. No wishy-washy conclusion based on an arbitrary numbering system, just a reliable buying recommendation.

Bowers & Wilkins is making a smart play for consumer electronics. The 50-year-old British audio company just released the $200 P3 headphones, joining the $299 over-the-ear P5 and the $179 C5 in-ear headphones. The new set promises much of what the P5 offers for a lot less. It is, in a sense, a headphone for the MP3 crowd. This new set hits a crowded market dominated by several big brands. This includes Beats By Dr. Dre, which also has a very similar $200 set of headphones, the Beats by Dr. Dre Solo HD.

So which one is better? Which one is worth your money? That’s the goal of the TC Gadget Review Battle. Only one can get our recommendation. Can the new comer best the market leader? 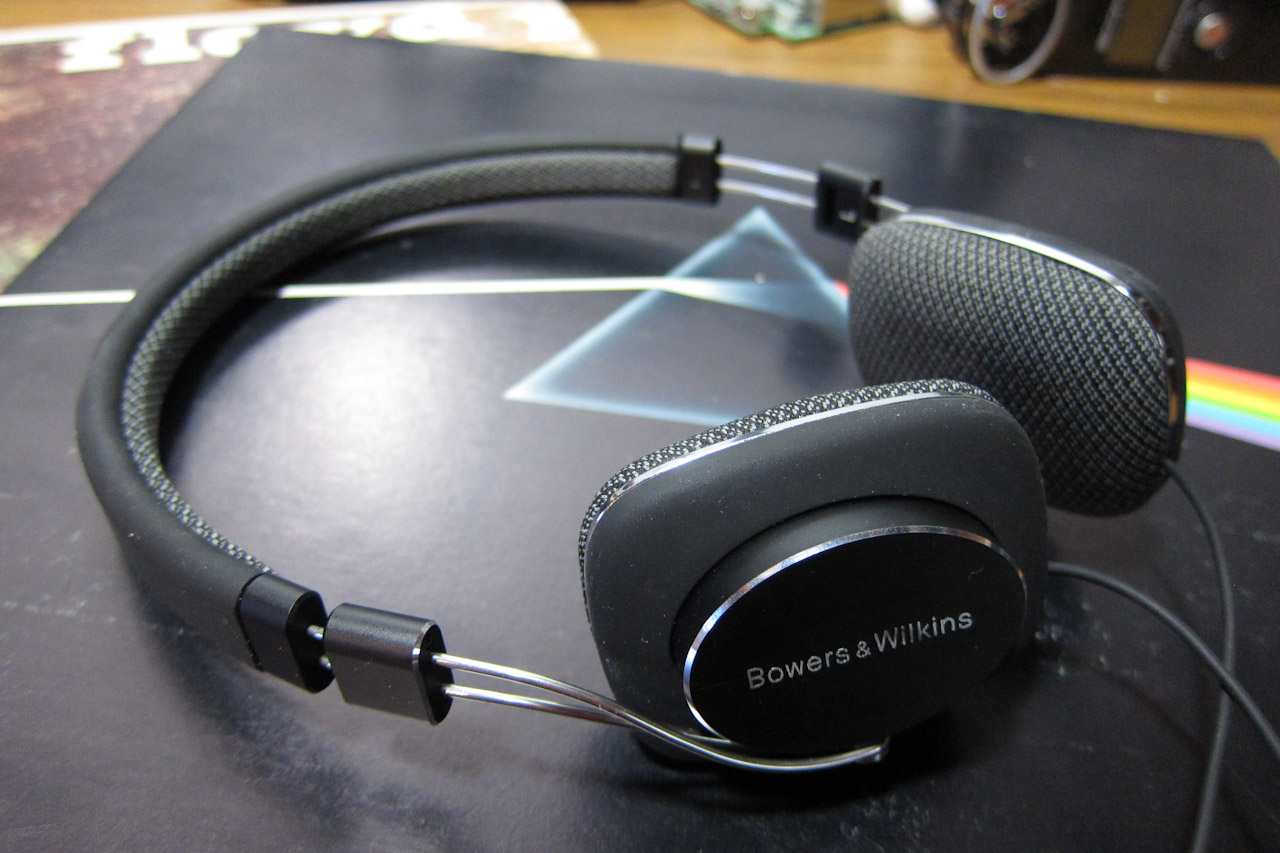 Bowers & Wilkins jumped on the retro bandwagon with the P5s last year. The brand new P3s are more of the same. They employ a 30mm driver (the P5 uses a 40mm drive) in a retro-style surround constructed out of soft touch plastic and fabric. B&W lists the P3s with a sensitivity of 111dB/V at 1kHz. They are comfortable on the head but do not provide much of any noise cancellation. Despite their almost dainty looks, they seem rather durable in realty. The construction is solid, properly conveying B&W’s trademark tradition to high-end audio.

The Beats by Dre. Dre Solo should be rather familiar. The design is a staple within the headphone world now. It’s made of mostly shiny plastic and can withstand a fair amount of abuse with the notable exception of the ear surrounds, which have known to separate at the seams. The unibody design grips the ears very tight, cutting out a lot more ambient noise than the P3s. The plastic ear surrounds hold drivers of unlisted size and technical specs.

Both headphones ship with a travel case and feature folding designs. They both also have in-line audio controls but the Beats Solo HD feature a microphone that’s only compatible with iPods and iPhones. 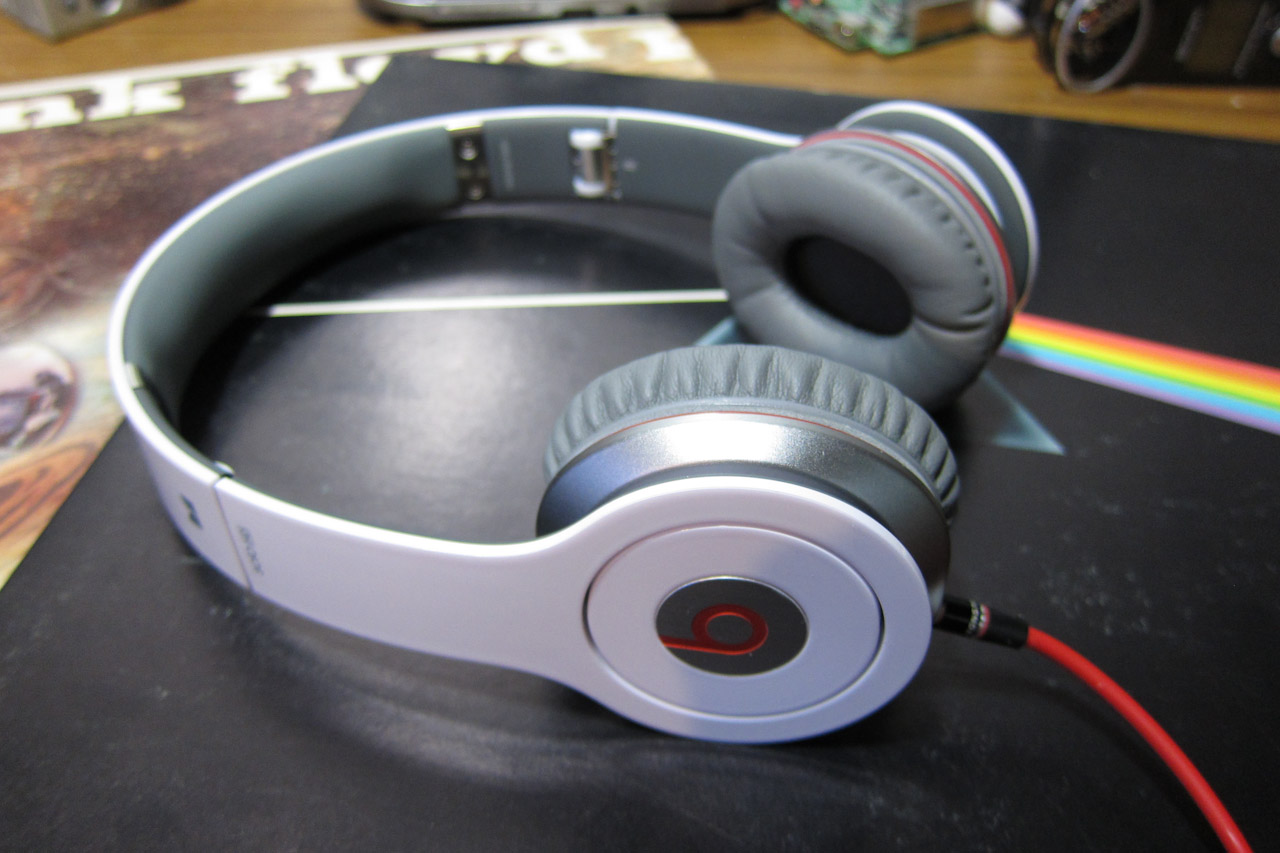 These headphones are arguably not geared toward audiophiles. Neither Beats or Bowers & Wilkins designed their respective headphones for serious listeners, but rather people looking for higher quality audio on the go. These are high-end headphones designed with portability as their main selling point.

That said, testing these headphones through streaming media like Rdio or Pandora is not especially fair. The low-bit rate music will not properly demonstrate the headphone’s range. I always turn to the same selection of music for testing headphones: CD’s of Outkast’s 1998 Aquemini album and Muse, The Resistance. Then, for good measure, I also throw Pink Floyd’s The Dark Side of the Moon on the turntable.

I always turn to Outkast’s Aquemini album for a number of reasons. In the very beginning of track 5, Rosa Parks, has a very faint hidden melody that only the top headphones can reproduce. It’s not audible on either of these headphones. This track, and most of the album, also features very heavy LFE tracks. True to their name, the Beats Solo reproduces the bass better than the B&W P3 headphones. However, this is done at the sacrifice of the overall sound quality. The Beats are very bass heavy to the point that there’s almost a constant strong hum that drowns out the mid tones. While the P3 fails to pound, it provides a better overall sound with enough bass to satisfy most but while producing acceptable high and mid tones.

Muse’s Exogenesis is particularly great for headphone testing. It’s a three-part track with a huge range, which often separates good headphones from the best. Again, the Beats Solos produce a very pleasing tone when reproducing the piano’s lower octave but the mids are muffled to the point of suffocation. On track 11, Symphony Part 3 (Redemption), there is a strong overlying low tone during the piano into. The distinctive highs hit with force at the 1:35 mark but the headphones seemingly cannot handle the vocals that come in ten seconds later; the headphones mush everything together once Matthew Bellamy begins his vocals. Unfortunately the B&W P3s do not fare much better. 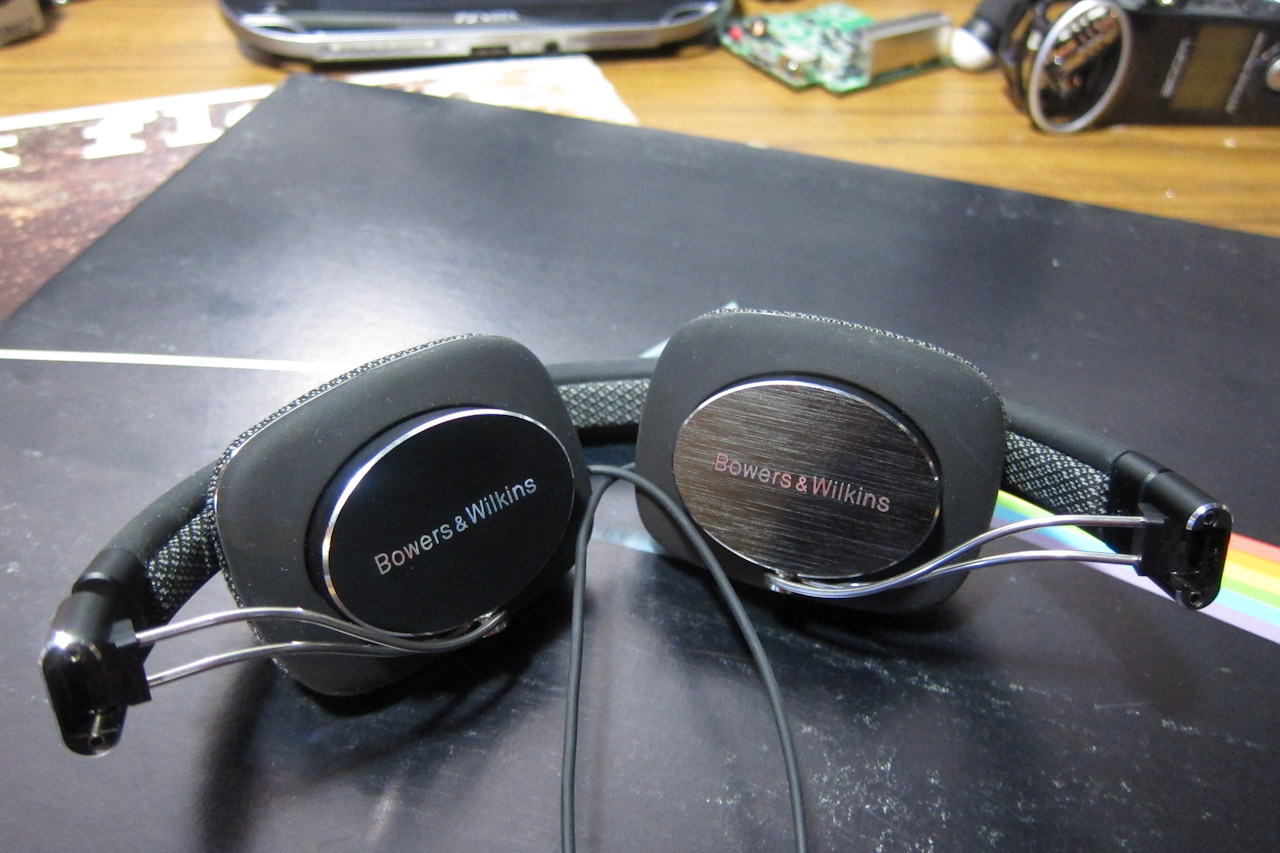 Like the Beats Solo I found the Bowers & Wilkins P3 headphones to not be able to reproduce the huge range of these three tracks. However, the larger range of the P3s afford a more pleasing tone. While unable to produce a truly clear tone during the most stressful parts, the highs and lows are very clear. There is not a subtle hum assisting the LFE tracks in the B&W like in the Beats Solo HD. That said, I wouldn’t deem the P3’s victory absolute but rather a minor win.

Pink Floyd’s The Great Gig In The Sky plays beautifully on the P3s. The melody silks along with fine attention to detail. The headphone’s clarity assists with the stereo imaging on Money. The vocals are clearly set in the middle of the sound stage with instruments flanking on either side. The Beats Solo fail to live up to the clarity of The Great Gig In The Sky or the imaging on Money.

There’s a good chance that both of the headphones could be used for gaming due to their portable design. Owners could whip them out for a bit of gaming on their smartphone, 3DS or PS Vita and for me it’s Wipeout on the Vita. I’m currently addicted to this classic PlayStation racing title and with gaming, the headphones with the best imaging win — at least generally.

After the P3 wiped the floor with the Beats Solo in nearly every music test, I was sure the same would happen when tested with games. After all the P3 had a larger soundstage, which in theory, would provide a better effect for gaming. And while that turned out to be true — the P3 has a bit more detailed sound placement — the Beats Solos were a lot more enjoyable while gaming.

It’s strange. When the experiment is dissected, the Beats Solo fails on almost every individual test. The Beats Solo produces a more muffled tone, the imaging isn’t as good, and they’re not as comfortable on the head. Yet I ended up preferring the Beats Solo for use in gaming after a dozen A/B tests. The Beats’ superior lower end capabilities won me over. With deeper bass, the gaming experience is more immersive. You can turn up the volume and dive into the game. The P3s are completely acceptable for gaming, but the Beats Solo provide a better experience. 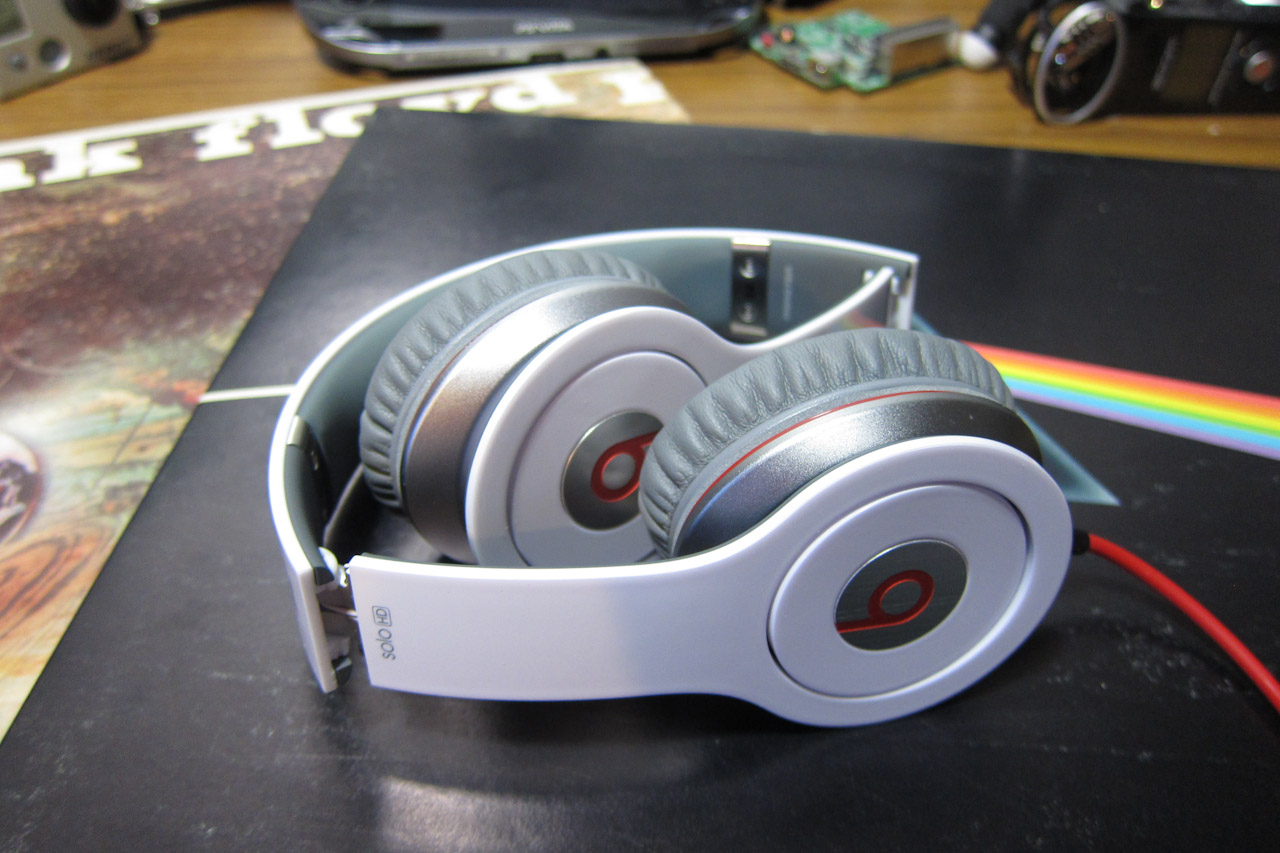 After living with both sets for several weeks I used the Bowers & Wilkins P3 more than the Beats Solo. The clarity was the deciding factor. The Beats Solo HD produces a strong tone, but that’s it’s only claim to fame. The Beats Solo HD’s imaging is not as good and the over tone is far inferior than that of the B&W P3. Since both cost the same at $200 it’s easy to give the nod to B&W’s headphones. They’re fantastic headphones for the money. Buy the Bowers & Wilkins P3.