Today a Texas court dismissed a petition asking for “oral depositions and requests for documents” from Facebook to determine if it defrauded investors in its IPO last month. The judge ruled that the plaintiffs needed to already have grounds for a complaint against Facebook, and could not use a petition for discovery in order to figure out the basis for a lawsuit, according to government documents attained by TechCrunch.

The petition sought to grill CEO Mark Zuckerberg, CFO David Ebersman, Chief Accounting Officer David Spillane, and representatives from Morgan Stanley, J.P. Morgan, and Goldman Sachs for info about whether they withheld negative financial data about Facebook from the public before its IPO. Facebook remains embroiled in several other lawsuits with similar complaints, though.

The petition explained that other lawsuits were based on news articles about the problematic IPO, but that the plaintiffs wanted interviews with those involved to gather evidence. Specifically, they wanted to ask: 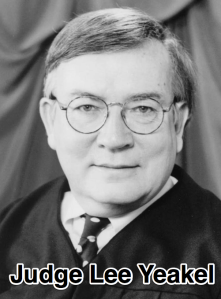 United States District Judge for Western Texas Lee Yeakel ruled that the petition filed by Bogdan Rentea & Associates did not meet the requirements of Rule 27, which allows for requests for depositions from defendants and document discovery.

Facebook tells TechCrunch “We are pleased with the court’s decision. As we’ve said before, we believe the cases filed against us in connection with the IPO are without merit, and we will continue to defend ourselves vigorously.” The dismissal came just a week after the petition was filed, and before Facebook even had a chance to respond.

However, this petition was denied based on a violation of court procedure, not as a judgement on Facebook’s innocence though. Other class action suits from New York and Canada claiming Facebook misled investors are still ongoing. There are also pending suits against NASDAQ for its bungling of the technical delivery of the IPO.

Those properly filed lawsuits could lead to the discovery that Rentea was seeking. Then the public might get a better idea of what went down behind closed doors between Facebook’s executives and the big investment banks in the days before the IPO.

Below I’ve embedded the original petition from Bogdan Rentea, followed by today’s notice denying the petition: