Editor’s note: Dan Greenberg is the founder & CEO of Sharethrough, the native video advertising company. Dan has been honored as an AdAge “Media Maven” and was recently named to the Forbes “30 under 30” list. You can find him on Twitter at @dgreenberg.

With a $100 billion IPO pending, it’s with confident defiance that Facebook has thumbed its nose at traditional web advertising models. On Facebook, despite their $5 billion 2012 forecasted ad revenue, you’ll see no prerolls, no rich media ads, no “punch the monkeys,” and no interruption. Facebook is leading the charge for a new generation of media companies who are building their businesses on “native” advertising models, a fundamental shift away from the traditional interruptive ad models that users have learned to ignore. Facebook’s commitment to native monetization signals significant change to come. 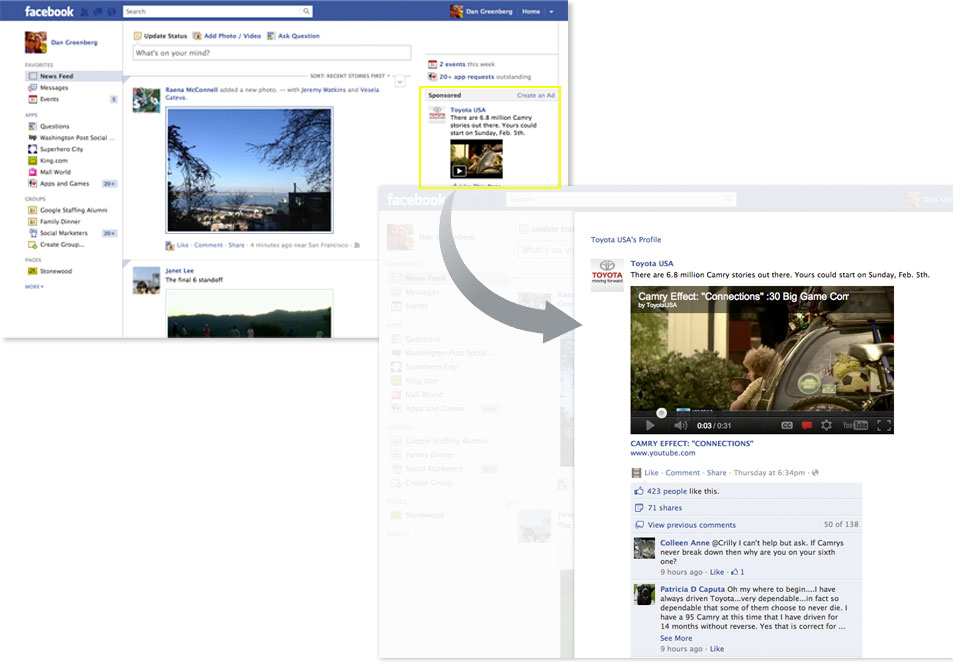 Native advertising is a new form of inventory that seamlessly integrates promoted content from brand advertisers into the fabric of a site itself. Native advertising inventory is content that’s part of the site experience rather than ads that interrupt users, such as pre-roll video ads or boxes, buttons, and banners on the corners of pages. Facebook’s Sponsored Stories are one of the largest bets on native advertising in the ad industry – a bet that’s consistent with the ad strategies of the dominant social media platforms such as Twitter, YouTube, StumbleUpon and the coming ad products from the next wave of internet elite like Tumblr and Spotify. 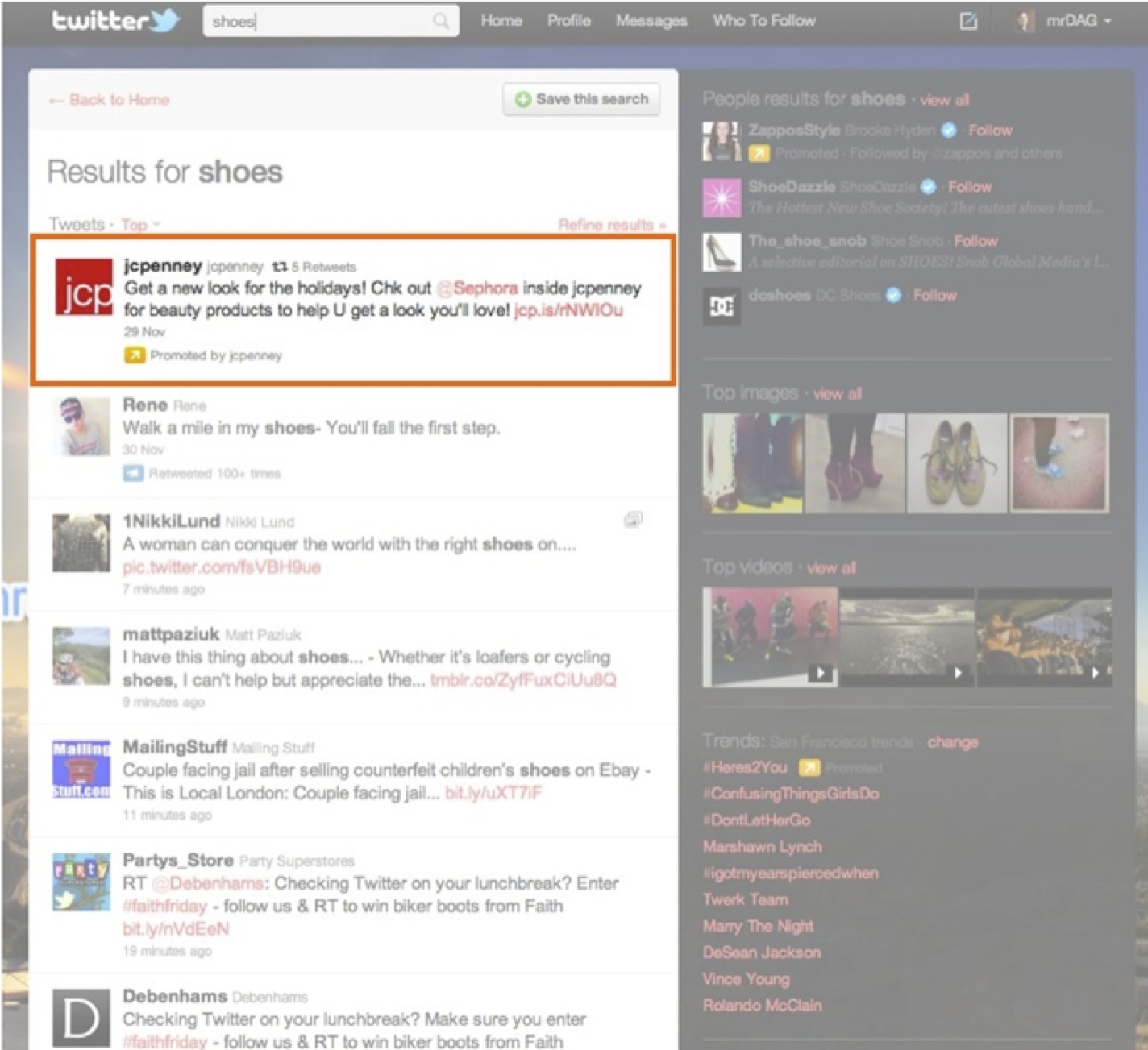 The appeal of “native” monetization models is that they create an alignment between a company’s business model (create/publish/curate content) with their revenue model (promote brand content that fits into the site experience), just as Google did with search ads that are relevant to search results. Google AdWords was the original native monetization pioneer, paving the way for Sponsored Stories on Facebook, Promoted Tweets on Twitter, TrueView promoted videos on YouTube, Paid Discovery on StumbleUpon, and Sharethrough’s Promoted Videos.  These examples are only a handful of a large and growing movement of promoted branded content experiences that have replaced traditional one-way ad formats.  Social content sites such as Cheezburger, BuzzFeed as well as publishers like Gawker and The Awl have also followed suit. 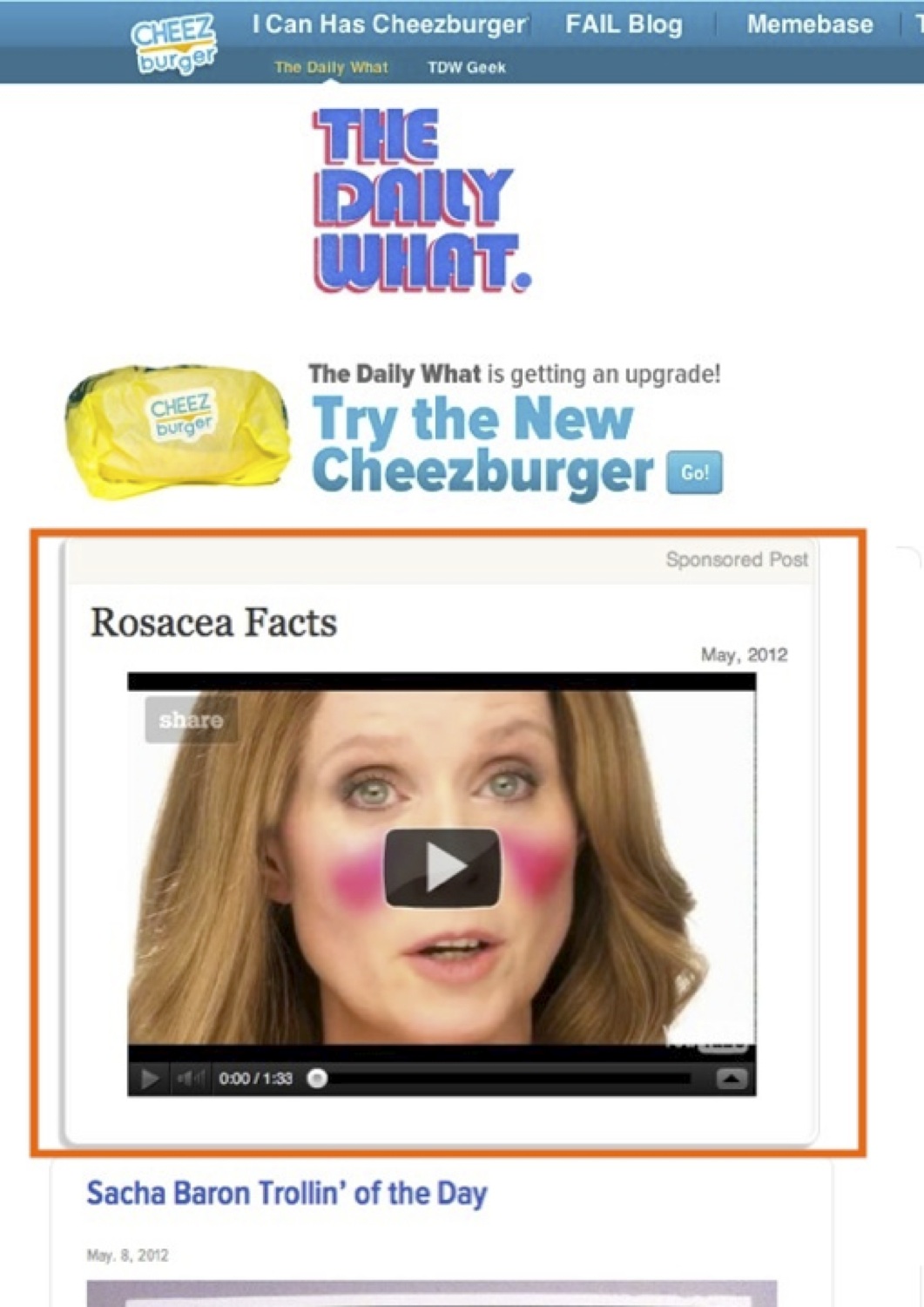 Native Video ads on The Daily What, a Cheezburger site

1. Native is now the starting point for monetization strategy. The success of companies such as Facebook and Twitter around native monetization, as well as social content sites such as BuzzFeed, hasn’t gone unnoticed by the next generation of entrepreneurs.  For these digital natives, their starting point wasn’t ever going to be display ads, popups, or prerolls – their starting point for monetization is native.  You’re already seeing companies like Spotify introducing branded playlists and Tumblr enabling brands to promote their posts.  The next generation of internet elite are bypassing the display ad slog altogether and creating ad products that enable brands to engage natively with their audiences. 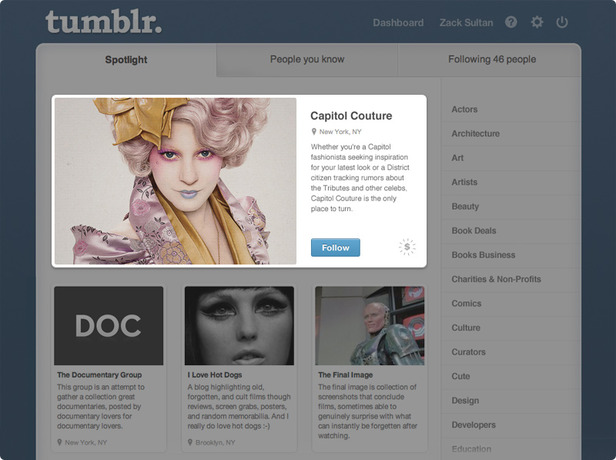 2. Native is turning heads in the venture community. The value of native monetization hasn’t been lost on the venture community either.  Imagine an entrepreneur telling a prospective investor that their monetization model is to slap display ads in the corners of their site – not going to happen.  For the next generation of startups looking to build long-term businesses, AdSense is just not a viable option.  Instead, the startups that can articulate a roadmap for building a native monetization model through ad products that fit uniquely within their sites will find a much more receptive audience. Can you imagine if Pinterest introduced display ad banners to the site (see below)?  Users would revolt. 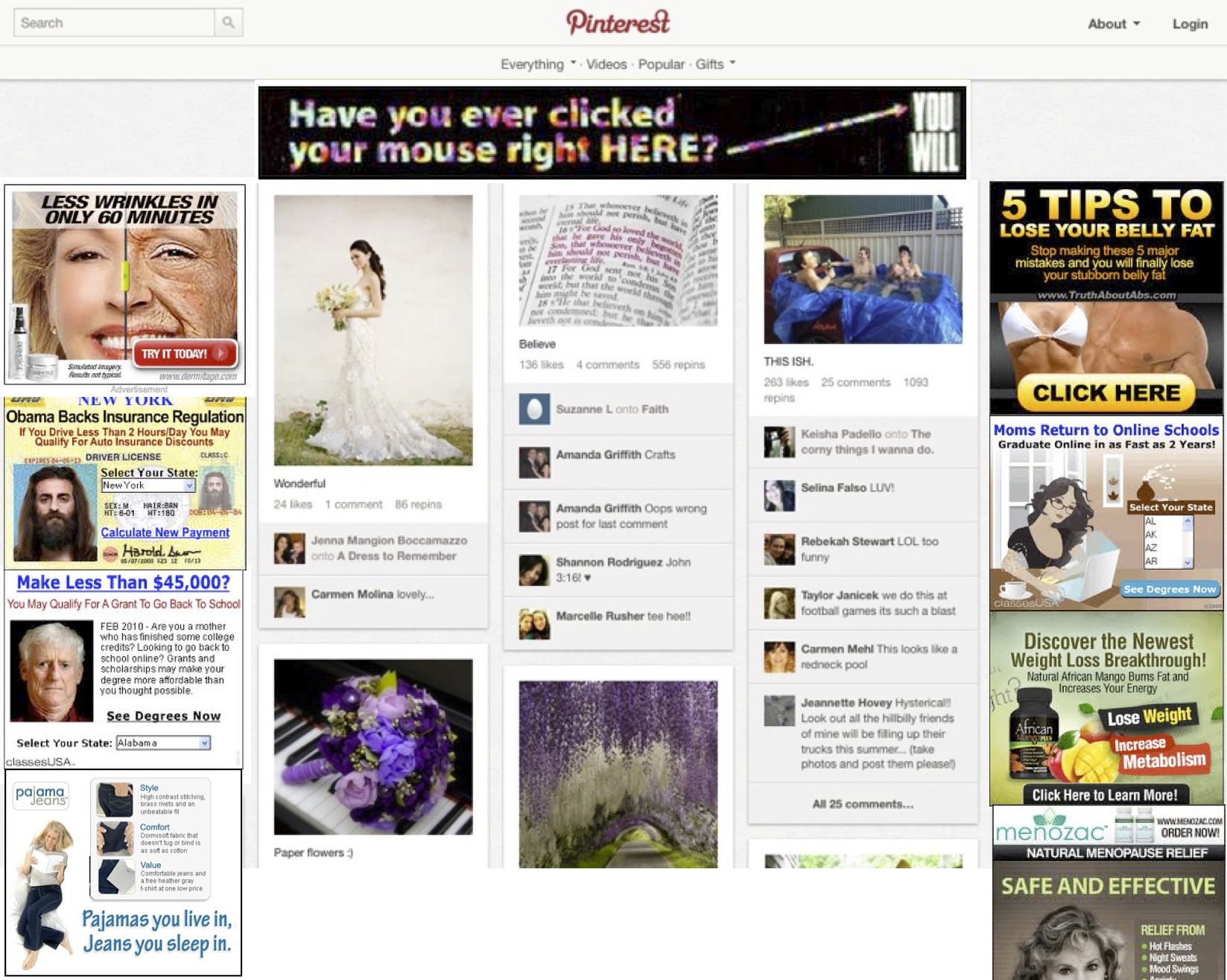 Pinterest has an ad-free interface, yet it is proving to be a powerful weapon for brands.

3. Native shepherds in a new wave of ad tech. There are countless sites and apps that have the ability to offer integrated, unique native ad experiences, but instead are still monetizing with AdSense or other standard display options. Why? Because it’s easy to set up, it does not require a direct sales team and their developers can focus exclusively on making their site experience as good as possible. While none of these motivations is going to change for publishers, the desire to offer native ad products will only increase as they see the industry increasingly heading that way. As a result, technology companies that can enable publishers to create and monetize native ad experiences will be a big growth area in the coming years.  A new crop of native monetization tech companies have emerged like Sharethrough for native video ads, Outbrain for natively promoted articles, and Solve Media for native ads in captchas, to name a few. 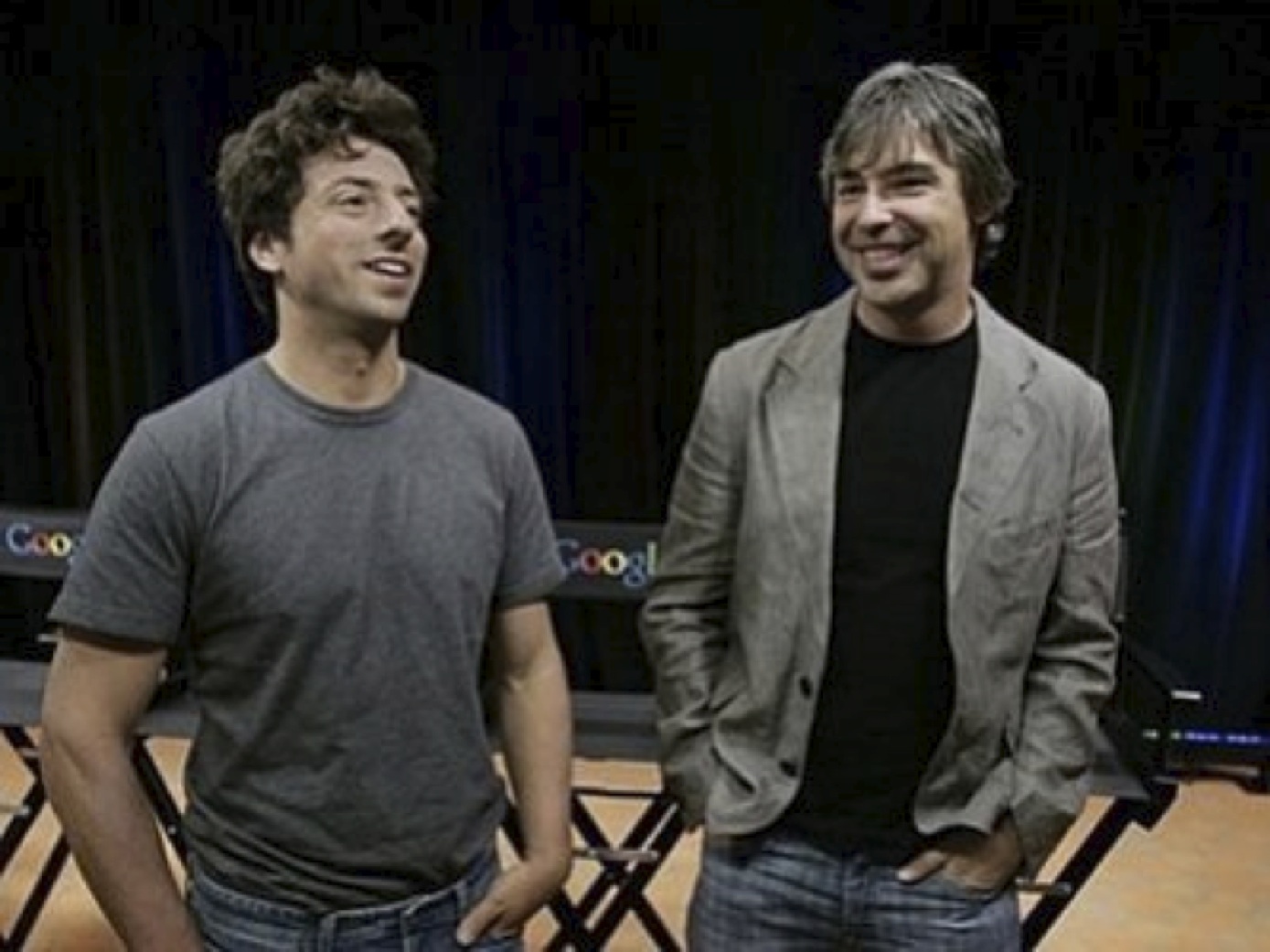 4. Advertising is no longer a dirty word for engineers. The most consistent users of “ad blocker” technology are Silicon Valley engineers. Advertising is just not a sexy pursuit for most engineers, largely because the bulk of advertising detracts from a site experience and annoys its users.  So it’s understandable that an engineer is not motivated to put in their blood, sweat and tears to increase the amount of interruption and add to the thoughtless ads on the web. Times are changing, though – native monetization offers a host of compelling technical challenges that are all in service of building a better internet, one where advertisers create value for users instead of interrupting them.  Some of the best engineering minds in Silicon Valley, like Kevin Weil and Gokul Rajaram, now work on the “revenue engineering” teams at Facebook and Twitter. 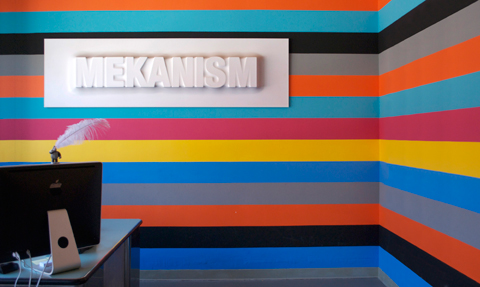 5. Native advertising empowers the creative industry in Silicon Valley. A brand’s ability to succeed with native ads is tied to the ability of the creative industry to continue creating great brand content for the native medium.  Promoted Tweets, Sponsored Stories and Paid Discovery are all new forms of media that the best creative agencies intimately understand and embrace.  Just like the cottage industry that grew up in Silicon Valley around SEO, we are seeing creative shops in Silicon Valley and the Bay Area come up in a big way. Groundbreaking Bay Area creative agencies like Mekanism, EVB and Pereira & O’Dell, as well as production shops like Portal A Interactive and Seedwell,  have all been built from the ground up around the DNA of Silicon Valley and have quickly become major players in the global ad game.  With a shared vision for a future where brands create and distribute content that creates value, not ads that interrupt and annoy, Silicon Valley’s creative minds are setting the tone for the next stage of worldwide digital advertising. [youtube=http://www.youtube.com/watch?v=fbdd_Fasz0k] Portal A’s tech-celebrity-inspired video for SF Mayor Ed Lee redefined what a campaign video can be.