Facebook has revealed that its HTML5 site has twice as many users as its iOS and Android apps combined. But that’s actually a problem, because Apple and Google’s mobile browsers don’t support photo uploads or high-performance animation for HTML5 — features that are crucial to getting Facebook mobile site users sharing more and convincing app developers to port to HTML5 where Facebook can tax payments.

To encourage mobile browser advancement, Facebook formed the W3C community group, but Apple and Google, the two partners it needs most, have refused to join. Since these oft-rivals to the social network own the dominant mobile browsers Safari and Chrome, Facebook’s efforts may have little impact, HTML5 apps and games will stay inferior, and both Facebook and the end user will miss out.

The audience for great HTML5 apps could be huge. When Facebook stopped reporting the user counts of its iOS and Android apps to AppData, Android had 95 million MAU, iPhone had 105 million MAU, and iPad had 20 million MAU. Given their trajectory they could now have well over 235 million combined monthly active users, and so could its HTML5 site. As of a few months ago, Facebook was driving 120 million visits a month to HTML5 apps. This all means Facebook has a big financial incentive to push the advancement of mobile browser standards. 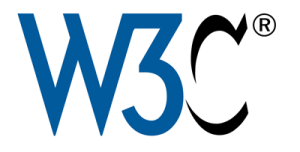 Facebook doesn’t view its HTML5 app support as a traditional mobile app platform like iOS or Android. Rather it thinks of itself as a social layer that’s integrated into iOS, Android, and HTML5, but that happens to support payments for mobile web apps. The core of Facebook’s business is advertising, but it still makes healthy revenues from the 30% Credits tax on its web game canvas. As more and more gaming shifts to mobile, though, it would help if HTML5 was good enough to support advanced apps that Facebook could then offer viral distribution for and monetize in return.

To fill us in on how it’s trying to jumpstart mobile browser progress, Facebook recently brought several journalists to its headquarters to meet James Pearce, head of mobile developer relations. This year Facebook released the open source Ringmark mobile browser testing suite that shows how many of the core capabilities necessary to build HTML5 apps does a browser support. To date, no browser or device has completed Ring 1, which includes camera access, DRM, and accelerated canvas for graphics-intensive games. 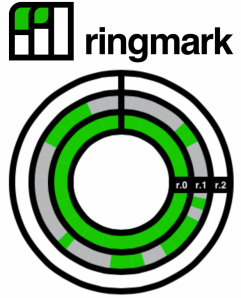 Safari and Chrome could probably become Ring 1-complete if Apple and Google really wanted them to, but they’re focused on their surprisingly successful native app platforms. Better HTML5 support would also mean developers could port their current iOS and Android apps to HTML5, giving users options beyond the app store where Apple and Google can’t monetize payments.

In hopes of persuading them to juice up their mobile browsers, Facebook created the WC3 community group to galvanize support from app developer, carriers, and OEMs, and the rest of the mobile industry. Mozilla and Opera are on board, but they don’t have enough distribution to make that significant. If Facebook can amass a enough rabble-rousers maybe it can get popular mobile browsers to do comply.

Pearce didn’t address the two other web giants with “Yo”, but he did tell us Apple and “Google [are] the audience for what this community group is producing. Its output is a series of prioritizations about what the browser vendors need to do. It’d be wonderful if in the future we saw Ring 1 browsers. Everyone in the industry has the motivation to see this be successful. We’re not swimming against the tide here. There’s not necessarily a need for us to beat anyone with a stick. They know this needs to happen.”

Apple and Google should put politics aside and the user first, devote more resources to mobile browser development, and bring mobile Safari and Chrome up to snuff. There’s certainly some shortcomings to HTML5, but Apple and Google employ some of the smartest people in the world. Even if it helps Facebook, it’s the right thing to do. Maybe one day an Instagram or even an Infinity Blade could run straight from your mobile browser.

Postscript: Unfortunately, despite their app sales revenue being dwarfed by Apple mobile hardware and Google mobile advertising, these two still have a vested interest in seeing HTML5 lag behind native apps. Don’t expect them to pour money into HTML5 until they absolutely have to.