Microsoft is pushing their Windows Phone platform like crazy these days — it recently debuted in China, and the flagship Nokia Windows Phone is due to hit U.S. shelves shortly with a huge marketing blitz in tow — but the company still has a little app problem to deal with.

More than a few developers still don’t see developing Windows Phone apps as a priority, and the New York Times reported yesterday that Microsoft is doing what they have to in order to change those minds. Among other things on their list of tactics, Microsoft has offered to fund process of bringing big-name apps to Windows Phone “where it makes sense.”

Microsoft is no stranger to this sort of thing — they’ve offered plenty of free Windows Phones to developers in the past in an effort to spark some interest in their still-growing platform. Hell, Microsoft has been offering financial support to developers since before the first Windows Phones were even released.

Among the parties who have taken up Microsoft on their generous offer is Ben Huh of Cheezburger Network fame (not to mention soon-to-be reality TV star), who told the Times that Microsoft “took care of everything” when it came to developing a lolcat-touting Windows Phone app. Foursquare jumped on the wagon too, with bizdev head Holger Luedorf mentioning that a Windows Phone app was low on their list of priorities until Microsoft offered to underwrite its development.

Despite Microsoft’s paradoxically small presence in the mobile space they’ve got a decent-sized checkbook to play with. I can’t blame Microsoft for trying to buy love from developers — right now, they’re just fighting to keep up with major releases that have already found their way to other platforms. If they want to stand any chance at gaining traction in this market, they’ve got to give their customers the impression that they’re not missing out on anything by taking a chance on Windows Phone. 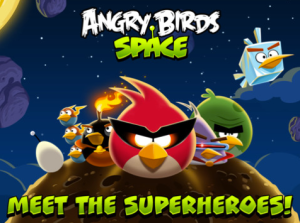 Take the Angry Birds kerfuffle for example — Rovio CMO/Mighty Eagle Peter Vesterbacka ruffled more than a few feathers when he remarked that Angry Birds Space wouldn’t find a home on Windows Phone. Rovio followed up the next day with news that the franchise’s latest game would indeed make the WP transition, but writers and pundits had plenty of fun with the news while it lasted.

That’s exactly the sort of thing Microsoft needs to avoid, and it seems as though they’ll grease the palms they need to to keep it from becoming an issue. While those highly popular, big-name apps may keep consumers from regretting their choice of smartphone, Microsoft still has another issue to contend with: many of the apps to be found are awful.

You see, the news comes just a few days after the number of apps in the Windows Phone Marketplace tip-toed over 80,000 (that includes region-specific apps, your mileage may vary). It seems like it would be quite an achievement, and it gets them that much closer to the milestone, but sifting through the junk can be a hell of a thing. My former colleague (and my favorite Belgian) Robin Wauters has a great piece on The Next Web about how the Windows Phone app store is populated by questionable, derivative crap.

Make no mistake, Microsoft knows about these cr-apps. Last year, they had to cut down on the number of apps a developer would be able to submit to the Marketplace in a single day, from 20 down to 10. It was all in an effort to stem the hordes of spammy app submissions that would flood the Marketplace’s New section, which meant that actual good apps from honest developers may not get the shot they deserved. It’s an environment that doesn’t always seem very conducive to developers on the up-and-up.

And there will be plenty of those developers, if Microsoft has anything to say about it. The Wall Street Journal notes that Microsoft has put plenty of time and money into sponsoring over 850 developer sessions across the globe in 2011, which the Journal says is triple the number they held the year before.

Now, it’s awfully easy to rag on Microsoft and Windows Phone for its app troubles, but they’ve got a great opportunity here. The Windows Phone platform is the youngest of the major smartphone OS competitors, and while it isn’t as pervasive or as popular as iOS or Android, this sort of hands-on approach may end up paying off big time. It’s a fight that must be fought on multiple fronts — Microsoft should ideally be more stringent with submissions but keep the process smooth for well-reputed and promising developers, as well as making sure those big-name apps keep pouring in. Whether or not Microsoft’s machinations will make for a real three horse race remains to be seen, but you can bet that won’t keep the folks in Redmond from trying anyway.