Wondering what to call the newly announced iPad hardware, demonstrated at this morning’s Apple event in San Francisco? Well, it’s not going to be the “iPad 3,”  the “iPad HD,” or even the “iPad 2S.”

Nope, the new iPad will just be called “iPad.” That’s not confusing at all. 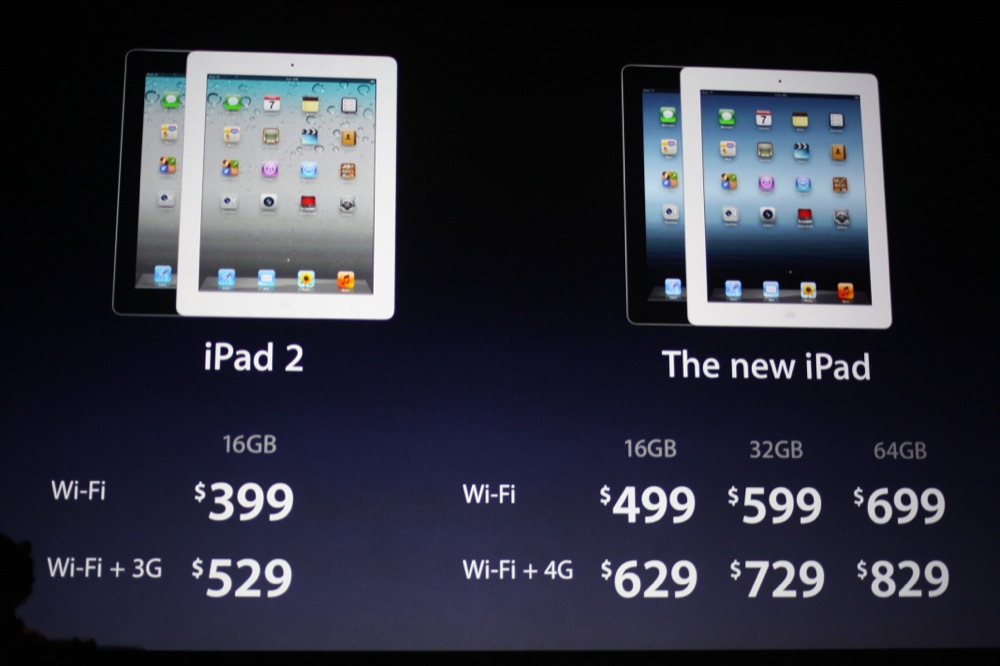 But the name change – seriously? This means we’ll now be referring to the two currently available devices as the iPad 2 and just “iPad?” And what about the first generation device, which many people (myself included) still own? The iPad 1? iPad the original? iPad Classic? (Ha.)

Or maybe we should just call the new iPad “the new iPad,” like Apple wants us to. After all, isn’t that how you refer to the thing in casual conversation? Sure. That will go over well:

Hey, do you have the new iPad?

No, it’s just called the iPad.

So you have the first one?

For what it’s worth, TechCrunch’s Alexia Tsotsis says she heard this news prior to today from a source very familiar with the matter, and would have written about this herself, if she wasn’t supposed to be on break. (Something about feeling all stabby. I don’t know.)

“When every other tech blog was annoyingly bullshitting about it being called the iPad 3 or the iPad HD,” Alexia tells me, “my source was all ‘it just says iPad on the back.’ Turns out, they weren’t being enigmatic.”