Now more than ever, social media has become an integral part of the political campaign, and the race has moved to the web. And according to a Pew Survey from 2011, almost half of all Americans make political decisions in part because of information and news shared with them online. As a result, candidates want to earn more Twitter followers, Facebook likes, and YouTube views than their opponents. Whistlestop, a new political technology startup launching today, wants to help democratize social media data on political candidates to allow voters to track and support these politicians.

Basically, Whistlestop aggregates data from multiple social media sources, including Twitter and
Facebook, and uses this data to create a site where candidates face off and success is measured, in real time, by candidates’ digital support.

For the power users, Whistlestop allows you to follow candidates on the site, and rewards users for activism on the site (i.e. sharing, donating) with custom badges. For now, Whistlestop is only featuring candidates from the presidential, congressional and senate elections but eventually will expand to state and local politics as well. The site will also add data from other social media platforms, including YouTube.

Alexander Benard, Whistlestop co-founder and CEO, explains that the site’s goal is to make digital
politics more transparent, as social media plays a significant part of the horserace in the current political climate. 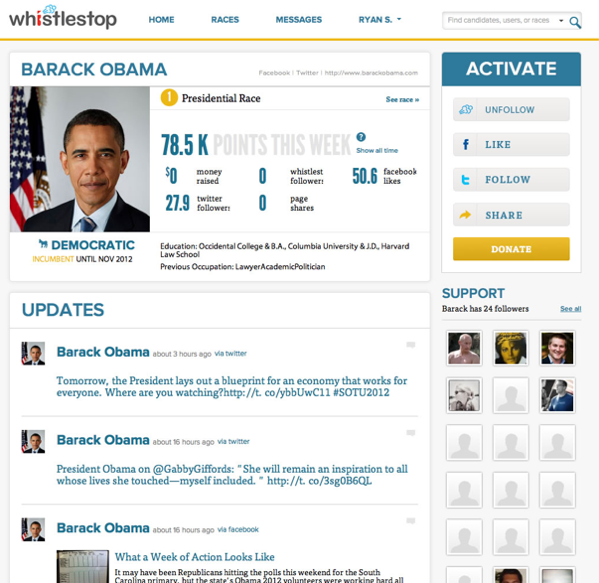 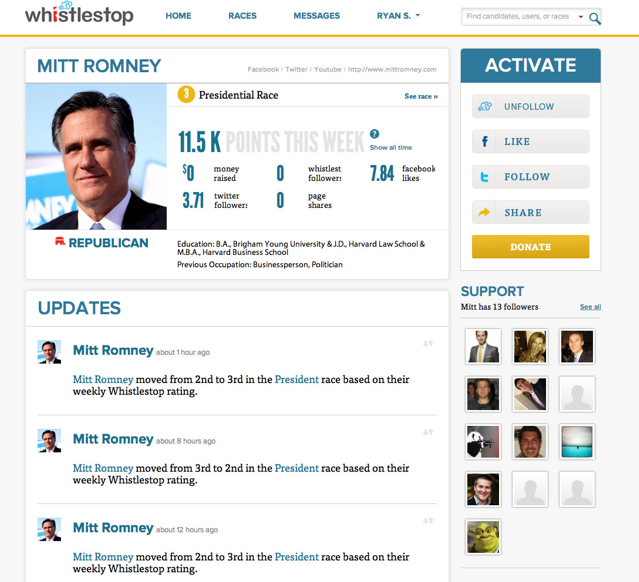