With Android accounting for the majority of smartphones worldwide at the moment, it’s finally also starting to become the most dominant player in apps, too.

Figures out today from analytics firm Xyologic note that Android now accounts for the majority of downloads in the U.K., Germany and Russia, and predicts that the U.S. will be the next to go Google in either March or April. This is a sea change from months past, when Apple – the early mover in apps – has always dominated in app download activity, despite the fact that it has been trailing other platforms in terms of users.

Xyologic says that this now means that Android is dominating in nine different countries in app downloads, representing a mix of advanced and still-developing markets. In addition to the U.K., Germany and Russia, Android became the dominant platform in Czech Republic, Poland and Portugal in August 2011; it took over in Brazil in October and Spain in November.

In terms of which apps fare the best: Xyologic says Facebook is still dominating as the most popular app in the U.K., with 1.2 million downloads, with U.K. users in general favoring non-U.K.-specific apps. Of the top 100, in fact, only seven came from the U.K. market – within those, the Sky Sports Football app from broadcaster Sky was the most popular.

Perhaps because of the language issue, in Germany, there was more interest in local content, with 16 apps in the top 100 local apps. And in Russia even more so, with seven of the top 20 apps in Russian. Russia was the only country, in fact, that had a native-language app as the most popular download of all. It’s a joke collection, “Anekdoty.”

What this research doesn’t point out is how many of these apps are paid versus free on each platform, and what kind of an impact that has on downloads. 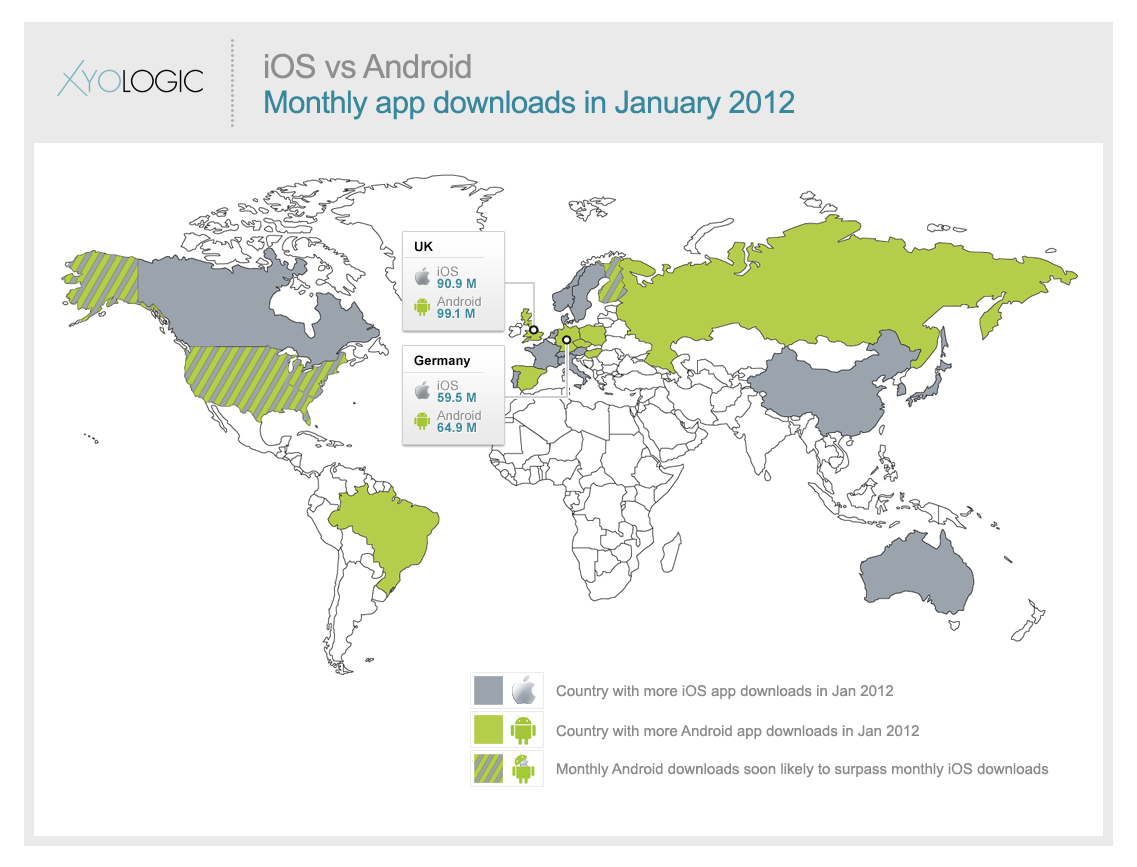