According to new research from the NPD Group, Apple passed LG and Samsung to become the top-selling U.S. handset brand in Q4 2011. Combined, the three available models of the iPhone (iPhone 4S, iPhone 4 and iPhone 3GS) accounted for 43% of the U.S. smartphone market.

Android, however, continued to see larger market share at 48%.

Together, iPhone and Android accounted for over 90% of U.S. smartphone sales, leaving little room for any up-and-comer like Windows Phone, or even the declining brand that is RIM’s BlackBerry.

NPD suggests that the reason for these consumers’ Android preference has to do more with availability – Android has “wide carrier support,” the report says. Also helpful is Android’s large app selection and its support of LTE at Verizon. 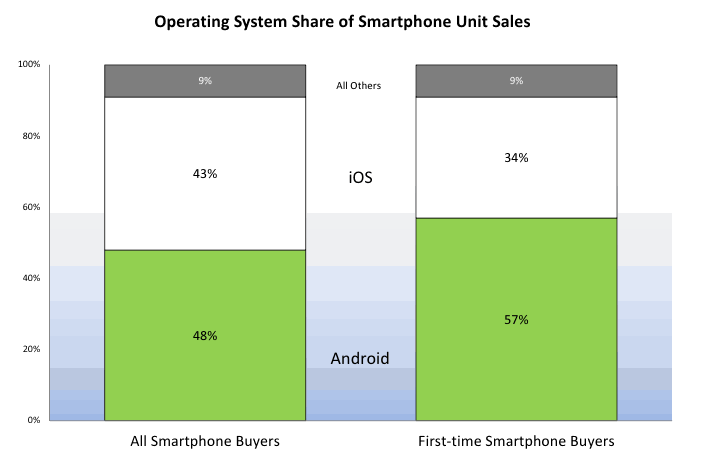 Not surprisingly, Apple’s record-breaking quarter (its fiscal Q1, running September 25-December 31), led to the iPhone 4S coming out on top as the best-selling handset in Q4. It also earned the top three slots among the top five handsets for the time period: