Those of us who have been following the social gaming industry already know that Zynga makes up a big portion of Facebook’s revenues. But lots of public investors only seem to have gotten the memo on Wednesday evening, when Facebook’s S-1 filing revealed that the developer accounts for 12% of its total revenues, or $445 million.

This is far more than most analysts had previously projected. The ones who began covering Zynga after its December IPO had pegged its stock well under ten bucks. When analysts at banks who underwrote Zynga entered the fray a couple weeks ago, they were unsurprisingly more bullish. Following the end of the quiet period, Goldman Sachs, Morgan Stanley, J.P. Morgan and Barclays Capital, along with analysts from banks not involved in the IPO, all put their target price above Zynga’s public opening amount of $10.

This drove the Street’s average target price up to $11.08, as you can see from the StreetInsider table below. 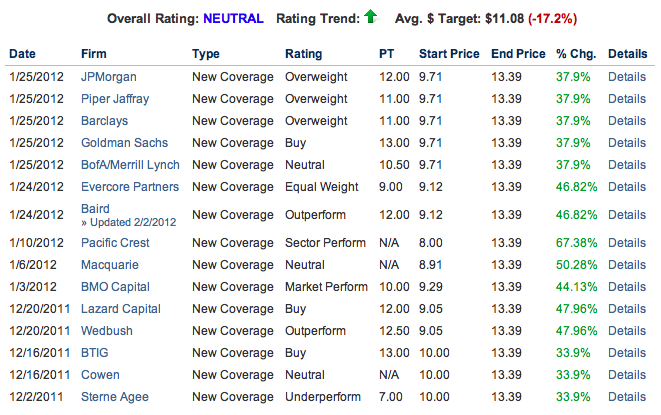 Existing industry research, namely the Inside Virtual Goods report from my previous company, Inside Network, had indicated as of last fall that virtual goods revenue from Facebook applications reached $500 million last year. Facebook’s prospectus more than confirmed this on Wednesday, revealing that a strong fourth quarter had actually put the number a little higher, at $557 million.

There are other data points you can use to try to figure out Zynga’s position with that number. AppData traffic shows that it has a dominant traffic position on Facebook’s platform. It gets 90% of its revenue from Facebook, but first Facebook collects 30% of its virtual goods transaction sales, per terms that have been in effect since midway through last year. And, Zynga has since at least 2009 used Facebook ads as a main way to bring in new and returning users.

The problem is how to add this up. The Wall Street Journal’s Rolfe Winkler explains the confusion in how to calculate the results:

Zynga will do its first ever earnings call on February 14th. Get ready for some new estimates. 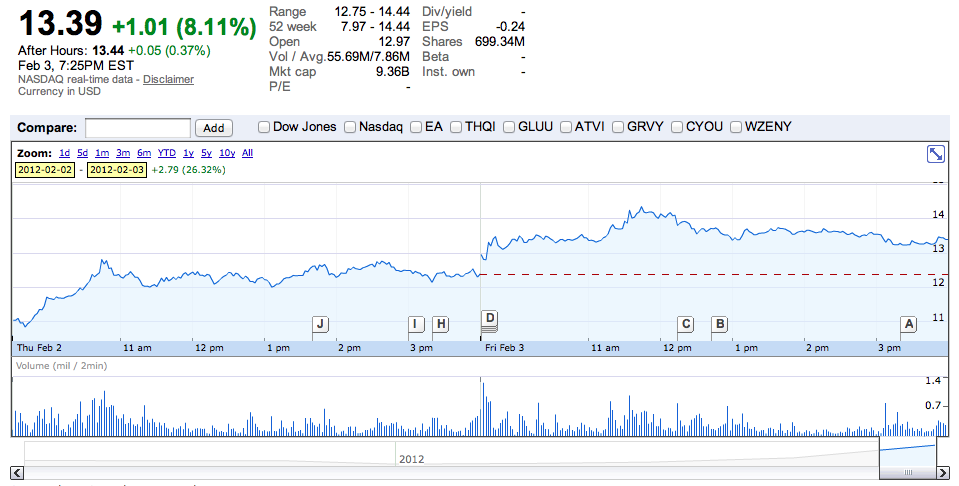