Nokia’s UK YouTube account has posted a video (below) promoting the pink Lumia 800, and shockingly enough it seems pretty targeted toward women.

Here’s the thing: It’s pretty obvious that, with a pink phone, the majority of its owners will be teenage young ladies. That’s fine. But doesn’t a commercial that shows only women enjoying the phone kind of ruin it for guys? What if there’s a young man in the UK that was really excited about the pink Lumia 800? He’s probably not so excited after seeing this commercial.

The same thing could be said for the HTC Rhyme. The phone was actually a pretty solid, well-priced device. The problem was that it came in purple, and was equipped with something that can only be referred to as a purse charm — a little dangly glowing gem that lights up when the phone rings. 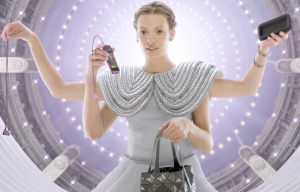 Did you guys see Verizon’s ad for the Rhyme? It’s not only terrifying, but it shows a lady (with six arms) pulling this purple phone out of her purse. The phone comes in a sort of gold and silver, and the “charm” could probably be marketed as something guys let hang out of their briefcase or gym bag, but Verizon doesn’t present it that way.

There’s nothing wrong with building a phone that caters to a certain type of user. Some people use their phone mostly for work, while others are textaholics, and still others have to update Facebook every five seconds — gender makes no difference.

But by marketing directly to a certain gender (or race, or orientation), you immediately discourage every one else from picking up the phone.

Is the pink Lumia 800 any less appealing to women if the commercial shows a guy using it?

Truth be told, this commercial isn’t nearly as bad as Verizon’s, but Friday makes me feel ranty.