How did Facebook become worth so much money that it could file for the biggest IPO in tech history? By building a highly defensible product, platform, and advertising business on top of brilliant talent and valuable data. It now has several competitive advantages that protect it from disruption and could give it a long life as the primary online identity provider. Here are the 5 components that make Facebook a smart long-term bet for investors, regardless of its exact IPO pricing.

Displacing Facebook as the mainstream online social network would be next to impossible. It brought authenticated identity to the internet –a crucial utility that compelled users to join. No other service may be able to add on top of Facebook something as valuable as what Facebook added to Myspace, friendster, and other services where you didn’t have to be yourself.

Facebook’s ingenius distribution strategy, detailed in The Facebook Effect by David Kirkpatrick, allowed the service to capitalize on this value-add and spread to the farthest reaches of the globe. Eventually the network effect took hold, with Facebook’s ever-growing user base making it ever-more valuable and attractive to new users. 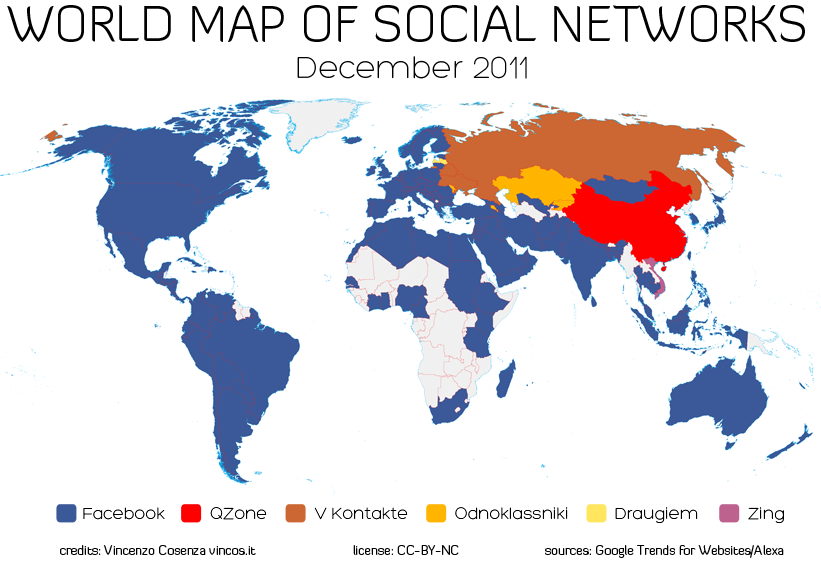 And now inertia has set in. Users have invested considerable time into Facebook building their profiles, walls, interest graphs, and most importantly, their social graphs. As Facebook handles a wide range of use cases and a critical mass of any person’s friends already using it, a competing social network can’t just be as good or better, it would need to be massive improvement to lead users astray. The insulation to competition provided by the network effect makes it a safe long-term bet for investors.

For five years, Facebook has been collecting data and refining its EdgeRank algorithm, which determines what of all the content your friends share ends up in your news feed, and how prominently. By using Likes, comments, and shares to determine what’s most relevant, Facebook had developed arguably the best automated content curation engine in the world. The news feed also gets to draw on the web’s largest database of photos, and the friend tags they feature which helped Facebook go viral. 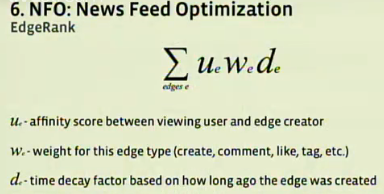 For new users without tons of data points, Facebook can still predict what they might be interested in seeing. For existing users, especially veterans of the site that actively use its feedback mechanisms, the news feed consistently surfaces relevant content. EdgeRank creates that the highly addicting experience that drives Facebook’s enormous time on site, return visit rate, and engagement. Even if Twitter or Google+ had all the content of Facebook, it could take them years to develop an algorithm that produces such a relevant feed.

Mark Zuckerberg sees the future. His product vision allows Facebook to release features that users grow into rather than out of. Zuckerberg has integrated progressive home brewed ideas as well as those that couldn’t reach their full potential when launched elsewhere. He has pushed the service to constantly reinvent itself, allowing it to stay cool and relevant 8 years after launch.

Zuck’s dedication to making the world a better place through interconnection and openness has also attracted other visionaries. COO Sheryl Sandberg‘s efficiency has made the company very profitable, and her willingness to experiment means Facebook will continue to revolutionize advertising through behavioral targeting and social content-infused ads. VP of Product Chris Cox has led Facebook’s social design movement, where 1st and 3rd party products are made to leverage Facebook’s data and community from the start, rather than bolting them on.

With the promise of changing the world and a lean, fun-loving company culture, Facebook has been pulling top engineering, product, and business talent away from larger companies like Google that are saddled with product bloat and bureaucracy. It’s also been aggressively acquiring disruptive startups such as Paul Bucheit and Brett Taylor’s FriendFeed, Blake Ross’ Parakey, Sam Lessin’s Drop.io, and Josh Williams’ Gowalla. The rockstar product designers and executives ensures innovation will continue to flow from within Facebook.

The IPO will provide Facebook more cash for acquisitions and give its talent the liquidity they deserve. Though there’s always the chance they could cash out and leave, the ability to sell a little stock and upgrade their lifestyle might keep employees happy enough to stick around.

The Apps and Games Platform

Facebook has created a gaming platform proven to offer viral growth. While the service has curtailed some of loudest viral channels, organic growth opportunities remain and on-site advertising for games has produced high returns on investment for companies like Zynga. Facebook has fostered an enormous community of developers that pay while populating the site with engaging apps and content, and that won’t ever disappear overnight.

Facebook games are often infinite building simulations or twitch puzzlers, have long session lengths, and let users make vanity purchases so they can show off while simultaneously hooking them deeper into a game. They readily produce “whales”, or people who spend orders of magnitude more than the average player. Mobile is emerging as a lucrative platform for Apple and Google, and Facebook is just getting started there, but it does have an enormous install base to work from.

By attracting developers early with free growth, clamping down once they had invested, and then taxing them 30% through its virtual currency Credits, Facebook has turned its games platform into a consistent money maker. Now some developers are experimenting with digital media sales and rentals, pay-per-view, as well as offering virtual currency microincentives, showing potential for platform monetization beyond games. 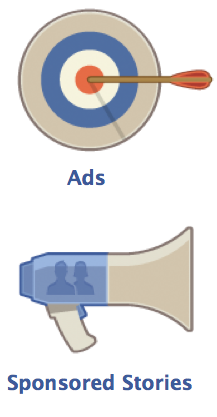 Age, gender, current city, hometown, employers, education, friends, interests, and now in-app activity and ecommerce habits. When users share this data with friends, they’re also sharing with Facebook. This gives Facebook possibly the most accurate and robust set of ad targeting data in the world. With both an self-serve tool and ad reps handling premium accounts, Facebook can provide effective advertising solutions to both local business and international brands.

Facebook has developed eye-catching ads by combining this targeting with social-content infused ad creative. Viewers see the names and faces of friends who Like an advertised brand. Interactions between their friends and brands, such as Likes, app usage, and checkins, can become the ads themselves through Sponsored Stories. These trump, and are increasingly pulling spend away from more cookie-cutter display and search ads targeted through cookies and keywords.

Facebook has only begun to monetize through ads. The sidebars where ads primarily appear have been kept small and unobtrusive. Facebook is now mixing ads back into the web version of the news feed, where they’re sure to be seen between organic social content. Facebook has yet to show ads to its hundreds of millions of daily mobile users, but Sponsored Stories could show up there soon too. Finally, it could one day create an ad network that allows other sites to pay to show logged-in Facebook users the same highly targeted social ads they see on Facebook.com.