955 Dreams, the startup behind Apple’s iPhone App of the Year Runner Up “Band of the Day,” is today releasing the new tablet-optimized version of the app for the iPad. In addition, the company announced it has closed on a $3.25 million round of seed funding. Investors participating in the round included 500 Startups, m8 Capital, Kapor Capital, Felicis Ventures and CrunchFund (Disclosure: TechCrunch Founder Michael Arrington is an investor in CrunchFund).

As a part of the funding, Dave McClure of 500 Startups will join the company’s board, filling the first seat held by an outside investor.

955 Dreams’ Band of the Day app was released late last year, and was soon adopted by hundreds of thousands of users in its first few weeks on the App Store. The app, which features free songs (full songs, not just clips), artist bios, reviews, music videos and more, caught the attention of those at Apple thanks to its popularity as well as its unique design. The company had previously focused on long-form experiences like the App Hall of Fame title, The History of Jazz, but with Band of the Day, the team began to push out new content on a daily basis.

955 Dreams is not just a development shop that builds apps – it actually writes the artists’ reviews itself for Band of the Day. Explains Co-founder Kiran Bellubbi, “we’re a publishing company, and [our apps] are built on our own publishing platform.”

The platform powers all of 955 Dreams’ mobile apps, including Band of the Day, The History of Jazz and On the Way to Woodstock, all three of which were App of the Week, two of which made it into the App Store Hall of Fame, and one (BotD), which made it to App of the Year runner up. In other words, every time the company launches an app, they hit it out of the park.

With Band of the Day in particular, it was the combination of the editorial and the app’s overall design, with its simple, efficient and elegant navigational elements, that helped it reach over half a million users in just four months. With the launch of the iPad version today, the company expects to reach several million by the end of the year.

The new tablet version of the app is similar to the iPhone version in terms of feature set, but takes advantage of the large screen. Although the style is very magazine-like, the app is careful not to take up too much space on the iPad’s hard drive, as some magazine apps do: it’s only 10 MB.

Says Co-founder and CDO T.J. Zark of the new iPad version, “we refined every speck of the experience, the UI, the backend, and the overall look of this product. Just like the calendar that Band of the Day is built around, the way band photos reveal as you run your finger over the calendar…this is the result of a thousand tiny iterative decisions. We try very hard to take nothing for granted about the end experience. We strive to delight users!”

The company is also now experimenting with Android and is preparing to make its app publishing platform available to select partners, perhaps one or two content providers this year. “We’re talking to a few of them,” says Bellubbi, “but it depends on the reach of the content and the quality of the content. That’s extremely important to us.”

In fact, Bellubbi was downright obsessive about his products’ quality, scoffing at any so-called competition. “My personal belief is that when you put garbage into a garbage platform, you’re going to get garbage out…We try to focus very much on the user experience, and there are no compromises made.” (No wonder Apple likes them).

The new Band of the Day iPad app is available for download here. 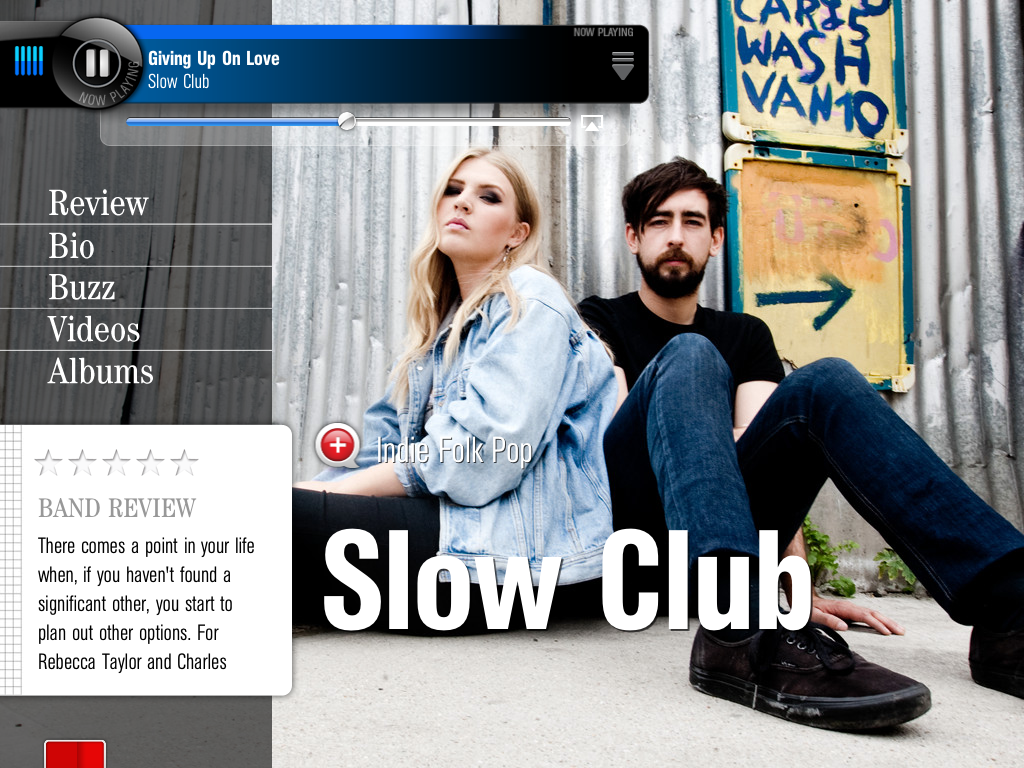 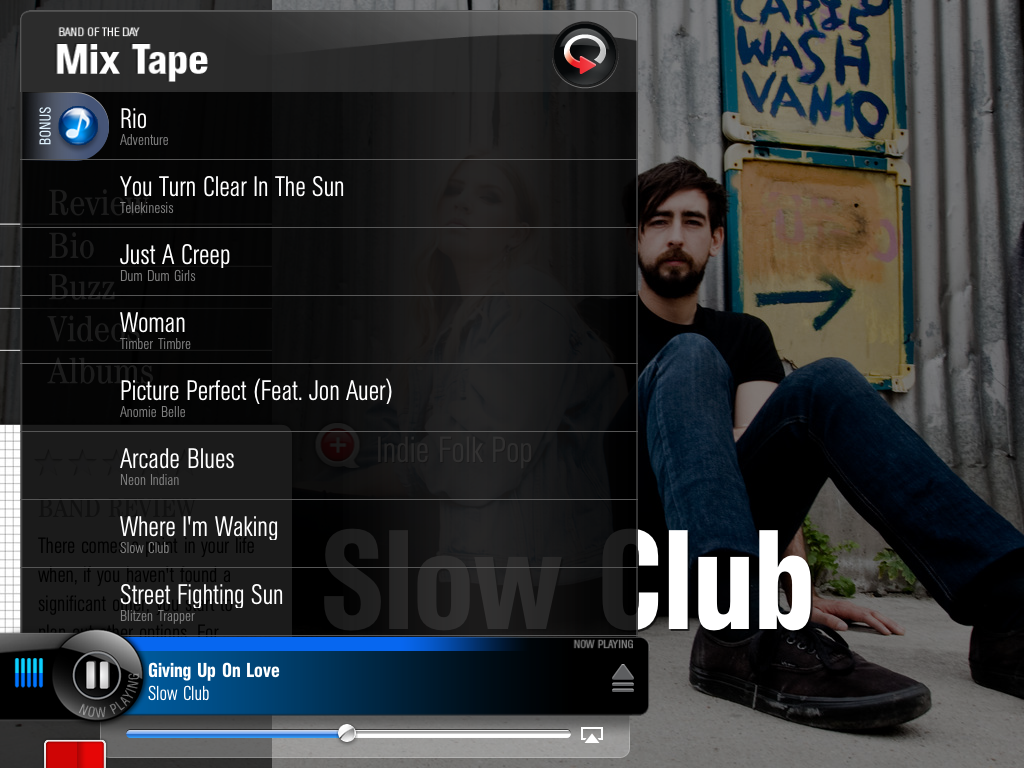 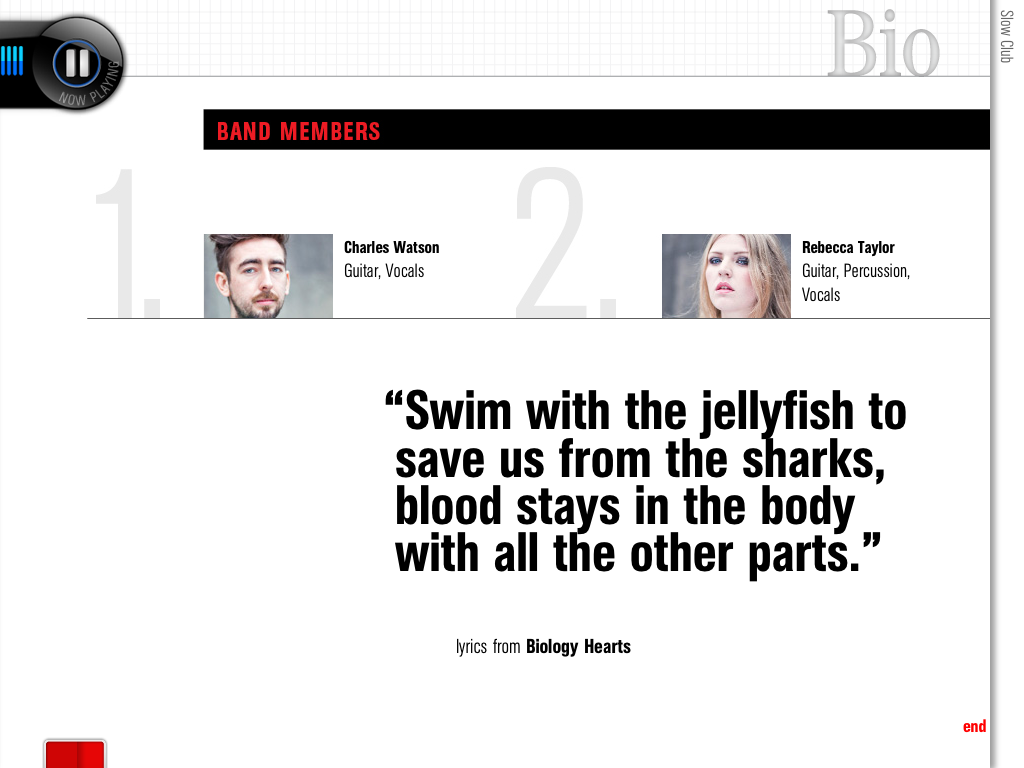