Here we are, about to get bombarded by marketing nonsense and hyperboles. Yep, we’re at Monster’s press conference. Say what you will about the company, but they know how to sell. Their press conferences are as ostentatious as their marketing. It’s good family fun for all.

We’re currently sitting outside in some random hallway deep in Vegas’s Venetian hotel. It’s hot, stuffy, and filled with smelly bloggers pulling roller bags. Ah…CES, how I’ve missed you. The festivities are set to kick off at 9:00 am PST and if I had to guess, I’d say we’re in for 45 minutes of new headphones and HDMI cables. 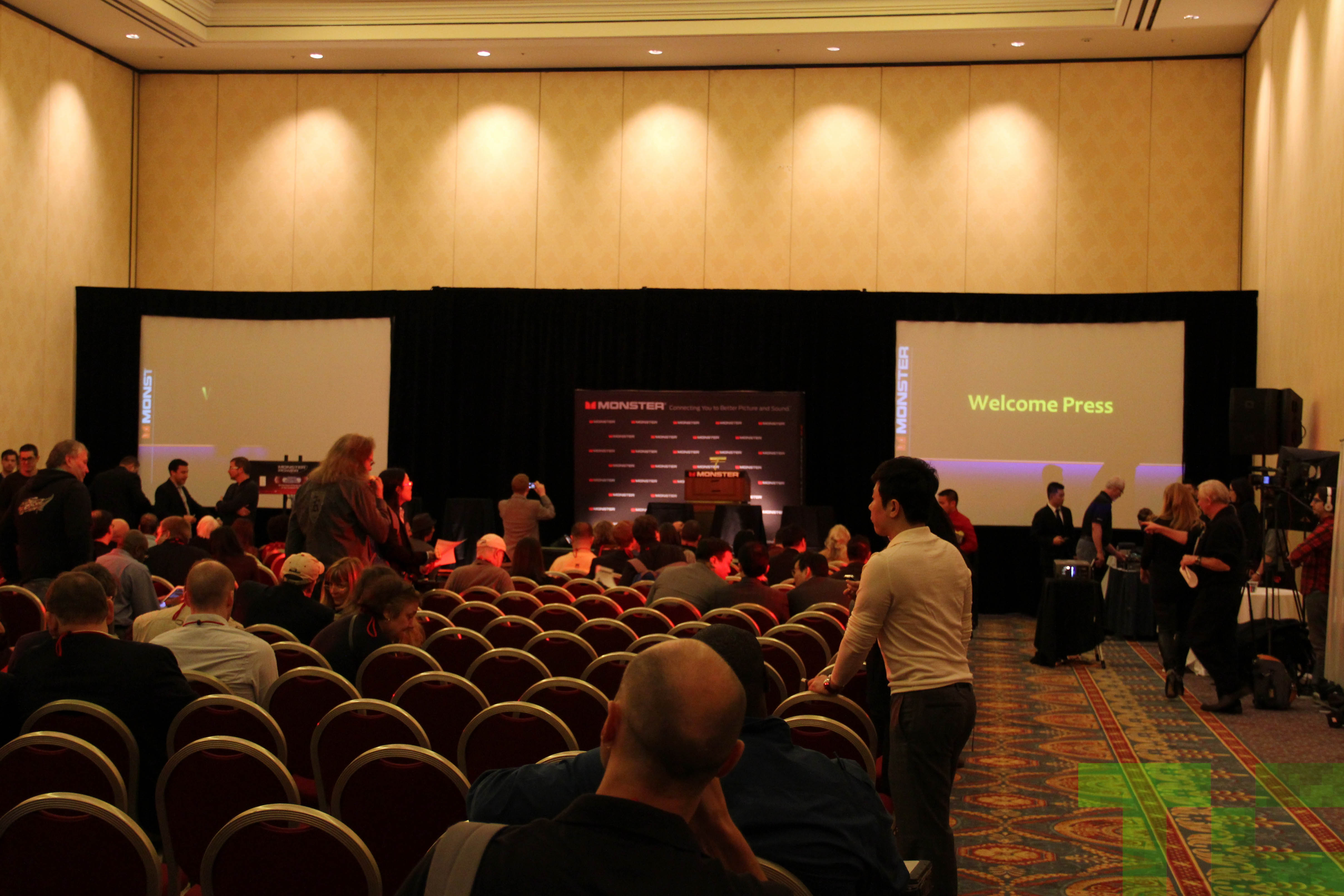 *Play that that funky music, white boy!* Oh the music of press conferences. 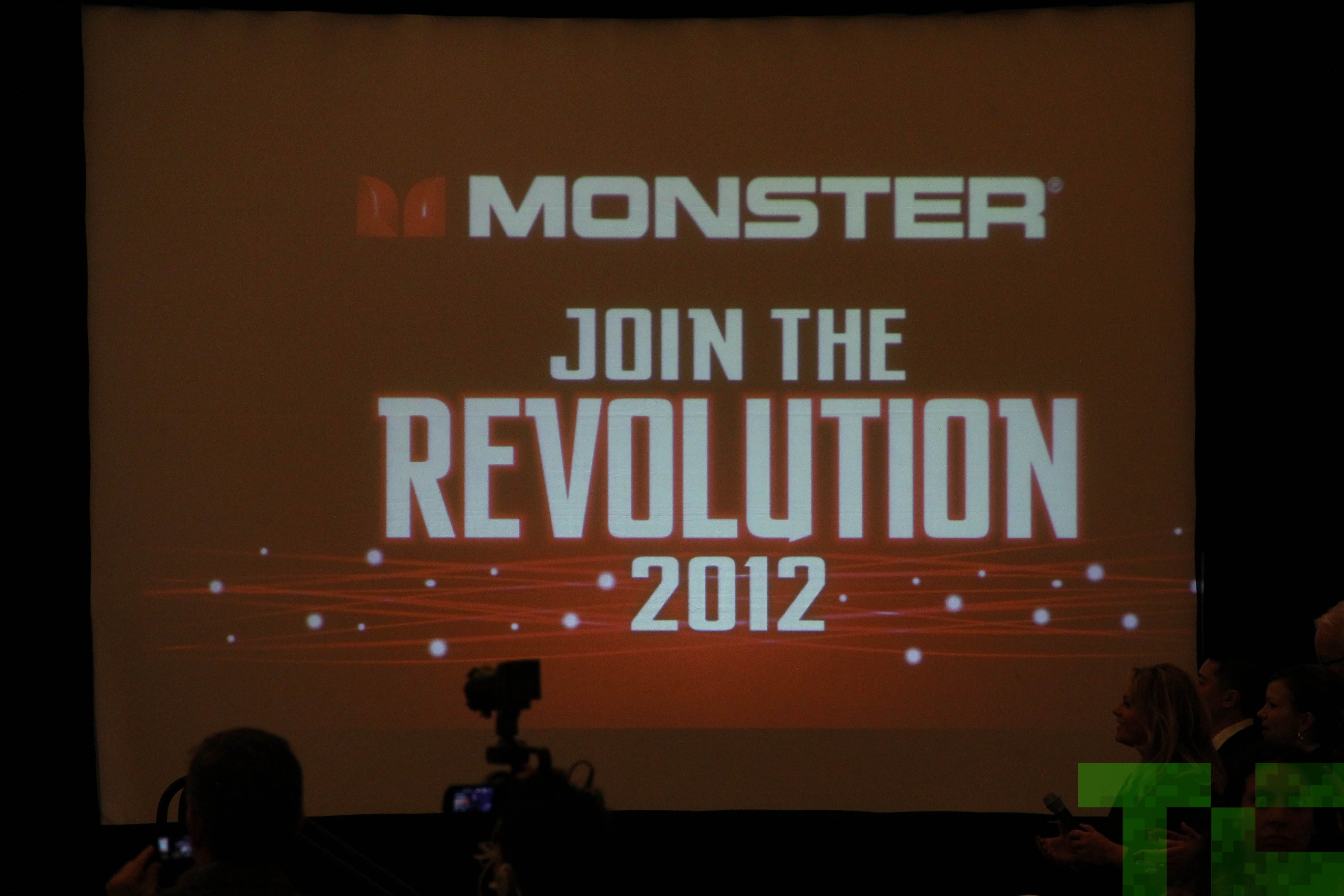 First up, Noel Lee just announced that his company, Monster Cable, is no longer Monster Cable. It will now be known as Monster. Let the new round of silly trademark infringement lawsuits begin! 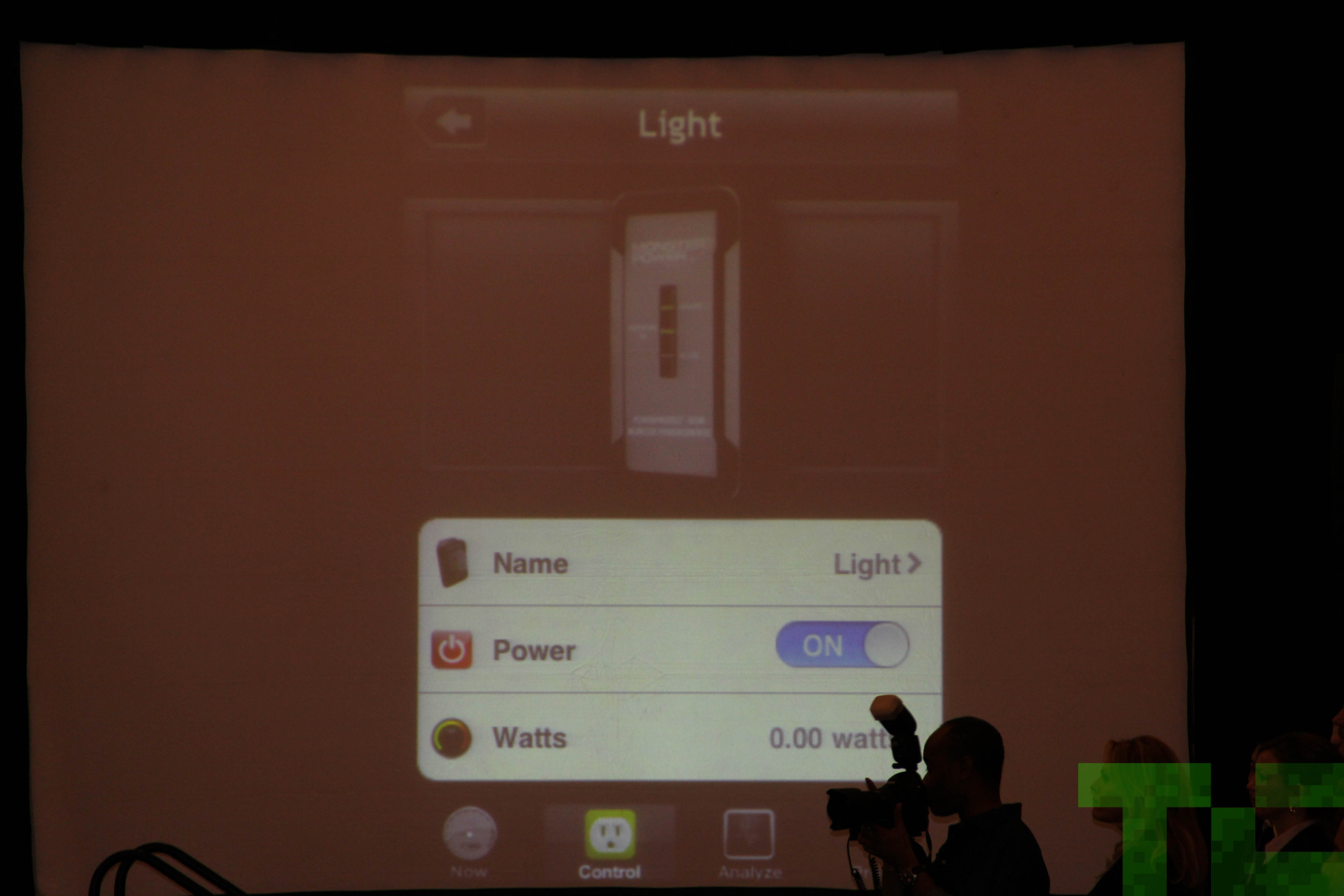 Monster is partnering with People Power to produce a new generation of power products that can be controlled over the Internet. “Energy management for the people,” says People Power CEO Gene Wang. “The most advance power solutions,” says Noel Lee. “Energy saving is what it’s all about.” 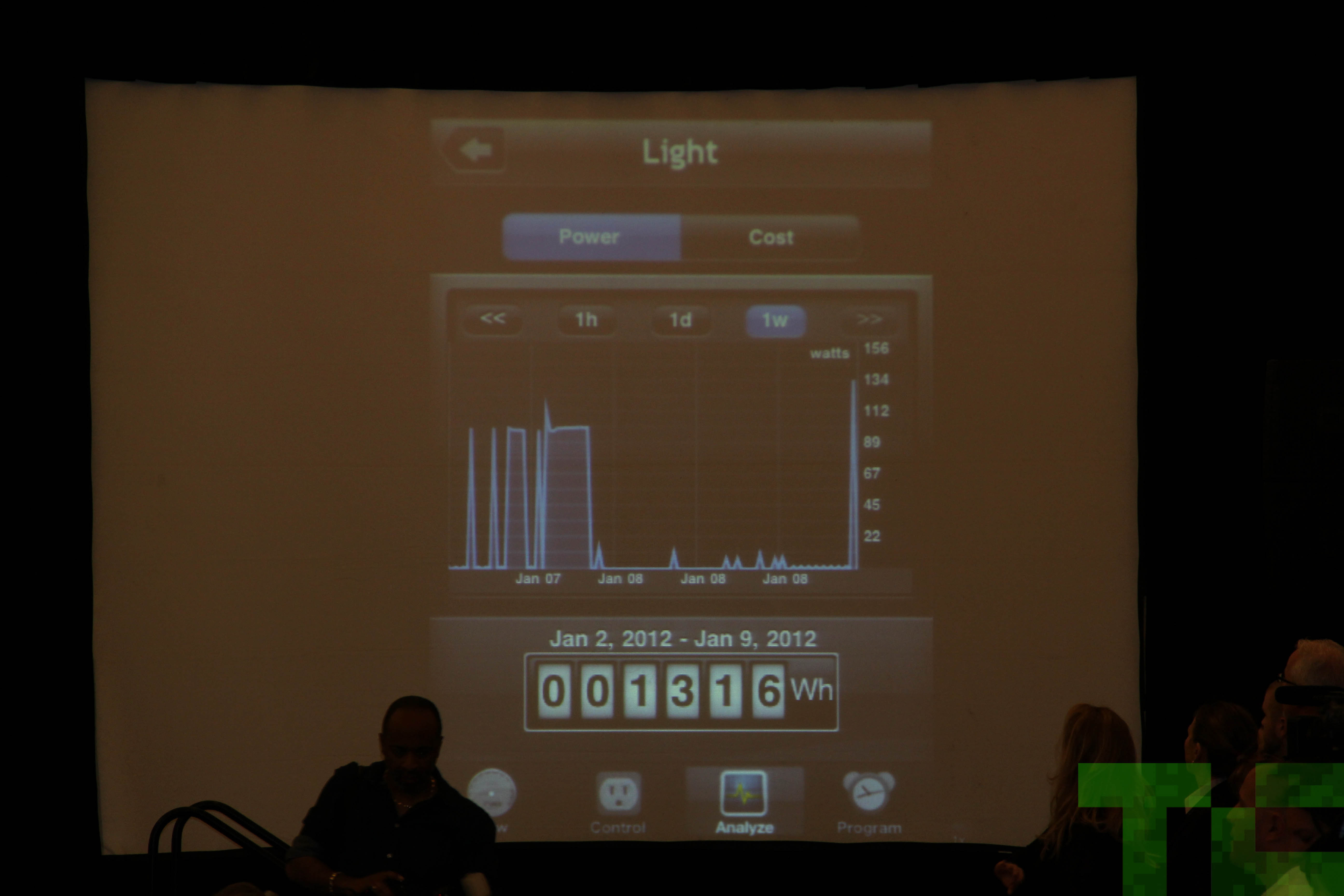 It’s plug and play. Plug devices into the smart power center and it allows for management via the web. Schedule your gadgets, computers and AV equipment. Plus, there’s a meter that tracks energy usage over time. It kills what Monster calls vampire power usage.

Monster Control Power Centers are hitting stores this March along with the Android, iOS and Windows Phone app. 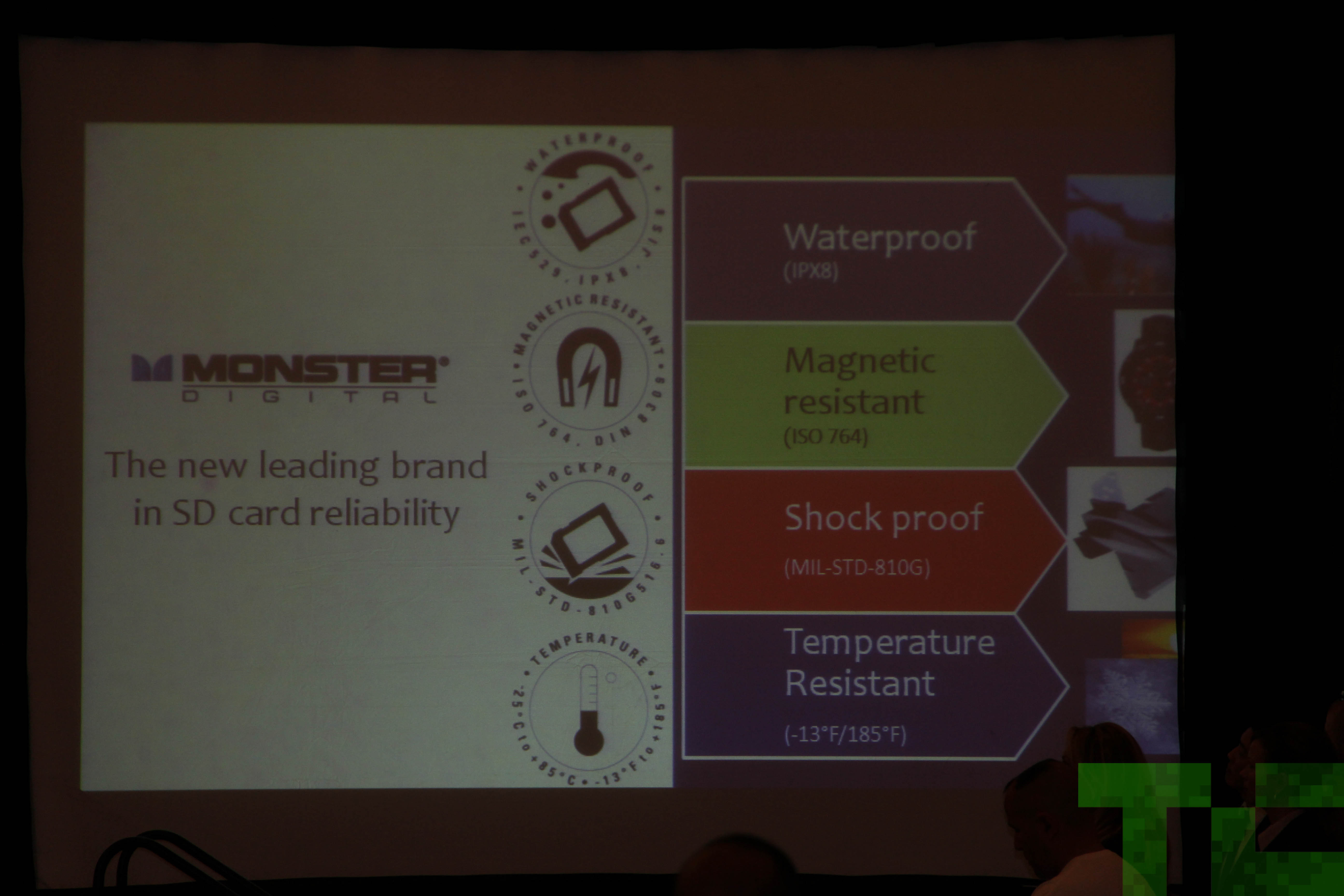 Monster Digital, a brand new company that’s partnered with Monster and Seagate, to bring memory devices to market. SSD, flash memory cards, all memory, all the time. Best of all, as the Monster Digital head is currently explaining on stage, these products will sport Monster’s infamous packing.

Monster Micro is Monster’s smallest loudspeaker to date. It’s voice controlled and completely customizable with interchangeable grills and panels. Even the interactive voice can be changed with downloadable options. $229 when it hits the stores. 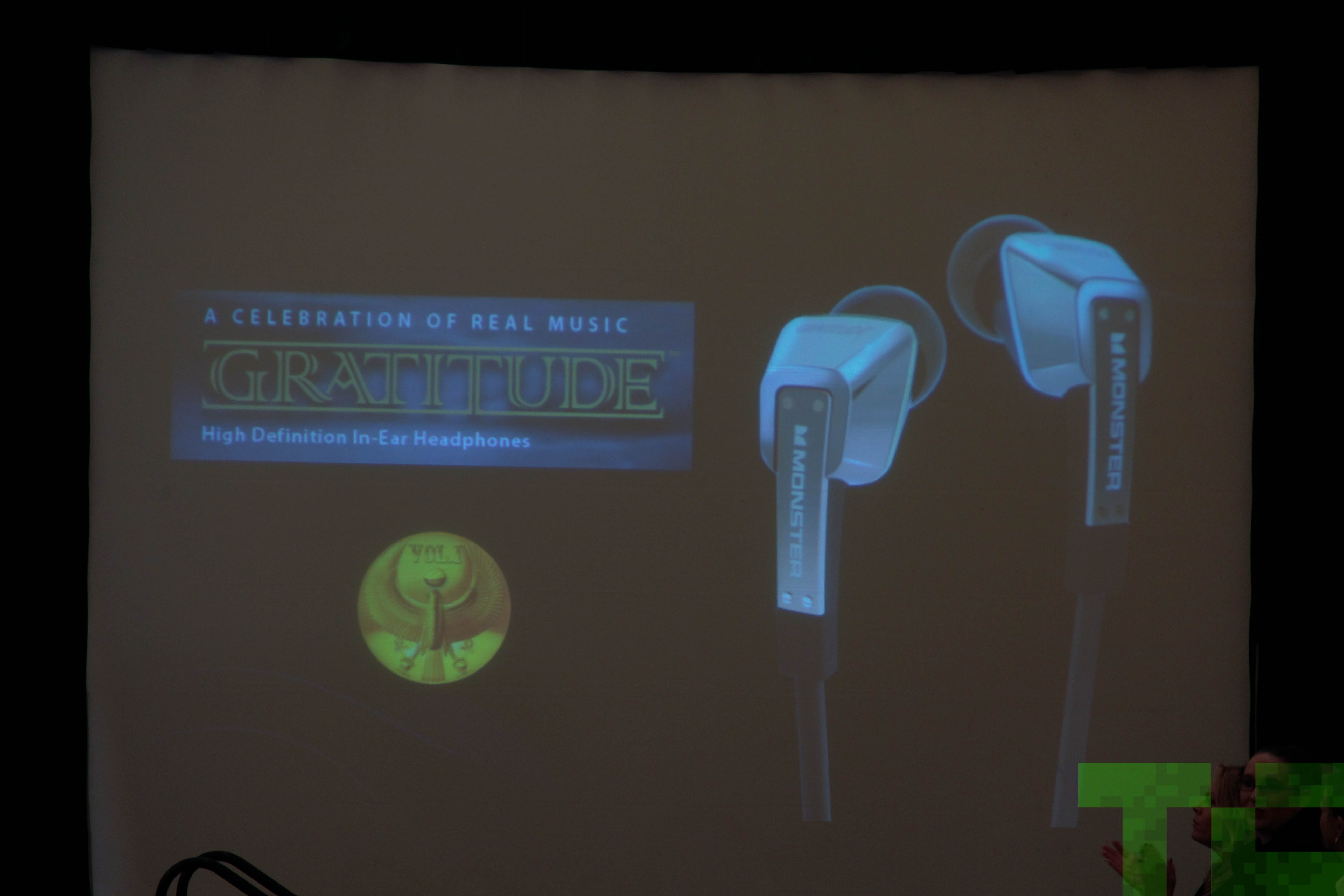 “What we have done with headphones, we will double or maybe triple our growth in the headphone market,” says Noel Lee. With that, Monster introduced Gratitude in-ear headphones. They were produced from a partnership with the music group Earth, Wind and Fire. No word on pricing. 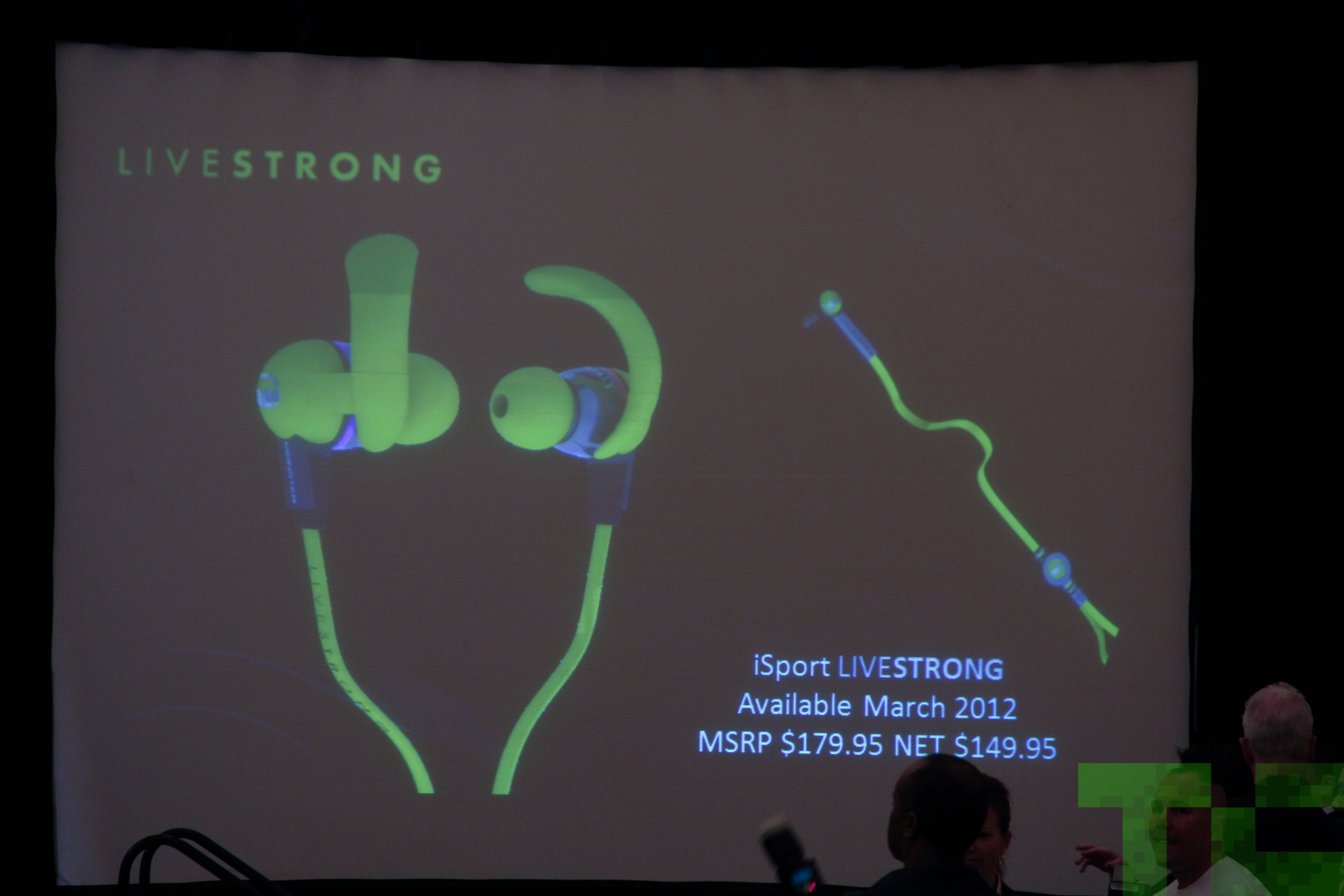 On the 15th anniversary of Livestrong, Monster is teaming with the foundation for a special edition of all the iSport products. 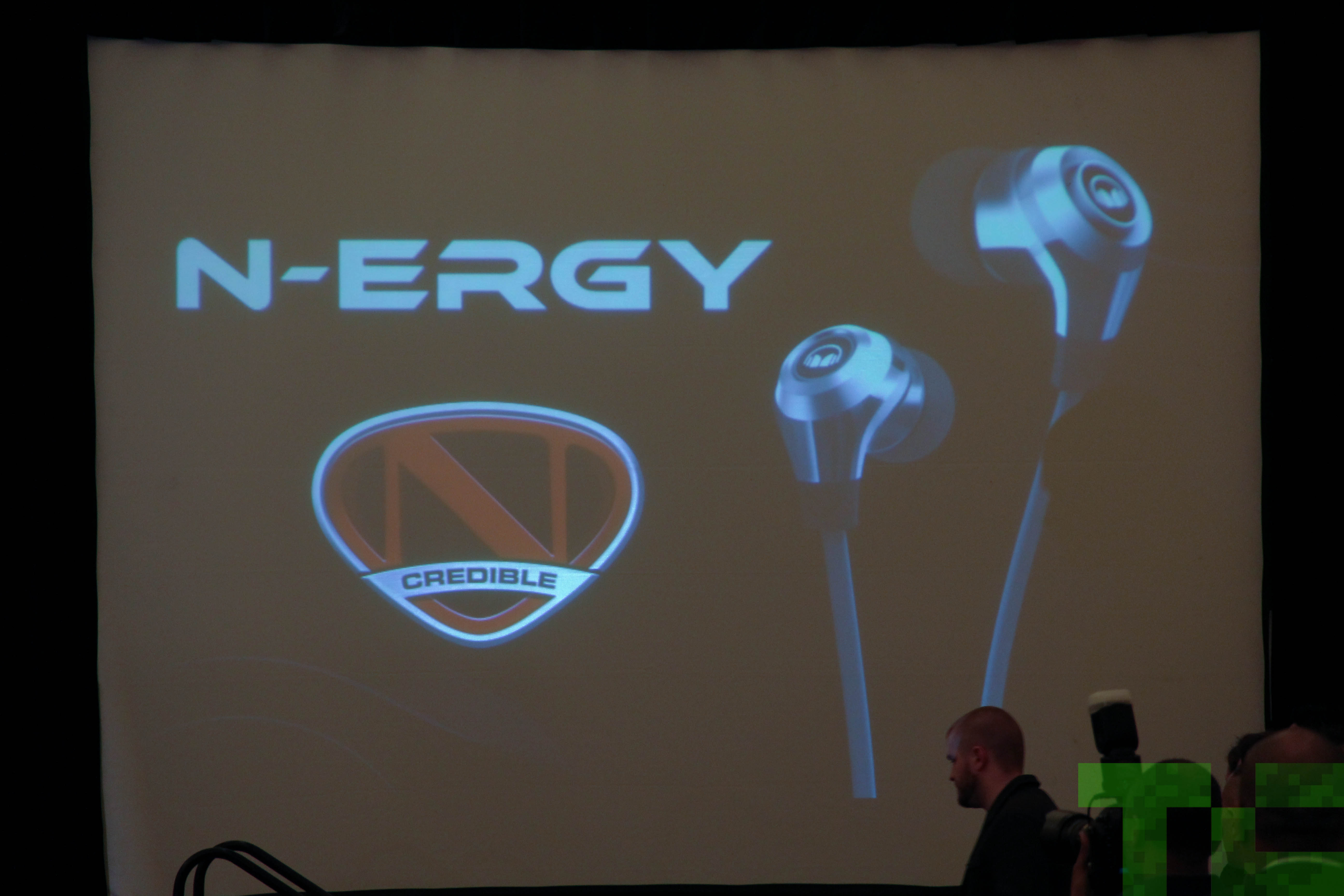 N-ERGY is a set of headphones coming from the upcoming partnership with Nick Cannon. $69 in a few months. There is also a set of over-the-ears that will cost $129. 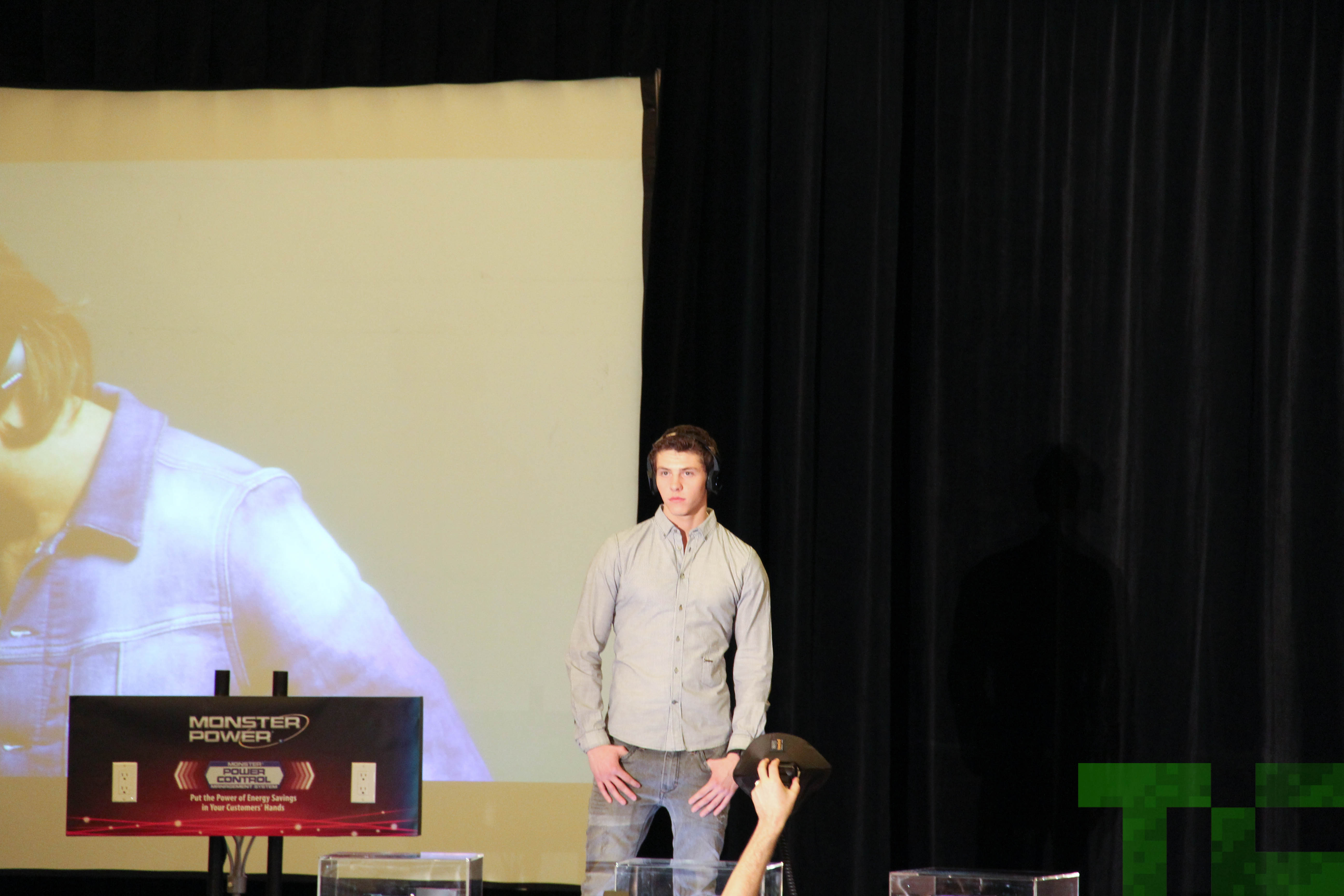 Yet another partnership is Monster and Diesel: Vektr. “We wanted to bring fashion to CES.” Noel Lee “Youthful, edgy, combing fashion with headphones.” Doesn’t that dude in the pic above look fashionable? I want to be him. No word on pricing or availability.

Fun fact: people are now leaving this press conference in droves. Apparently they don’t want to look good while wearing headphones. Seriously, a ton of people are leaving.

Diamond Tears: over-the-ear, unibody headphones. They look like Monster Beats made out of transparent plastic. Just what the world needs. No word on pricing or availability.