“Google+ is about sharing the right updates with the right people – making sharing online just like sharing in real life. Just like in real life, sometimes you just want to hang out with friends. Hanging out on Google+, with your family, your friends, or new friends you don’t yet know, is more than just multi-user video chat. It’s about eliminating borders and bringing people together around the world. It’s about people.”

“But Google describes Plus as “sharing in real life”. It describes it as an “identity service”. The middle finger, pointed at no-one in particular, is hardly a scandalous gesture; here it triggers a vaguely-defined policy that’s being applied to a service marketed heavily as a public venue for free expression.”

First of all if you’re not flipping any specific person off in your photo, you’re not really offending anyone are you? Someone I know actually innocuously points to things with their middle finger because they grew up in a place where individual fingers aren’t assigned obscene status. Just like in real life, sometimes you just want to just extend your middle finger, for whatever reason.

To actually remove someone’s photo because of such a culturally-specific constraint (a gesture indicating what, exactly?) is absurd. What’s more absurd is that the protocol is hard to scale; It’s easy to track what MG Siegler is up to with his avatar because he’s so visible. I’ve been subtly flipping people off on Google+ all day, and my pic is still up, though it might not be after this post.

In Greece it is an insult to show the palms of your hands to people, in the Middle East the soles of your shoes, is Google going to start censoring this kind of stuff too?

Internet companies have different ways of dealing with the issue of “mature or offensive content” imagery. Facebook runs through profiles manually to boot out the nudes and Instagram uses a community review process that filters for different categories. It is essentially up to the company what kinds of content it does and does not accept, sure.

BUT it’s just too funny (and begs to be harped on) that of all the social networks, the one that wants to be the most “real” is the one that blocks the bird, and not all these porny posts. What’s next, it starts starring out the word “fuck” in status updates?

Something’s gotta give Google. Can you really, truly argue that a middle finger is that universally offensive? And if anything it’s “immature” content. Already a good number of Google+ users have changed their pics in homage to Siegler (Hey, it’s an easy and surprisingly satisfying fight).

So will Google block each and every one of those profile changes or just be happy that Google+ is for the moment interesting again? 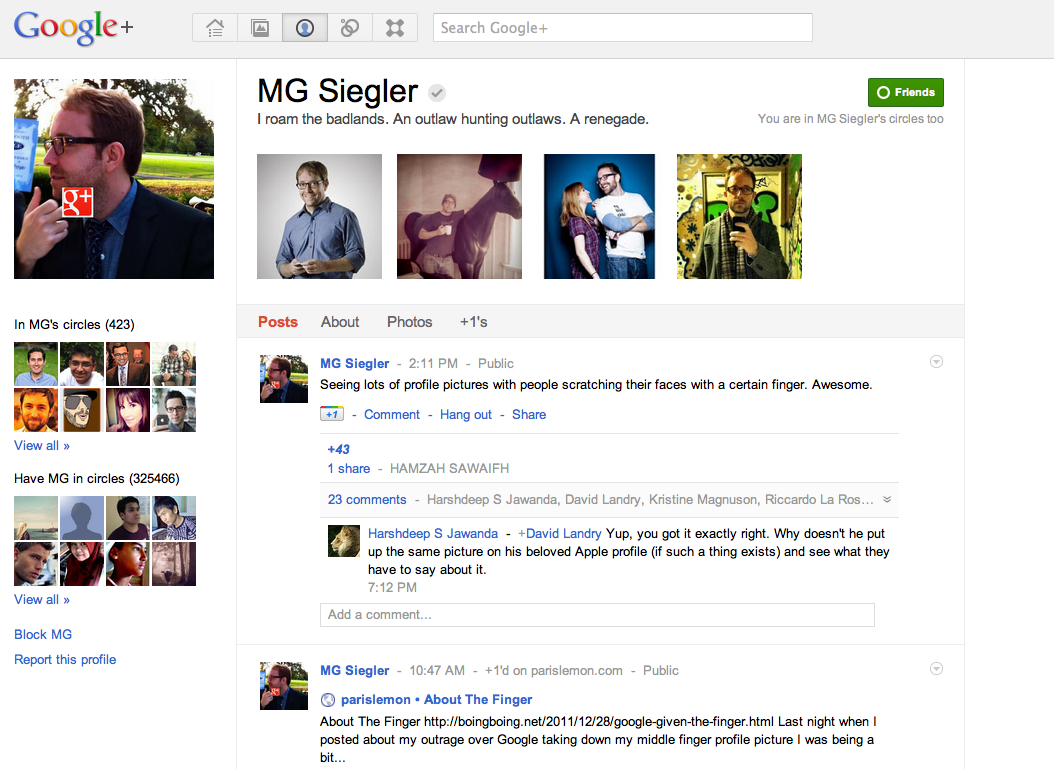 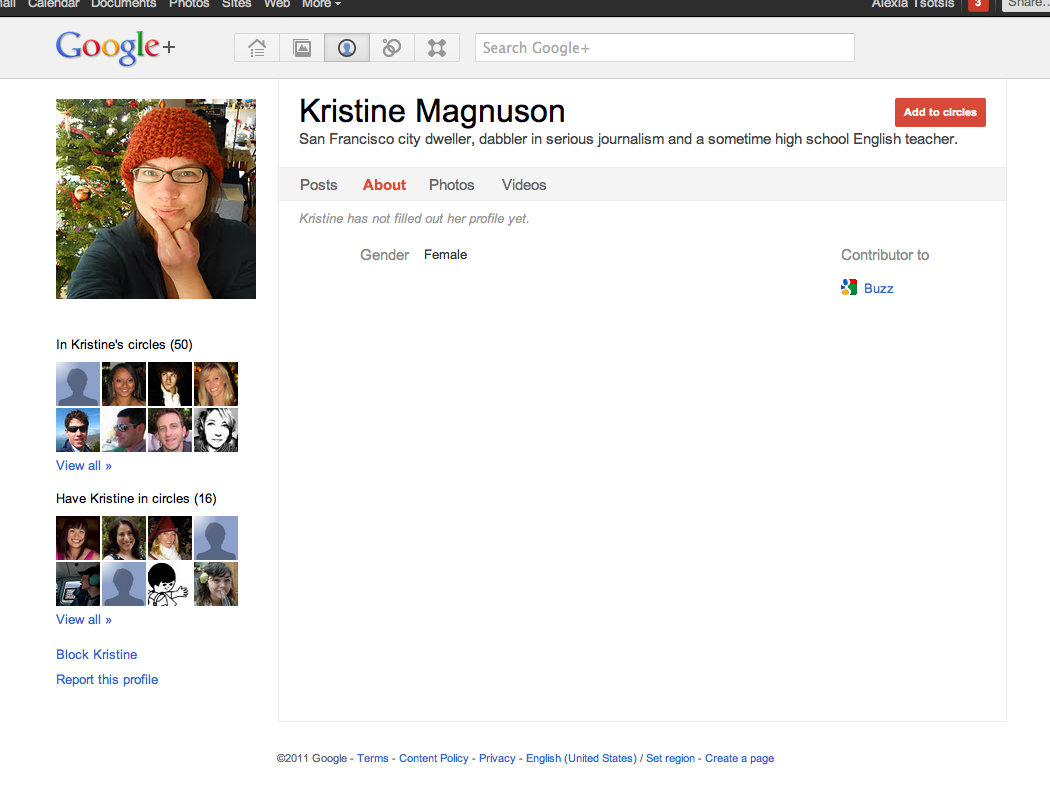 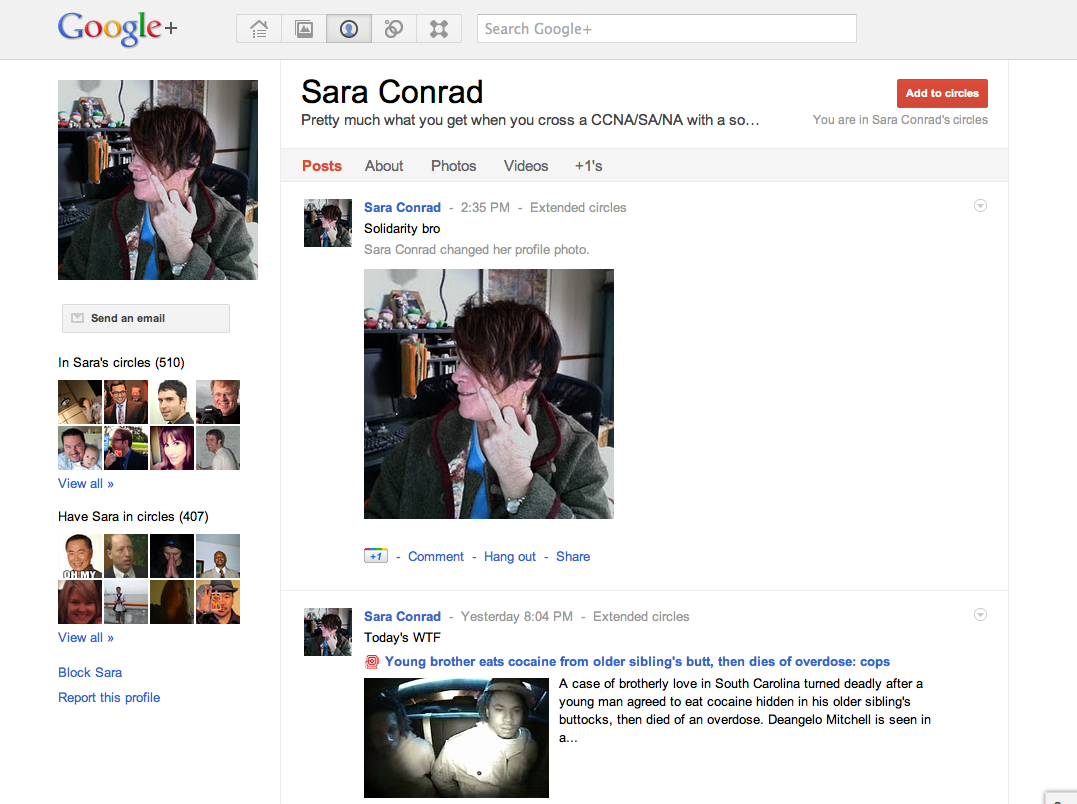 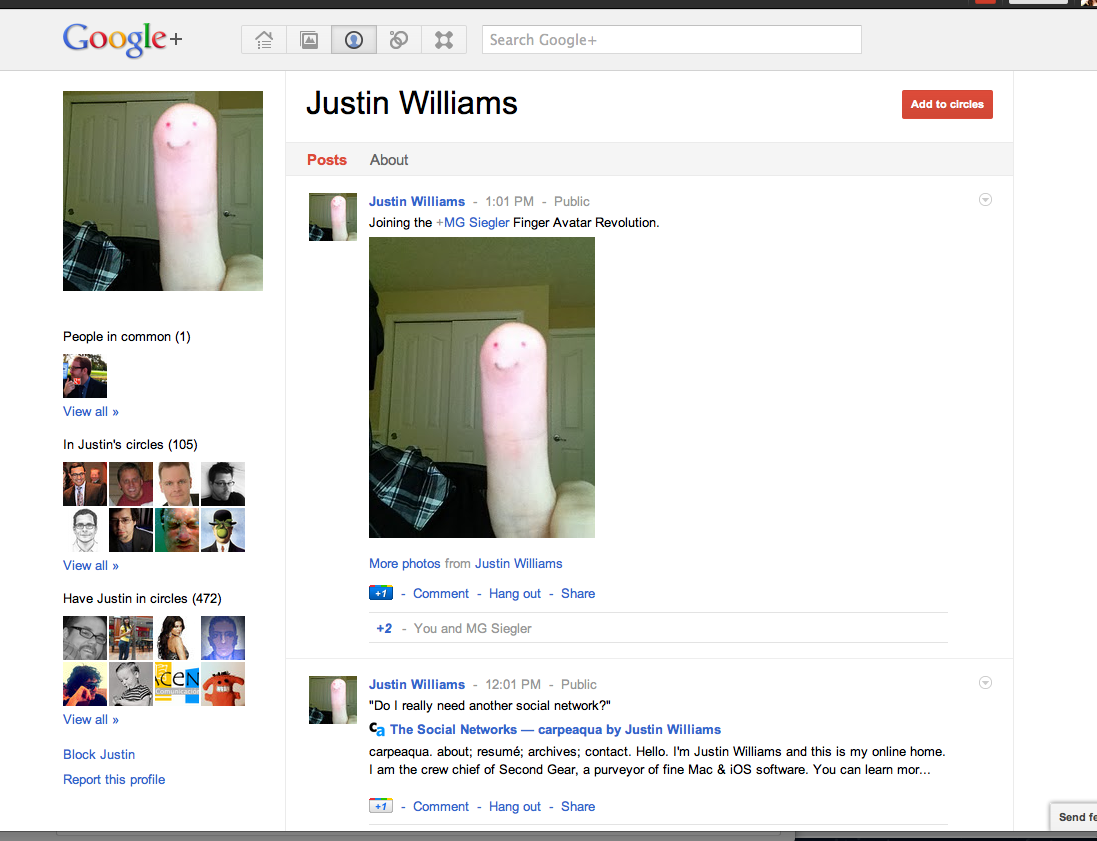