Back in August, social game developer Kixeye raised $18 million in series C financing, and added Zynga Andrew Trader to its Board of Directors. And today the self-proclaimed “largest maker of online strategy combat games” has announced the addition of another ex-Zynga exec into the fold.

Brandon Barber will be joining Kixeye as the SVP of Marketing, where he will report directly to Chairman and CEO Will Harbin. Barber brings significant gaming experience to Kixeye, as he previously co-founded online sports game developer Lionside, which was acquired by ngmoco (qua DeNA) in June of this year. Behind Barber (who was also VP of Marketing and Production), Lionside brought sports games to Facebook, and created titles like NBA Legend and Lionside Football. 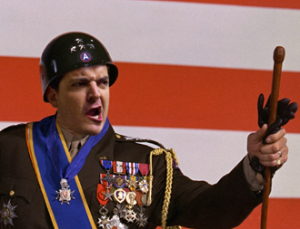 Before founding Lionside, Barber was the first VP of Marketing at Zynga, establishing the company’s initial communication, brand, and product marketing strategies. Zynga created that role specifically for him and, considering that he reported directly to Andrew Trader, it seems that the former Zynga duo is linked up again.

Prior to Zynga, Barber served as the Director of Global Marketing at EA, where he was “responsible for the concept, design, deployment and profitability of EA’s web services based business model”, among other things.

Kixeye has had a great year, picking up a few key staffers, as well as becoming profitable and cash-flow positive. Look for more big moves in 2012.