Just 3 months after its public launch following 2 years of private beta, content discovery engine Thoora today announced that it will shut down. Thoora’s website, Android tablet app, WordPress plugin, and all user data will be blinked out of existence on December 15th. Its failure to get a working smartphone app out the door allowed services like Flipboard and sites like Techmeme to swoop in and solve the information overload problem more beautifully and efficiently. The shuttering should serve as a lesson to entrepreneurs: you can’t spend forever perfecting your product.

Thoora allowed users to view the top content about selected topics aggregated from across the web. Users could also explore topics set up by the community such as “US Economy”, “Cybersecurity”, or “Wine”. The design was dry and unintuitive, though, and the content surfaced was often too old or not relevant enough. Thoora is only giving users 4 days to manually bookmarks their on-site favorites, and there are no tools to assist in exporting or converting user data.

When Leena Rao talked to Thoora about why it took two years to publicly launch in September, it said the delay was caused by an “an explosion of social media and content since 2009 and Thoora was working on integrating this into the application.” Sure, aggregating Instagram, Tumblr, and other channels was important, but that should have been happening once the product was out the door. There’ll always be one more “essential” feature to add, but first and good beats last and great.

Orphaned Thoora users won’t have to look far for a replacement, though. SkyGrid, NewsMix, Pulse, and many others are all tackling cross-vertical news aggregation. 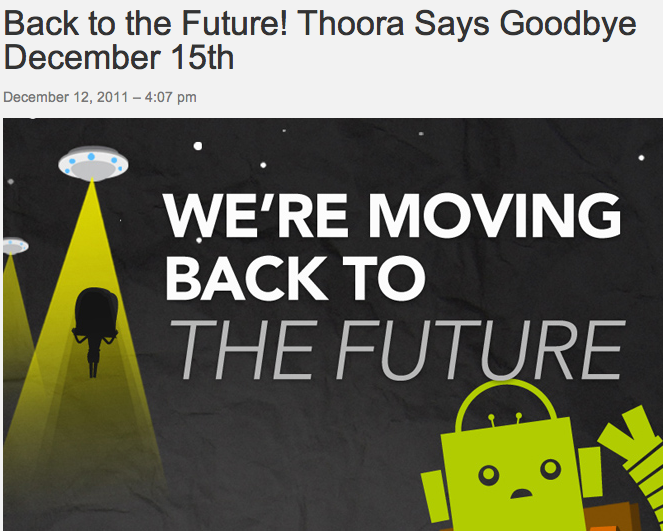 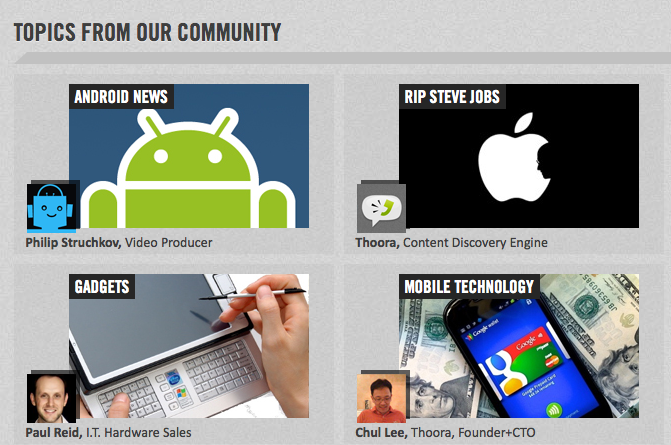