uTest, which provides software developers with a variety of testing services for their Web, desktop and mobile applications, has raised $17 million in Series D funding in a round led by QuestMark Partners. The new capital will be used to launch new tools to aid developers, and to open more offices in the United States – namely Seattle, Chicago, Los Angeles and Dallas (for starters).

QuestMark co-invested with earlier uTest backers Scale Venture Partners, Longworth Venture Partners, Egan-Managed Capital and Mesco, at double the valuation of the company’s $13 million Series C round. The startup has secured more than $37 million since its inception in 2007.

uTest says part of the fresh funding will be used for mergers and acquisitions.

The company basically provides “in-the-wild” testing services that span the entire development lifecycle for any software application through a series of crowd-sourced testings, including functional, security, localization and usability testing.

uTest says it currently has a community of 45,000+ testers readily available from 180 countries to put Web, mobile and desktop apps to the test on “real devices under real-world conditions”.

Looks like uTest’s got its work cut out for it, too: 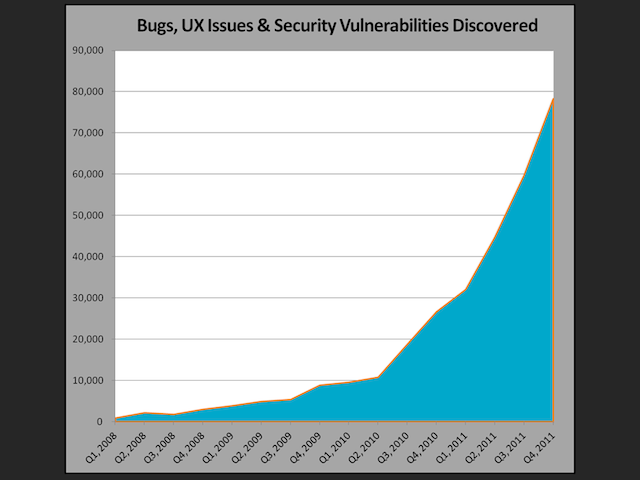