Today, the new multi-player gaming service Nextpeer is exiting its private beta period and is now available for all iOS developers to try. With the company’s software development kit (SDK), game developers can easily turn their single player games into social, real-time, multi-player tournaments where users compete against each other for top scores, achievements and virtual gold.

For those unfamiliar with Nextpeer, the service provides a way for mobile developers to upgrade their single player games to multi-player, just by dropping in the SDK . A Nextpeer-enabled game’s users can face off against in each other by competing for the best score during a timed tournament. During the tournament, gamers aren’t playing alongside each other in the sense that their characters are sharing screen time – they simply play the game as usual. Meanwhile, they’re also receiving updates as to their status versus the others in the tournament. (e.g. “Hurry up! You’re in 3rd place!”) This gives what had previously been a standalone game a sense of real-time action and excitement, and that can make the game more engaging and addictive. 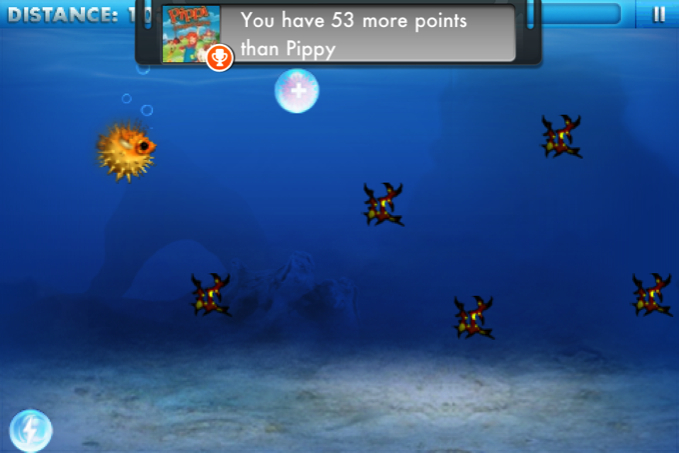 Since its private beta launch in August, Nextpeer has signed up 250 developers and is now in the process of integrating its SDK into around 40 games. There are currently over half a dozen games available in the iTunes App Store featuring Nextpeer, including Chicken Rain, Word Flow, Slot Machine+, Hurry Honey!, Hold It Up, Pingo, and Castor Man, to name a few. The company says it’s on track to continue launching around 1 to 2 games per week going forward.

To date, Nextpeer users have played over 25,000 tournaments, says CEO Shai Magzimof. But what’s even better is the retention rate – 30% of the users go back to play again after 3 + days. And 10% of Nextpeer users take advantage of the in-game feature that allows them to discover and download additional games which offer Nextpeer tournaments. Users tend to average around 5 tournaments each, says Magzimof.

For now, there is no cost to integrate the Nextpeer SDK into a game, but Nextpeer does participate in revenue-sharing with those who allow users to place “bets” on games using the virtual gold. This split can vary depending on the game, but is around 50/50. Buying more coins via in-app purchases is not yet available, but is arriving soon. For now, there are other ways to earn currency (beyond the initial amount all players get), like daily bonuses, and, of course, winning. Also on the way is support for push notifications, which will allow users to invite friends to play with them in real-time. The Facebook integration will improved, too, so gamers can invite their Facebook friends to join them.

Below is a video showing the process of integrating Nextpeer into an app. From start to finish, it takes just 15 minutes:

Those interested in integrating Nextpeer into their own apps can grab the SDK from here.