A San Francisco-based team has just won the DARPA Shredder Challenge. DARPA, the government agency whose work led to the creation of the Internet, challenged the public to reconstruct five shredded documents. The winning team, called “All Your Shreds Are Belong to U.S.” completed the task in 33 days, spending nearly 600 man-hours building algorithms and piecing together more than 10,000 shreds.

Dan Kaufman, director, DARPA Information Innovation Office says “the most effective approaches were not purely computational or crowd-sourced, but used a combination blended with some clever detective work.”

The shredder challenge also suggests just because you shred something, that doesn’t mean it can’t be put back together.

You can see the puzzle solutions and pictures of the winning submissions at www.shredderchallenge.com.

Update: Here’s a look at the winning teams solution to the puzzle above: 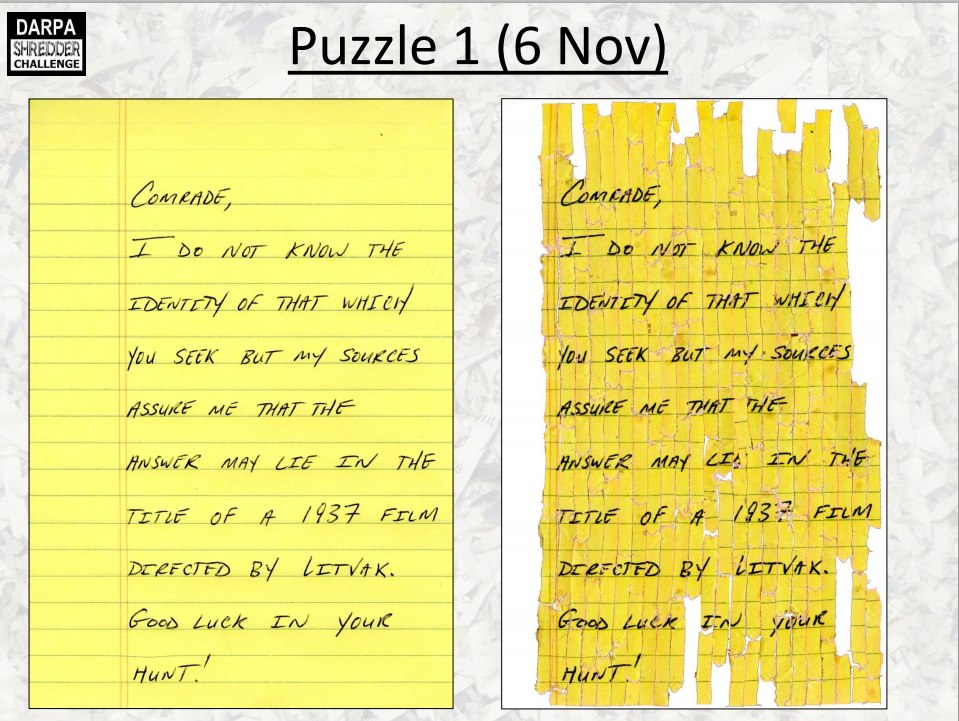