Banksy fans, this one’s for you.

Imagine an iOS photo app that swaps out Instagram filters for stencils from your favorite meme or art piece, then add a little augmented reality, and you’ll get Look.

Built by a couple of the developers behind Sports+ as a side project earlier this month, it’s the latest mobile app to use simple photo-editing and social features to make the world around you more interesting.

After downloading Look for the first time, you log in with Facebook, then see a camera view with the “Look” stencil overlayed on it. You can then switch to new stencils, available in the first folder at the bottom of the screen, that include the Pepper Spraying Cop, Charlie Sheen’s “Winning!” and a moustache for enhancing photos of your friends.

If you want to unlock more stencils (at the price of $0.99 a pop), you can choose from sets of categories like birds based on Portlandia’s “put a bird on it” sketch, various wildlife, movie stars, vehicles, etc…. Or you can make your own: take a photo in its stencil creation view, touch it up, then set it as your stencil and shoot away.

Once you take a photo, you can adjust the color of the stencil and decide if you want to share it on Facebook or with friends or nearby users on the service. Shared photos appear in a reverse-chronological stream like in Instagram, and include location and time information, as well as the option to vote up the ones you like most.

Although Look has begun as a fun side project to leverage existing code, it could have a lot of features in store: a gallery for the images that get the top votes, other sign-on and sharing services besides Facebook, and ways to share and sell your stencils to other users. They’re also planning an augmented reality view, moving beyond the current photo stream to show you other user’s stencils as you walk around. The stencil marketplace, combined with augmented reality, could be an especially powerful way for people to discover great new photos and make some money. And yes, Android users, a version is coming for you, too.

Here are a few images from when I got carried away testing it: 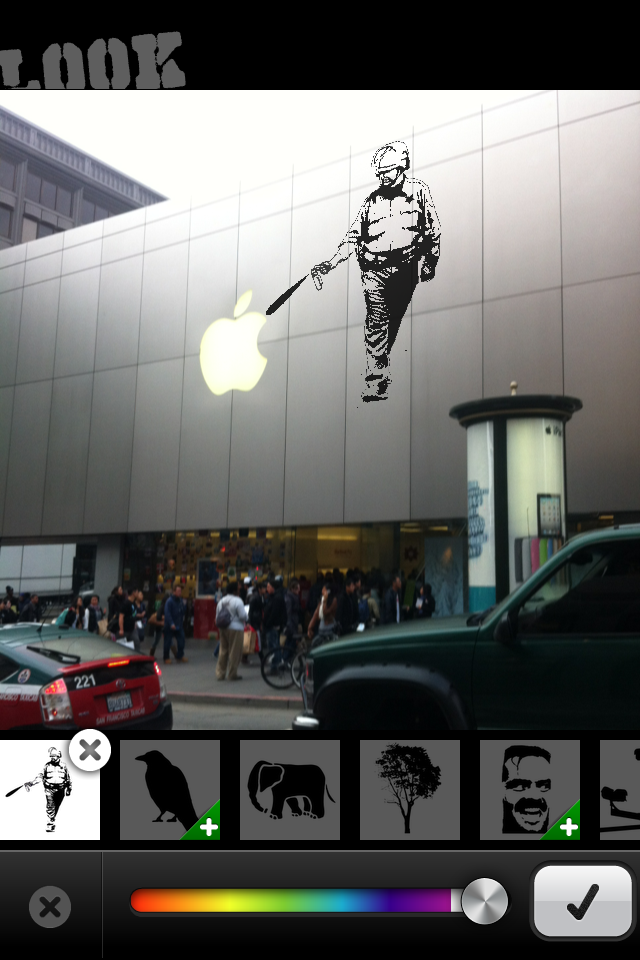 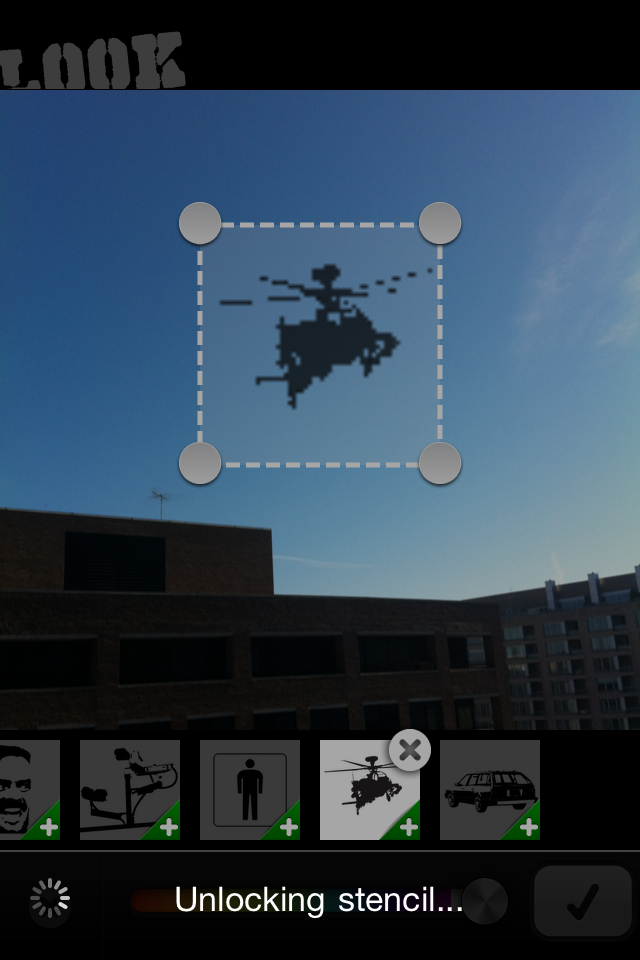 Hi Honey, I Painted A Stencil Of Me Taking A Phone Photo Of Myself For You. Do You Like It? 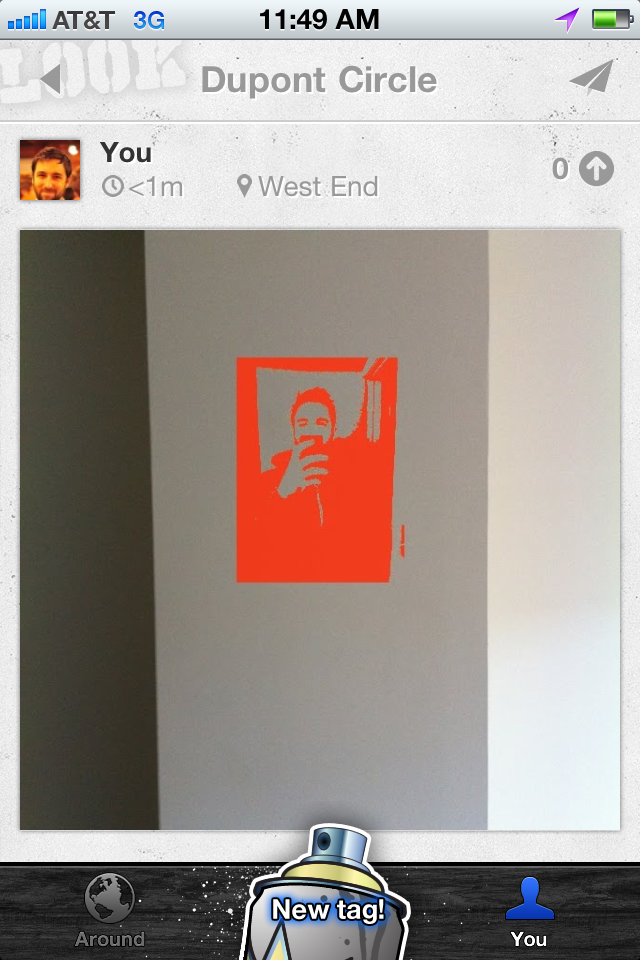