The Disrupt Beijing Hackathon has entered the dark hours of the night.

Fueled by some midnight Spaghetti, (real) coke with sugar, refreshing Yanjing beer, and Lays of the Italian Red Meat flavor variety (which strangely tastes like Barbecue), our brave hackers are cranking code at breakneck speed. It’s quiet in here but there is a palpable buzz at the tables. In spite of the occasional hacker bailing out in favor of creaturely comforts such as a full night’s sleep, many have stayed back and concentration and consciousness levels seem largely high.

It hasn’t been a smooth ride today. We have had Internet and Wi-Fi connectivity issues but in true hacker fashion, the staff and support personnel have rigged together something that.just.works. You’ll see in the pictures below.

Here then are a few scenes from my 3am photo run around the room. 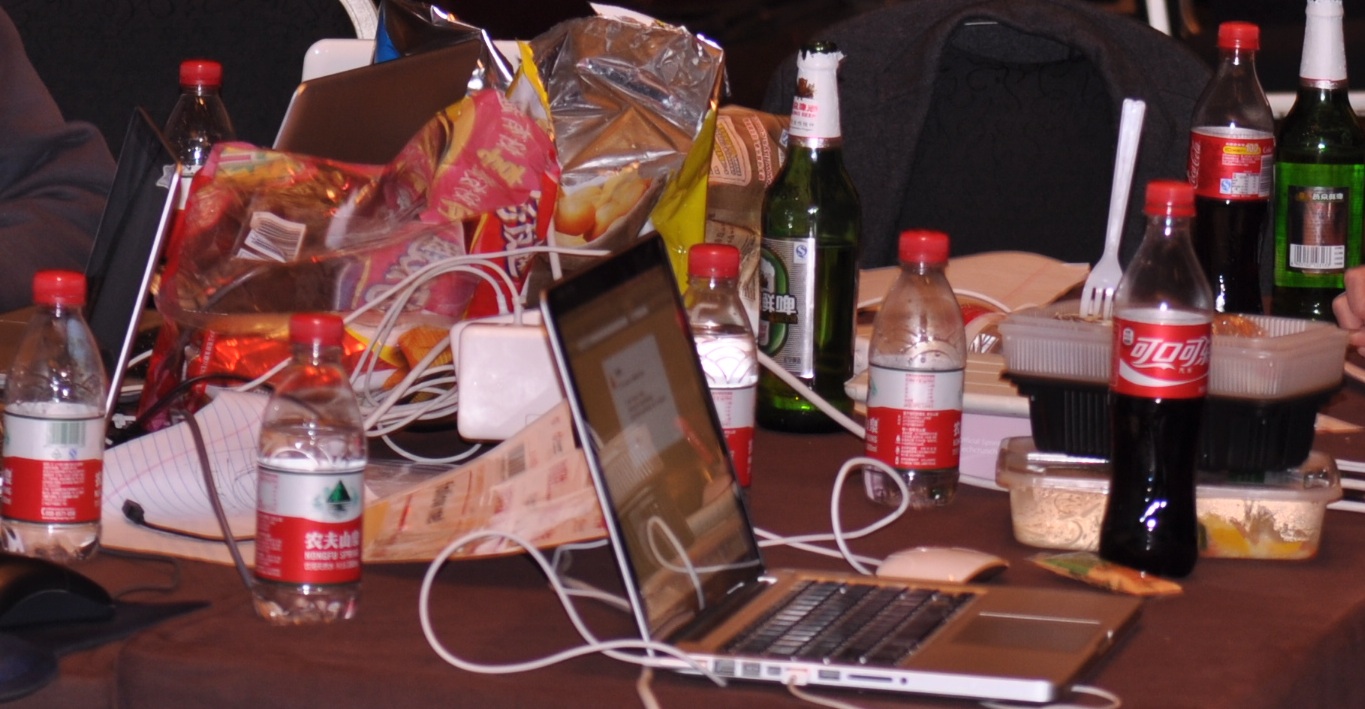 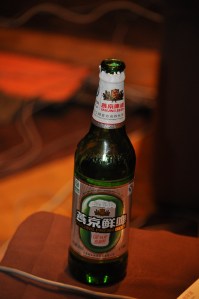 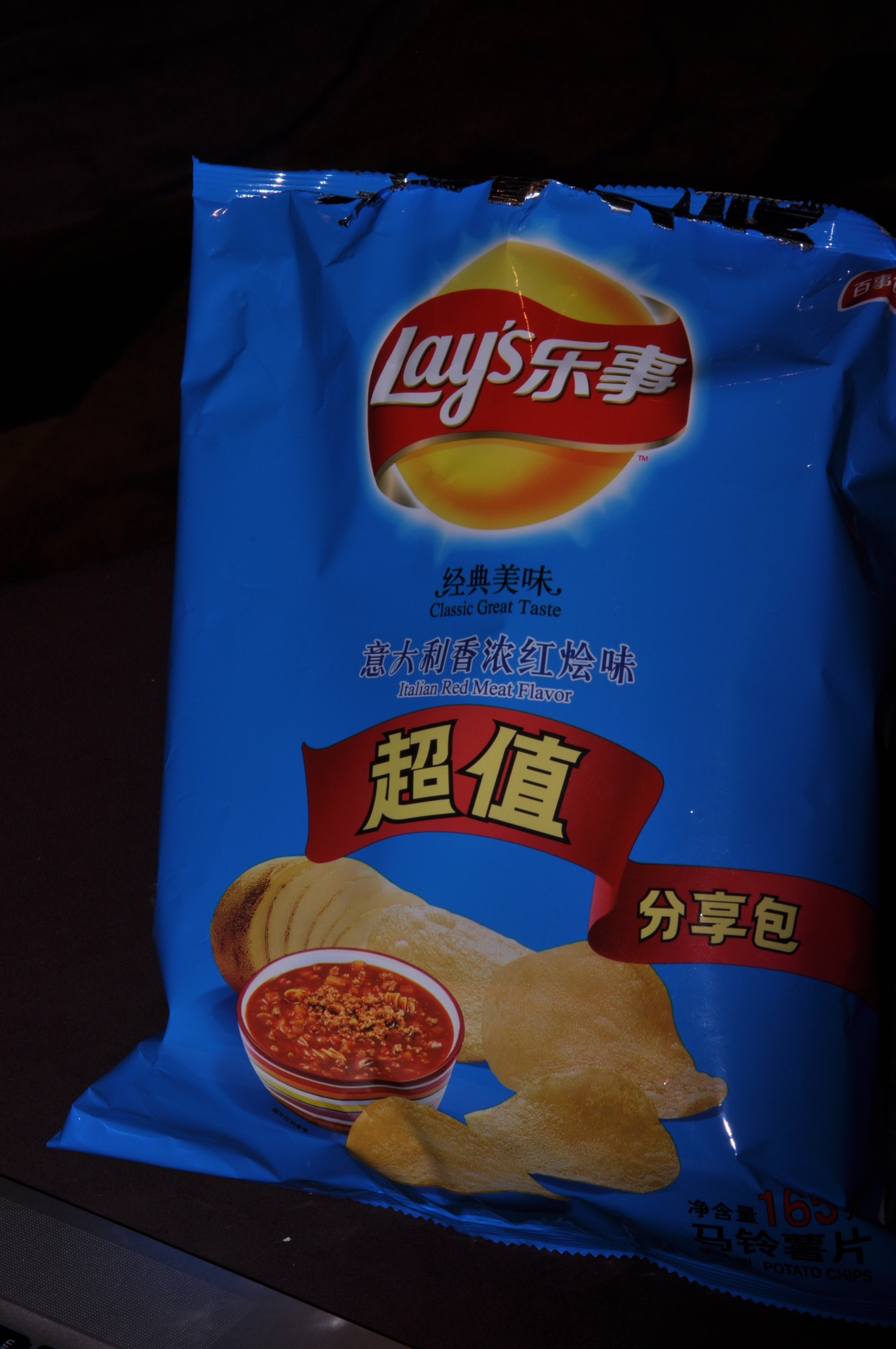 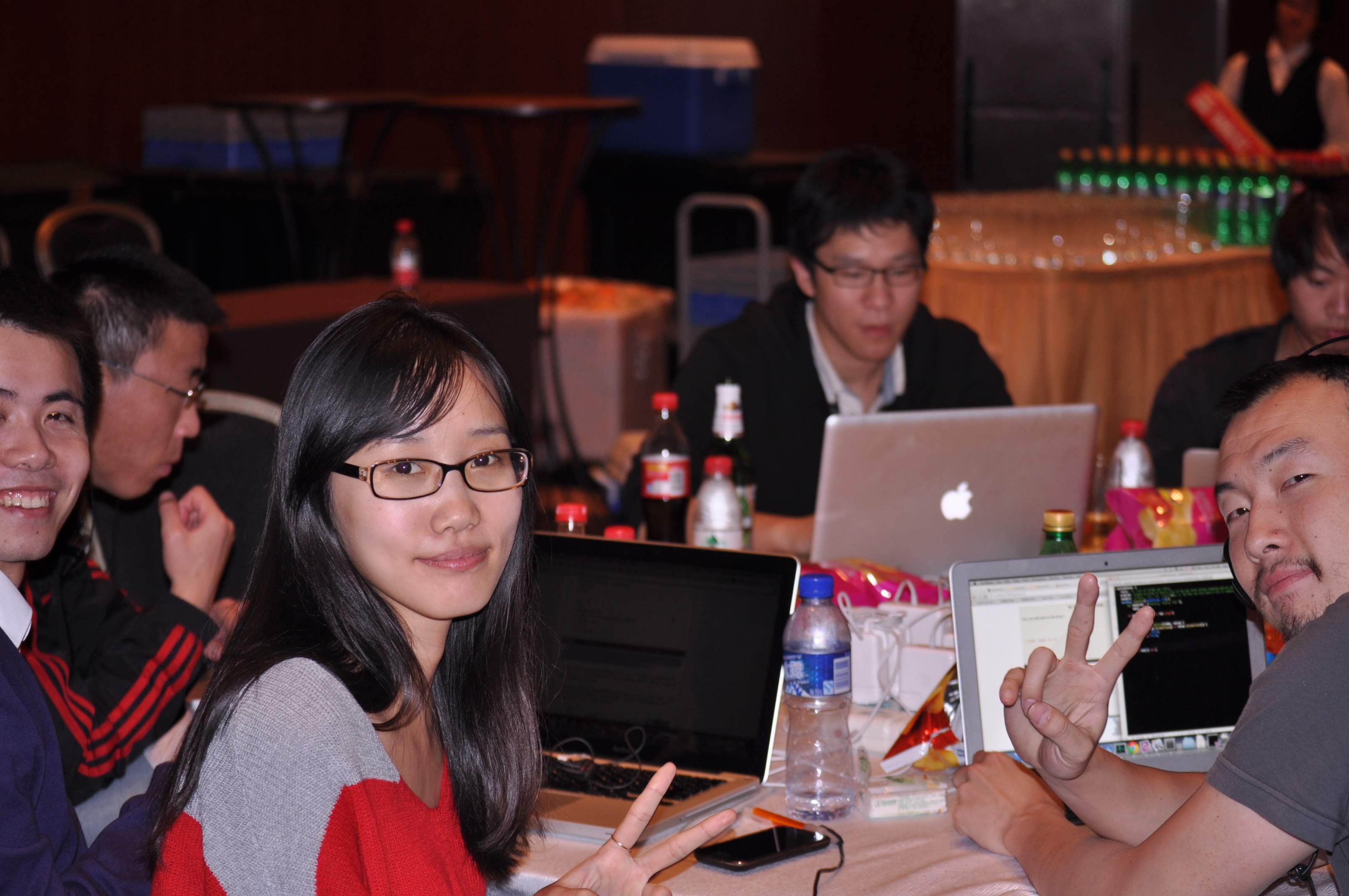 And the ones who could perhaps use one at this hour… 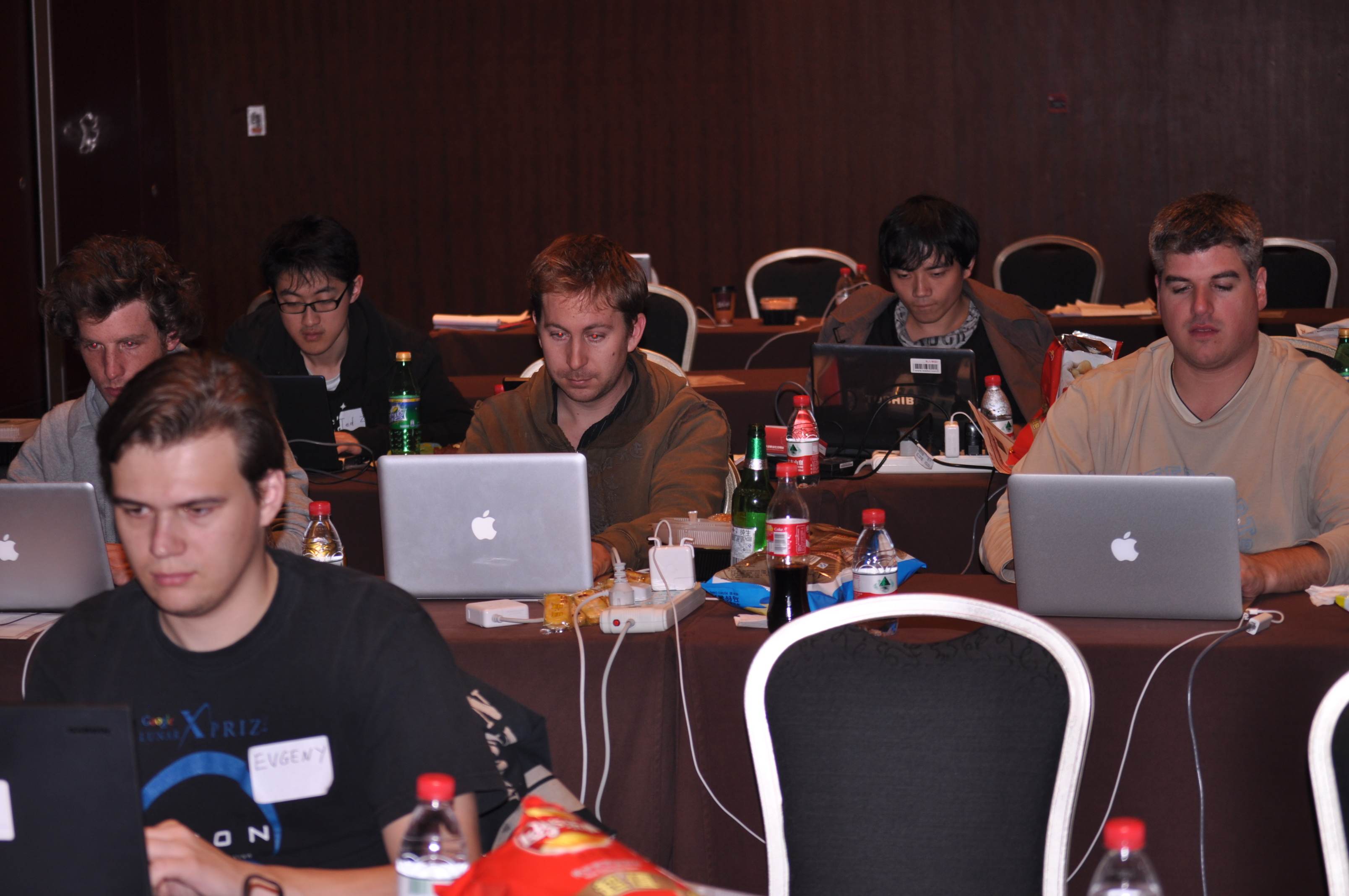 A crew of French hackers was engaged in a delightfully sounding technical conversation while one of them, Hermes (per his name tag), was belting awesome rap music.. 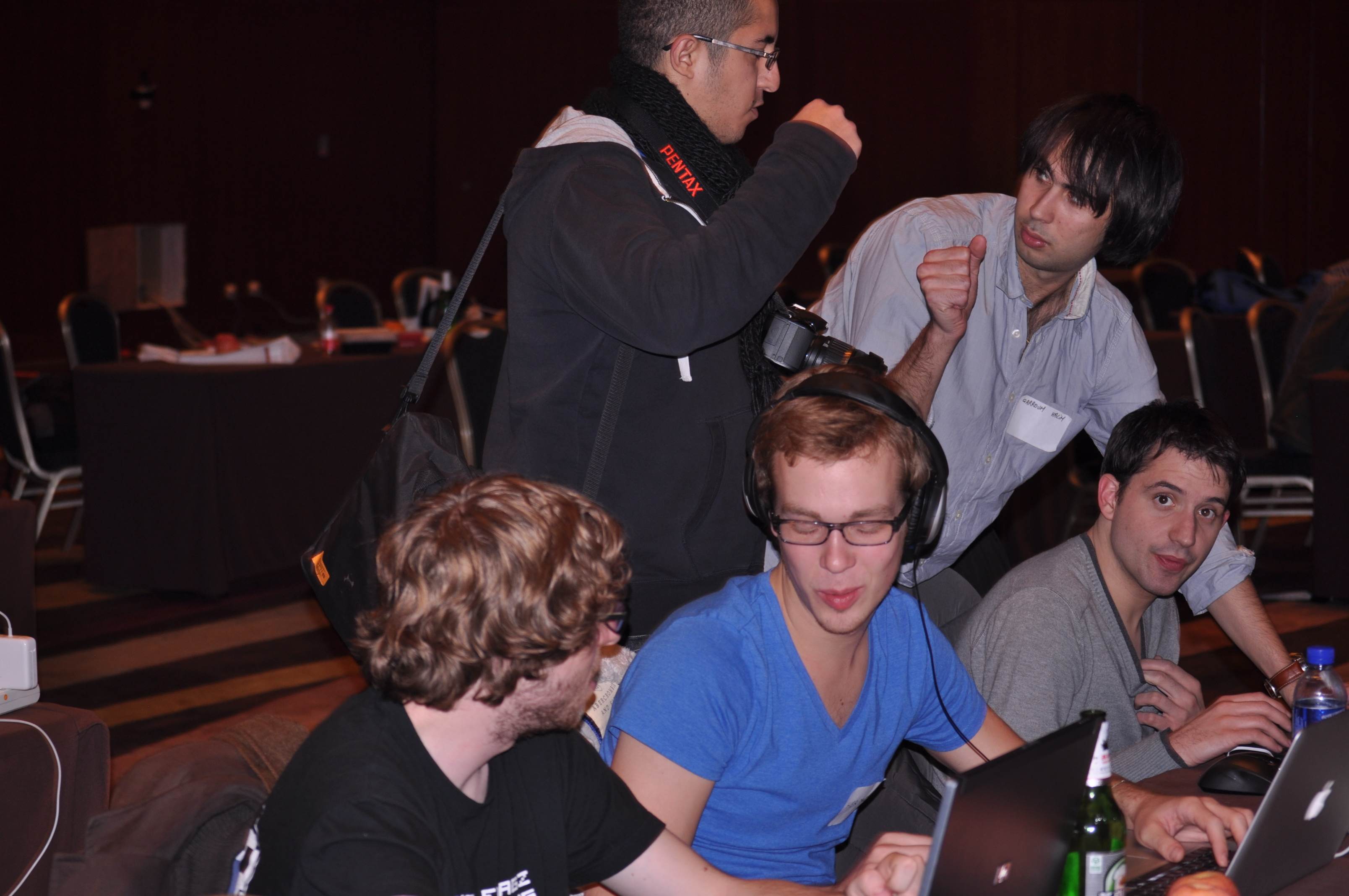 Of course, no hackathon photo set would be complete without the obligatory sleepy hacker photos.

This reminds me of my grad school days. The comfort of lining up three chairs in the lab and dozzzing off… 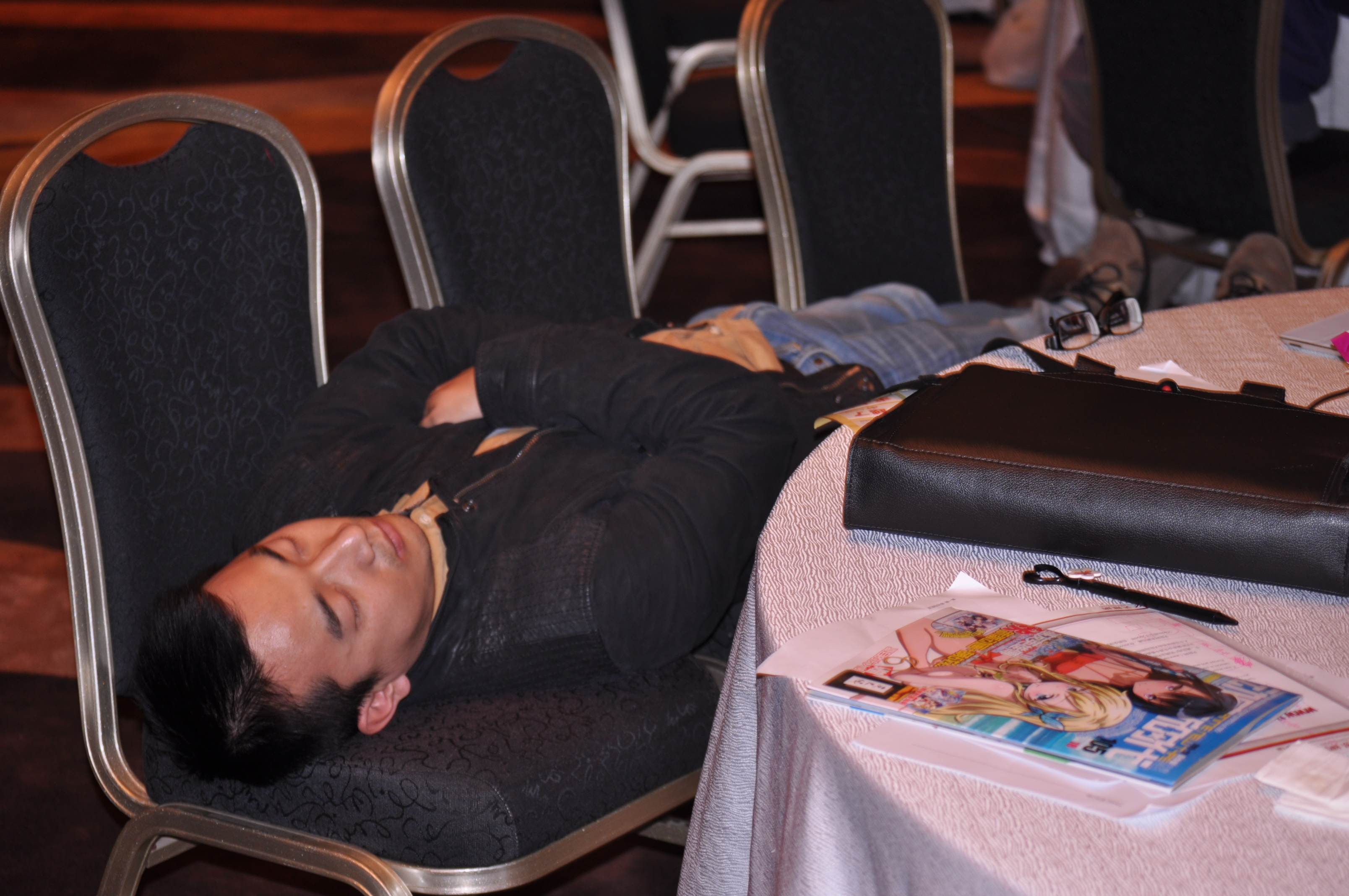 Just outside the room though, we find two hackers who seem to have just given in and gone all out! 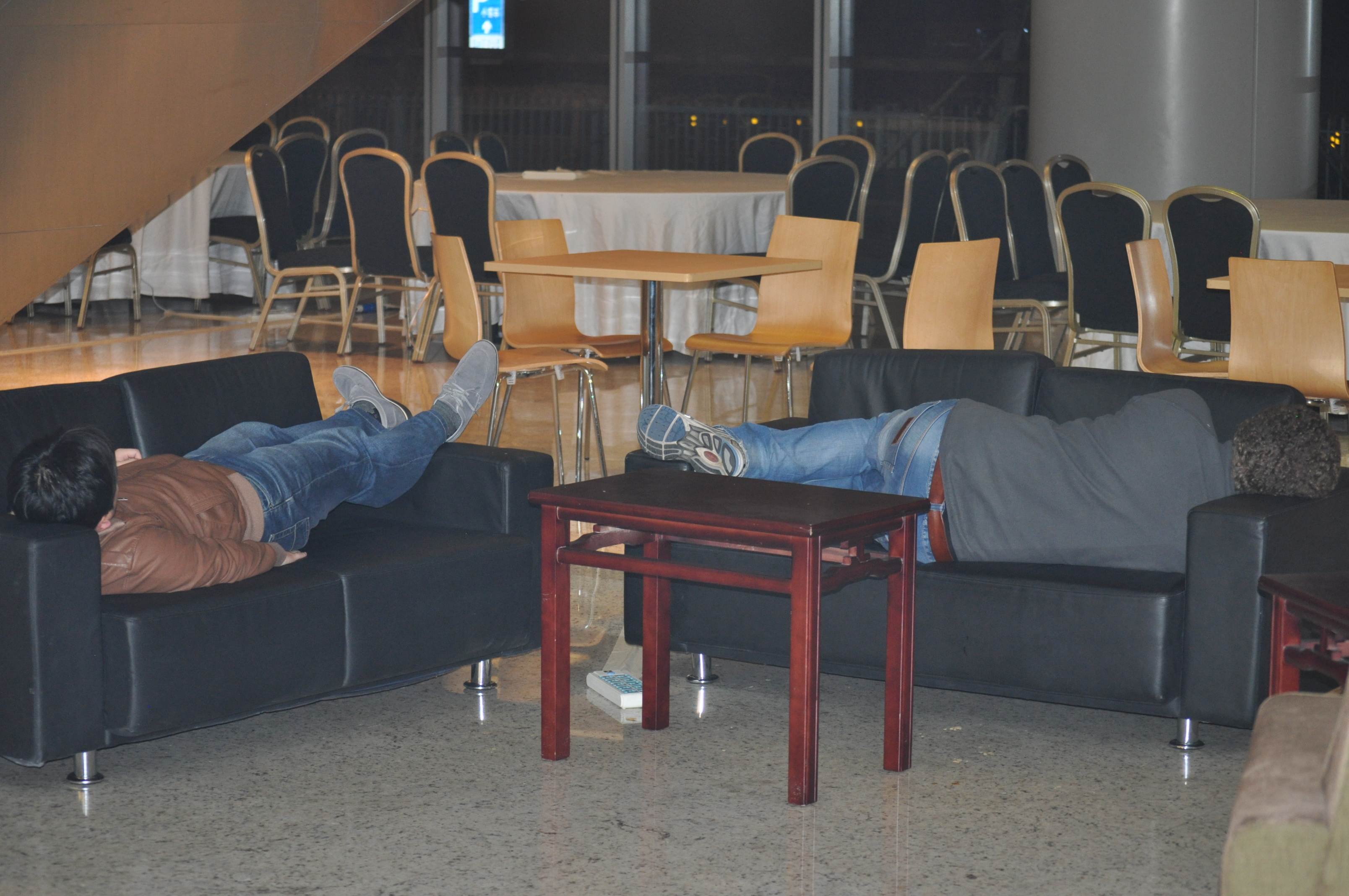 War Of The Cables

Now for proof of the epic battle we had with the Wi-Fi/Internet gods. Internet connection was at best spotty all day and Wi-Fi in this large room went kaput fairly early on. At the end of a few hours, this is what we ended up with. Good enough? Sure. Fun? Not sure.

A heavily wired up switch with cables running to every table… 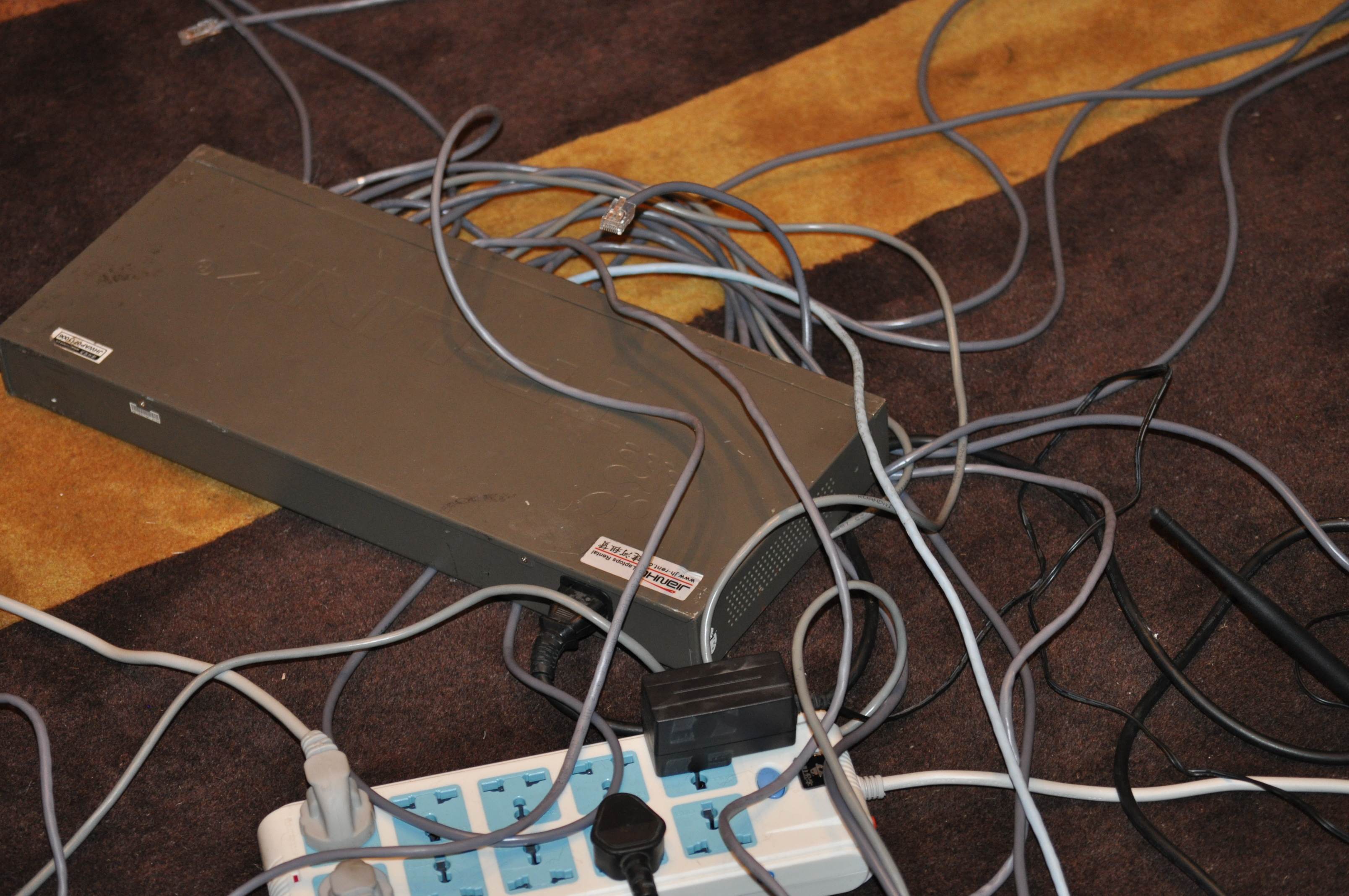 The mess of cables running all over the room… 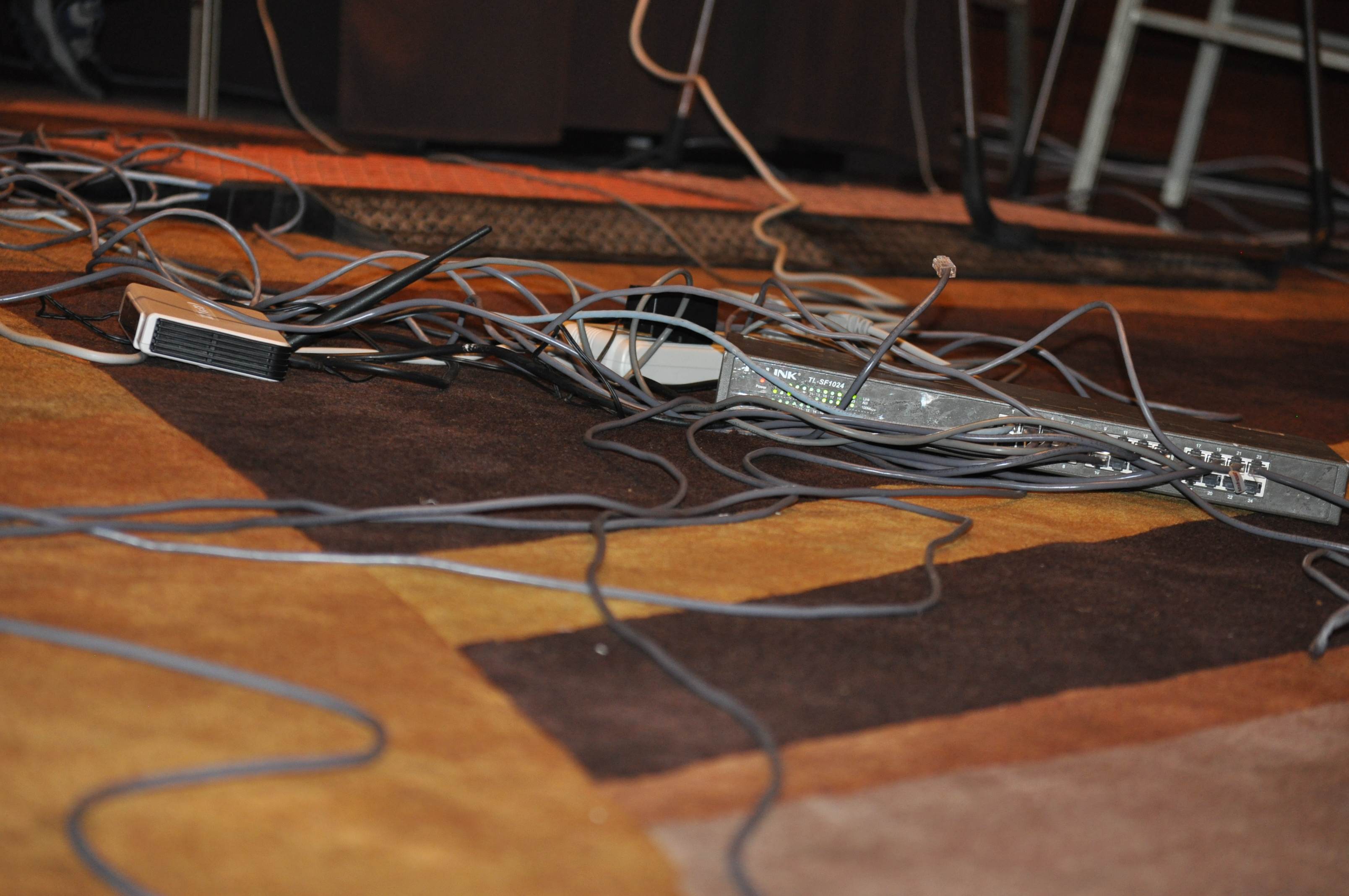 But the overall winner was this lone, sad router with two blinking lights and one antenna. He fought hard. He’s a trooper. 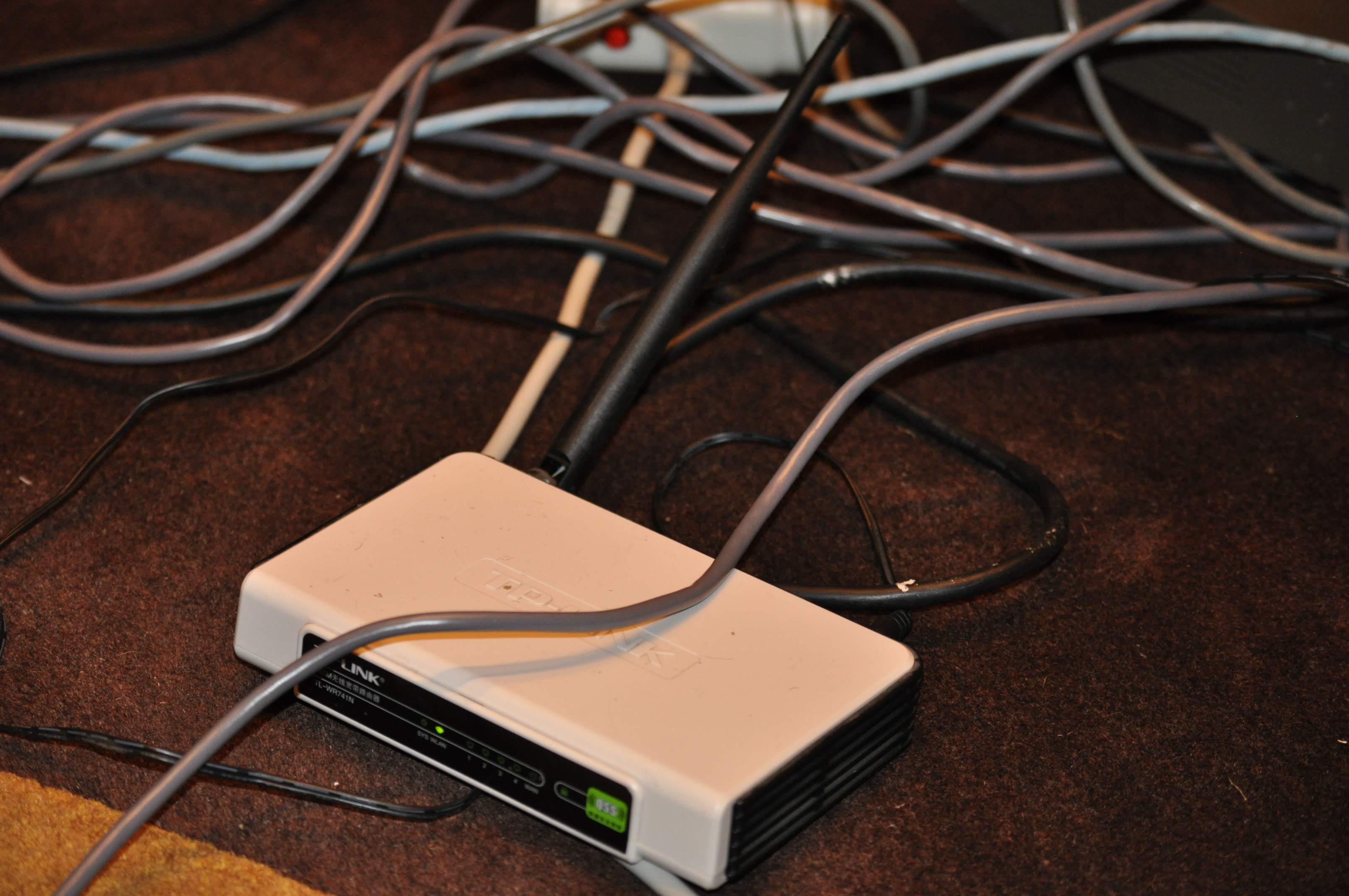 And last, but not the least, part of the TechCrunch team, tired but all smiles. 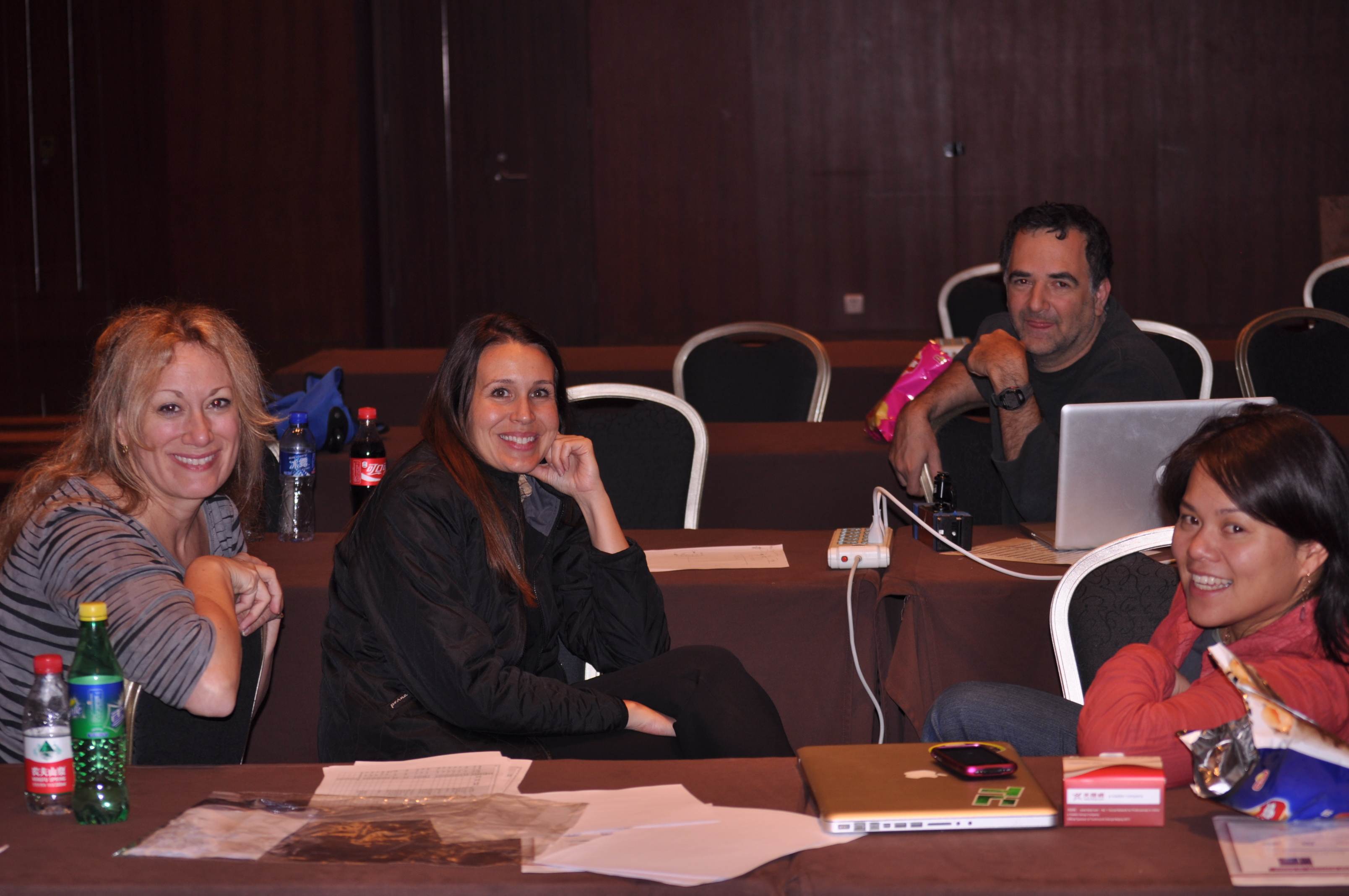 Hackathon submissions start at 8am Beijing time and demos will start at 11am. Stay tuned for we will be live streaming the event!