Topguest, the hot loyalty program which rewards users for engaging with brands on social networks, now has 5 million Facebook users in its database, the company has just revealed. These customers are collecting airline, hotel and other travel rewards points for their social networking activity, like Foursquare and Facebook check-ins, for example.

Today, the company is announcing a new product that will make Topguest not just a social loyalty program, but a full-fledged social loyalty SaaS company. This fall it will debut a white-label service that will allow brands to customize their communication with each of their customers, based on their social networking activity. Topguest’s first partner with this effort will be Hilton HHonors.

Hilton’s new social loyalty program, powered by Topguest, will be available at www.socialhhonors.com (site is not yet live). Members will receive 2,500 points simply for connecting their Facebook account, and will then have the opportunity to earn even more points for further engaging with the brand. 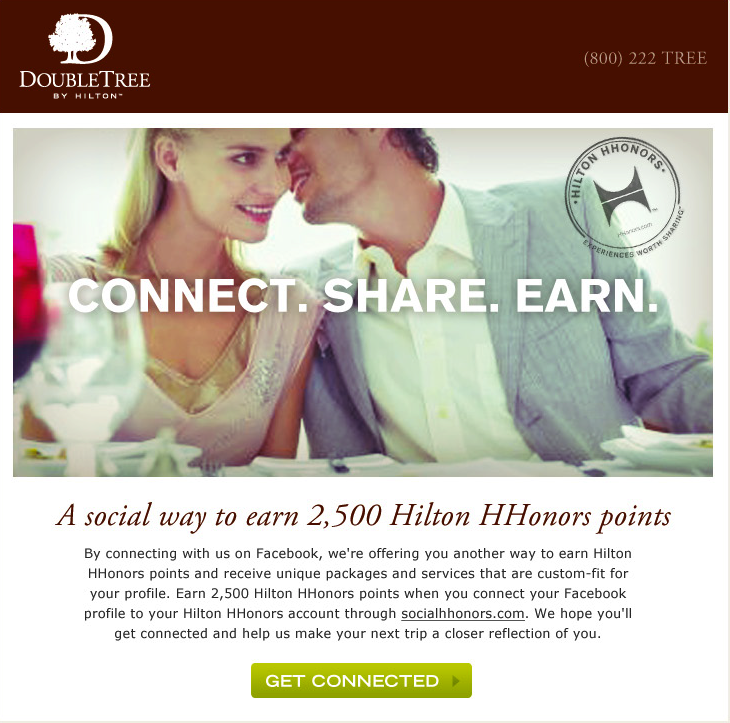 Here’s how the white-label service will work:

Let’s say that you RSVP to a conference taking place in London on Facebook and are also a Hilton HHonors member who likes Doubletree hotels (a Hilton brand). Now Doubletree will be able to send you an offer for the specific dates you’re in London for a discount on your hotel stay.

As a part of this effort, you will receive travel reward points for things such as “liking” a Topguest partner on Facebook, as noted above, and for sharing content related to that partner with your social networking friends, like tweets, Facebook posts, Foursquare check-ins and more. For the Topguest partner, the service lets them personalize and narrowly target their offers to each person individually, instead of blasting out millions of emails to all their members at once.

Topguest says it will continue to reward its users for their social networking check-ins, as it did before, but these will now be weighted to reflect a given user’s influence. For example, those with more Foursquare friends may get more points. And those points may translate into a reward that gets you access to a last-minute table at the top restaurant in town, explains Topguest CEO Geoff Lewis.

Through the white-label offering, Topguest will be able to provide a plethora of social data to its hotel and travel partners, including not just events and check-ins, but all your Facebook profile data, including your gender, birthday, email, hometown, time zone, work, website, friends, groups, likes and interests, and more. (See below image). 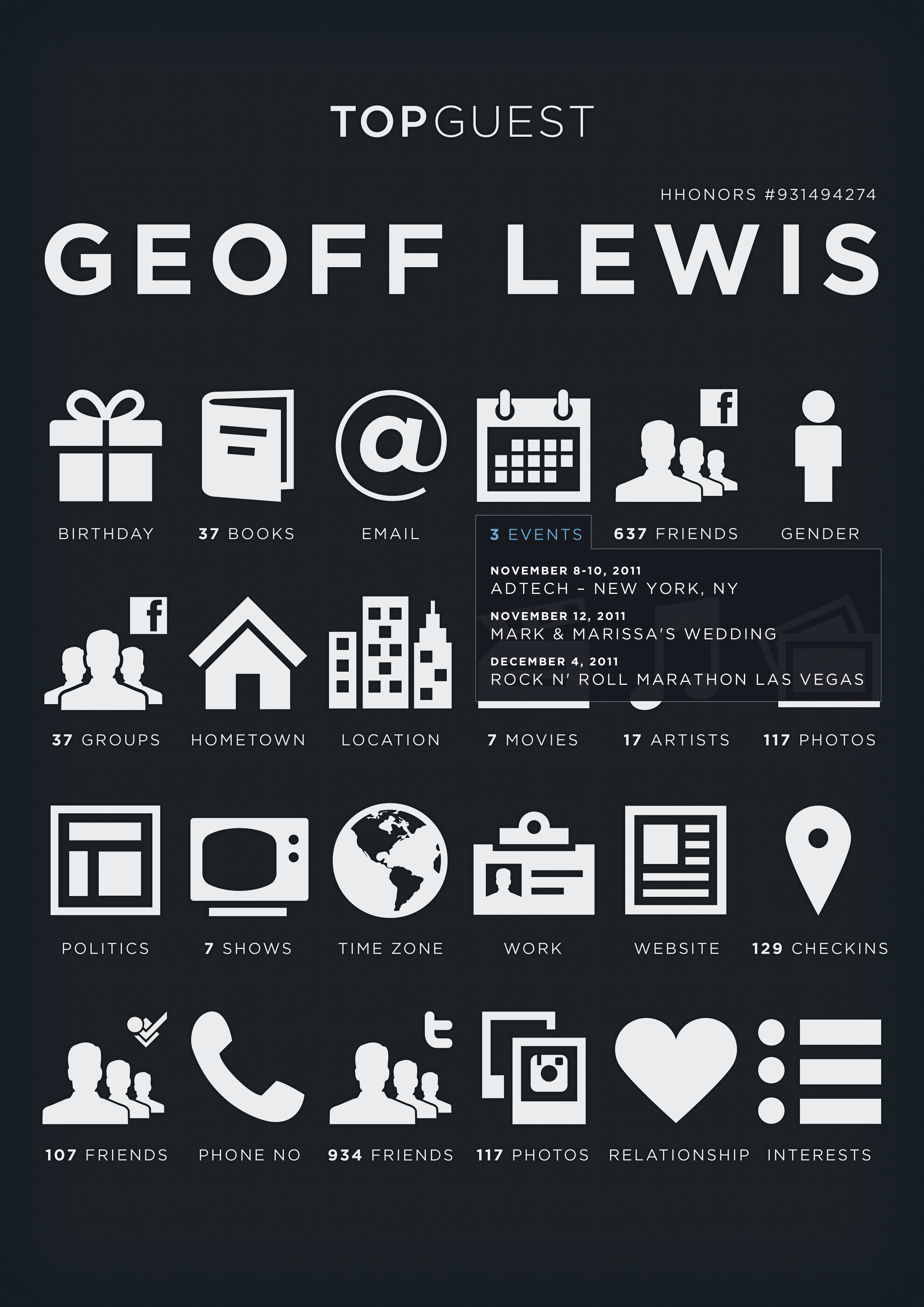 Initially, the program will rollout with Hilton HHonors, but the plan is to offer the white-label service to all Topguest partners in the months ahead. Today, those partners include Virgin America, Best Western, Wyndham, Choice, Caesars and more.

Topguest was founded in mid-2010 and is backed by the Founders Fund and leading angel investors.