Mint.com has been available on a variety of mobile platforms, including iPhone and Android, but has not developed an iPad app. Considering the popularity of other finance apps on the iPad and the tablet for factor, the device is ideal for Mint’s service. Today, Intuit-owned Mint.com is finally launching an iPad app. You can download the app here.

The iPad app lets you organize all accounts in one place within the app, and includes a streaming delivery of account alerts, bill reminders and personalized advice. The app takes advantage of the touch interface to allow users to pinch, tap and flick through graphs to drill into spending by category, merchant or budget. Similar to the iPhone app, you can add transactions from the app and it uses Google places to identify local merchants to input.

The app uses geo-location capabilities help people categorize cash spending, and allows you to see a snapshot of your financies without Wi-Fi access. Users can also sync multiple devices so changes to an account on one platform will sync on all devices.

Mint, which currently has 7 million users, says the iPad app is one of its fastest mobile apps because it supports features of the newly released iOS 5, including Automatic Reference Counting technology. In addition, customers will receive instant updates on bill reminders, alerts and other account activity through the app’s Notification Center.

For background, Mint won our first TechCrunch40 conference in 2007 and was acquired two years later by Intuit for an impressive $170 million. So why did it take so long for an iPad app to be released? Well, the company seems to be facing some growing pains from within Intuit, and launch times have slowed. Of course, the company could have also been waiting for iOS 5 to be broadly released as well.

That being said, better late than never. 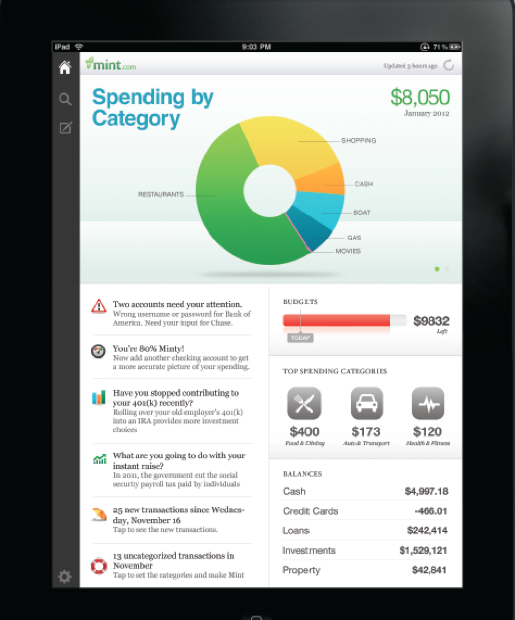 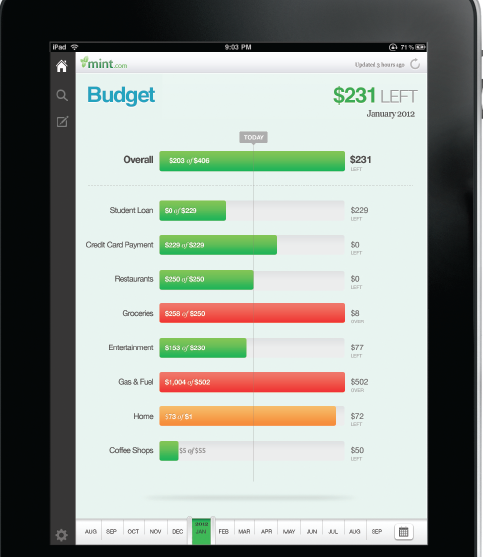