Japan’s National Institute of Information and Communications (NICT) and JVC Kenwood have developed what they say is the world’s biggest 3D display. The device boasts a screen size of 200 inches, offers 57 different viewing angles, and best of all, it doesn’t require you to use glasses to view pictures in 3D.

The auto-stereoscopic display is based on 57 projectors in an array, produces 3D pictures in full HD and weighs 500kg. It was first announced by the NICT in January this year but appears to have been altered since (the earlier version used 64 projectors, for example): 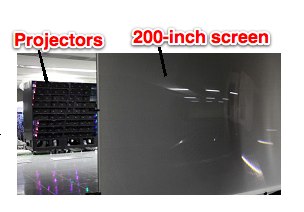 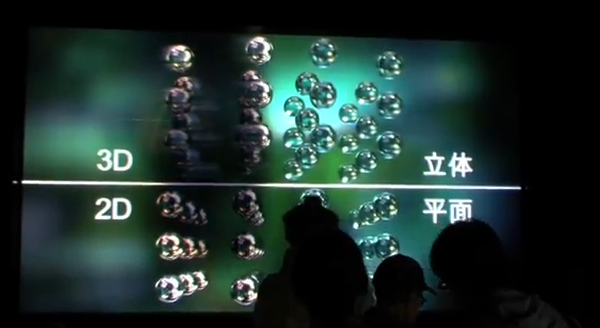 This video, recently shot by Diginfo TV in Tokyo, provides more insight on the newest model (in English):