A video inadvertently posted to Google’s YouTube account has given a sneak peek at some of the changes that will be coming to Gmail in the very near future. It was quickly taken down, but not before a few screenshots were snagged by Google Operating System.

The new UI is obviously based on the Gmail ‘preview’ theme that it began offering back in June, which has more whitespace and options for tweaking how densely you want your conversations listed.  The biggest change seen in the video is the conversation/reply view, which looks a lot more like Facebook Messages — each person in the conversation has their photo shown, and it’s easier to read previous messages in the thread.

Another key change: Gmail will start surfacing its advanced search features as soon as you click the search box. Before now these haven’t been as easily accessible — you’d have to either click a ‘show search options’ link, or use search operators (“sent:”, “has:attachment”, etc.). Now these options will pop up immediately, and you can also create a new filter from your search query on the fly.

There are some more minor tweaks as well. Some buttons are now represented with visual icons reminiscent of those seen in Android Honeycomb/Ice Cream Sandwich. You can now manually adjust the size of the Labels and Chat windows. And there’s a new slick effect: as you resize your browser window, Gmail will dynamically adjust its layout so that everything fits.

They’re nice improvements, but, as someone who lives in Gmail all day, there are still a lot of changes I’d like to see. In particular, there are some features that Hotmail (yes, that Hotmail) recently launched that I’d love Gmail to reproduce. For instance, in Hotmail it’s now possible to automatically delete certain messages after a few days (there’s no reason to let all those expired deals clutter your inbox, after all).

Update:
Google took its video down, but here’s a mirror, again via Google Operating System: 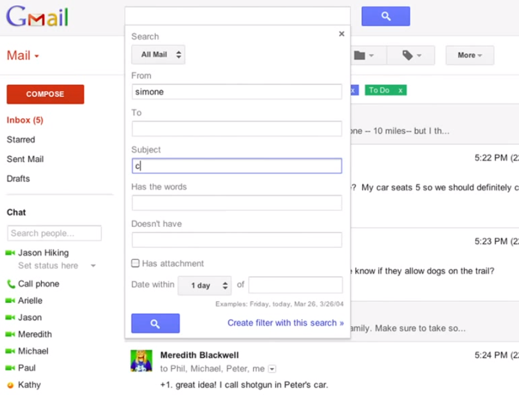 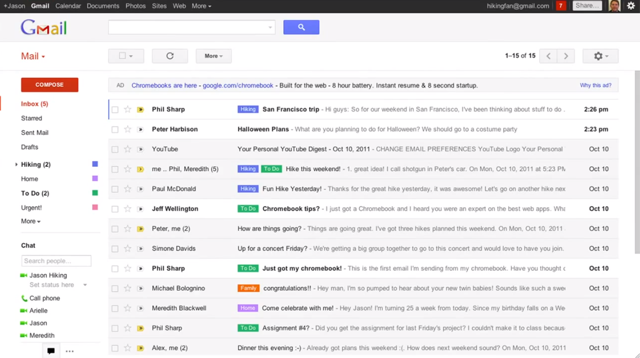