The editing tool will be provided directly on YouTube itself at YouTube.com/create.

To be clear, WeVideo is not the only editing tool that Google’s online service provides, but it hopes to soon to be the most robust. YouTube’s own editor is fairly basic, and other tools like Magisto are more limited in scope. With WeVideo, the goal is to bring a more full-featured, professional-grade video-editing solution to the cloud that’s also easy enough for anyone to use.

The YouTube partnership is a big win for WeVideo, a startup which just launched a month ago. The Sunnyvale, Calif.-based company is actually a spinoff from a European venture called Creaza, which offers a similar, but education-focused, movie editor to a quarter million students across Europe.

WeVideo, however, has just a couple of thousand users so far, but thanks to the YouTube launch, is planning to quickly scale up to at least a million. In preparation for its U.S. debut, the company spent the summer migrating its platform to Amazon’s cloud servers, a move that doesn’t just help it scale, but will also help to improve processing and rendering times for end users. Unlike desktop-based editors which can only move as fast as a computer’s hardware allows, the WeVideo cloud solution has the ability to increase processing speeds to paying users on demand. As users move up through the tiered paid offerings, those speeds increase, as does the available storage space and video resolution. (Details on pricing is here).

For YouTube users, the “starter” package provided on the YouTube site will remain free. It will offer easy to use features like a drag-and-drop editing interface, which lets you quickly add music, transitions, titles and other effects.

In addition, videographers can collaborate on projects together, where all project members can share their video clips via a single interface. (This feature is available to WeVideo platform members only). From here, videos can be edited using shared libraries by any group member. No one can overwrite your own edits, though – but they can use your video as the jumping off point to create their own. In the future, WeVideo wants to offer real-time video collaboration as an option, too. 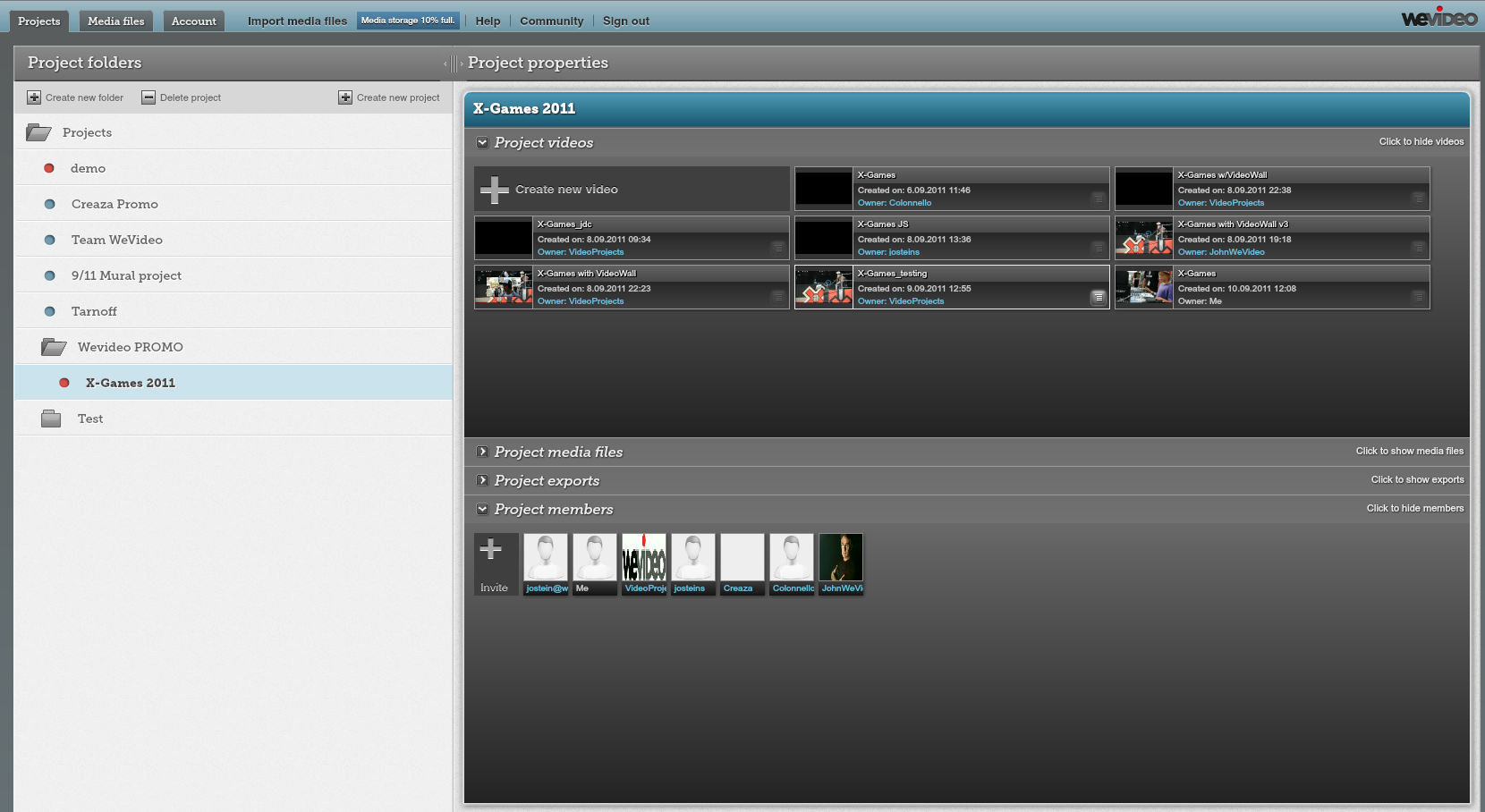 A later version of the WeVideo/YouTube integration will also offer a marketplace to YouTube users, allowing them to purchase licensed video clips, images and music for use in their own creations. There will be around 400,000 songs available at launch, thanks to a partnership with a yet-to-be-disclosed music library provider (not a record label or labels, but a middleman). The rights to a popular song may cost around $10 to use within a YouTube video.

WeVideo was self-funded at launch, with $1.4 million from its founders, CEO Jostein Svendsen and CTO Bjorn Rustberggard.  It just closed a seed round of $1.1 million this week from private investors, including well-known European-based angels, but may be adding to that soon. A Series A round for around $3-5 million is also in discussions.

Update: Clarification – collaboration is available to all WeVideo users – but not for all YouTube users yet. This may arrive in a future version.