Well it would seem that NTT DoCoMo, one of the largest wireless carriers in Japan, has let slip the Samsung Galaxy Nexus announcement just a couple hours early.

According to a tweet, “the latest Android OS smartphone with Google and Samsung Electronics [will be] announced on October 19 in Hong Kong tomorrow. DoCoMo is almost equivalent to the fastest in the world, scheduled for release in November. More later.” (Anyone who’s fluent in Japanese, please feel free to add clarity that Google Translate can’t.)

Although we’re still waiting to confirm specs that have already been leaked, an Italian blog called Android HDBlog seems to have an official image (full-size version after the break). 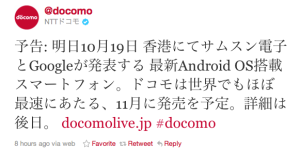 We’re not sure that this is 100 percent the real deal since we’d expect text in the image to be in Chinese. (The official announcement will be in Hong Kong.) Still, the blog claims that this comes straight out of Japan where what they call “the Japanese operator” has confirmed availability for November 20.

According to Android HDBlog, these are the specs we’ll be seeing on the Samsung Galaxy Nexus:

We’re still unsure whether or not there’s support for a microSD card, but I would be kind of shocked if there wasn’t. 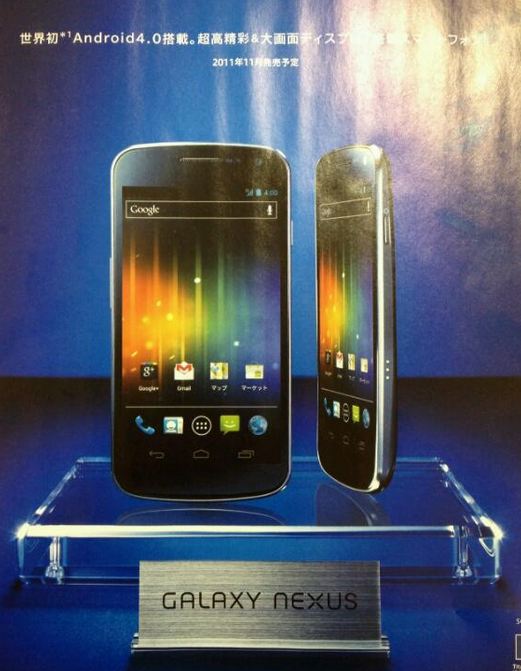