Well, Rovio doesn’t need much of an introduction: It’s the company behind the now ubiquitous game that features everybody’s favorite affronted and chafed birds. Back in September, a whopping month and a half ago, Rovio’s North American General Manager Andrew Stalbow revealed some brand growth stats at TechCrunch Disrupt in San Francisco, peeling back the curtain a bit.

As a testament to how quickly Rovio is growing, thanks to Angry Birds, today at Web 2.0 Stalbow was back on stage, firing off some stats that give us a fresh glimpse into recent growth. At Disrupt, Stalbow said that Angry Birds had pulled in 350 million cumulative downloads across platforms (and was selling 1 million t-shirts and plush toys a month, god help us); and today, Angry Birds is already grown to 400 million cumulative downloads. Not bad for a month of angry squawking. 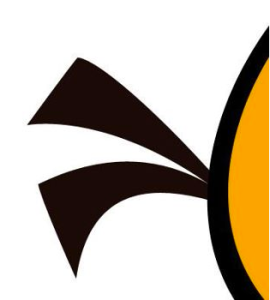 What’s more, Angry Birds Stalbow said that the game is currently seeing 130 million monthly users, 30 million daily active users, and 300 million minutes of game play each and every day. And perhaps what’s so impressive about these crazy growth numbers is that customer acquisition really hasn’t been aided by much marketing spend on Rovio’s behalf — at all. That’s right, to date, the total marketing budget is $0.

Yet, perhaps most importantly for Angry Birds fans — and as we’ve just seen, there are quite a few of those out there (including myself) — Stalbow confirmed today that there is in fact a new bird coming to the game for Halloween. Today, fans may have noticed that Rovio leaked this photo on their Facebook page, which immediately led to speculation over whether or not Rovio would be sling-shotting a new flapper into the game, and according to Stalbow, that’s exactly what’s going to happen.

He did not give details, so we’re not sure what the bird will look like, what it’s ammunition will be (detachable beaks?), but judging by the photo, it looks like the avian bomber will be orange. At least in part.

Oh, and an Angry Birds movie has also been confirmed, though there wasn’t really any doubt there, as the executive producer of Iron Man 2, Thor and Captain America, (and former Marvel Chairman) David Maisel, was hired onto the project back in June — and animated movie Rio dropped earlier this year. Yup, they’re serious. There’s also a cookbook, too, which Robin got a look at last week. For more, check out his post here.

More to come as this story develops.