Sales stats for the month of September have been propagated by the NPD Group, and the usual suspects are on there with no major upsets. The 360 is leading sales with 483,000 units sold, followed by the PS3 (estimated at ~370,000 units), with the Wii bringing up the rear with 240,000. Nintendo was happy to point out, however, that the DS has just crossed over the line of 50 million sold in the US, making it the best-selling game console ever in this country by their calculations (the PS2 is a very close second, if so). But with a quarter of a million DS units flying off the shelves every month, what does that mean for the 3DS?

You may remember that Nintendo made quite a big deal about essentially introducing the new handheld with a price that was just plain too high. After slashing the price and offering free games to early adopters as a consolation prize, they’ve seen sales improve… but the month saw 260,000 being sold, not the kind of numbers Nintendo would like to see for their only new console in years (though not as low as the number I had here originally). There was a surge right after the new pricing was announced, but that seems to have petered out. 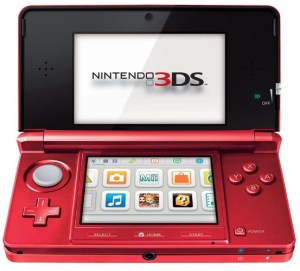 Did they miss the boat?

Don’t forget that the DS is in its 7th year of sales. The 3DS is its true replacement (not the XL, or DSi), and the 3DS will be on sale for a long, long time. The gaming race isn’t a sprint, and a stumble at the start doesn’t mean Nintendo is out of the running. After all, the PS3 was a joke when it started out, and while it hasn’t dominated the 360 by any means, it has seen solid, increasing sales over the years. Nintendo is okay with putting a band-aid on this problem because they’re looking five years down the line.

Not to mention the DS is finishing off strong, with a big year of serious releases, while the 3DS doesn’t have two killer games to rub together. Give the 3DS some time: the price will drop, new versions will arrive, and must-have games will be announced. And hopefully no children will go blind.