The Nook Color is getting its first dedicated Twitter application today, an app called Tweek built by the boutique software consultancy DIG based in Tampa. To be clear, this isn’t the first app on the Nook Color to support Twitter. There’s already Seesmic, for example, which provides access to Twitter, Facebook, Google Buzz and more. Celebrity Tweets, meanwhile, aggregates the musings from over 300 celebs.

The app includes the standard features you would expect in a Twitter client, such as the ability to post updates, view and respond to @ replies, read and write direct messages and follow Twitter trends. There’s a “refresh” button at the top to update the stream, and next to each Twitter status update, “Reply” and “RT” buttons are provided.

The app’s color scheme is a dark black and gray, which hopefully you’re into, because there isn’t a way to customize the UI at this time.

At 99 cents, Tweek fills a void for Nook Color users who wanted a basic standalone Twitter app for their e-reader. You can grab a copy here on the B&N website or on your device itself. 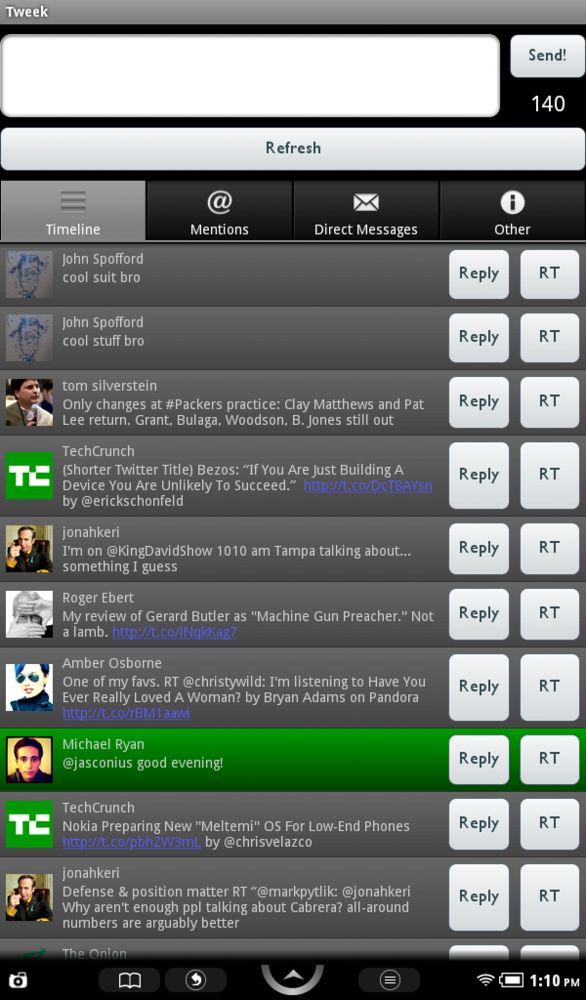