I admit I just walked by microchip maker Rohm‘s booth at this year’s CEATEC 2011, but the Japanese company actually showcased something very interesting: it developed the world’s smallest chip resistor [JP], which, at just 0.3 x 0.15mm, is a whopping 44% smaller than the previous model.

Rohm’s pitch at CEATEC is that 500,000 of the new resistors could be used in an hourglass (instead of sand).

In fact, the company says the devices are too small to be processed with equipment that’s currently available: Japanese business daily The Nikkei is reporting that Rohm is currently looking for partners that could help develop technology to actually mount the resistor on a circuit board. 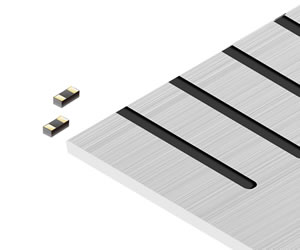 Smartphones, for example, use up to 400 chip resistors, which means the smaller resistors get, the thinner and lighter handsets could theoretically become in the future.

Rohm is currently planning to start mass-producing the resistors in fall 2012.