Hitachi Maxell, in cooperation with Murata, has announced [JP] the so-called Air Voltage for the Japanese market today, a combination of a wireless charging pad (dubbed “Energy Stand”) and jacket (“Energy Cover”) specifically for use with the iPad 2. According to Maxell, the device is the first of its kind (mass-produced).

The way it works is that users put their iPad 2 into the jacket, place it on the pad and let the Air Voltage system charge the tablet – no cables required. Maxell says that the wireless power transmission of 10W takes about 3 hours for a full charge, as long as charging the iPad the conventional way (AC adapter). 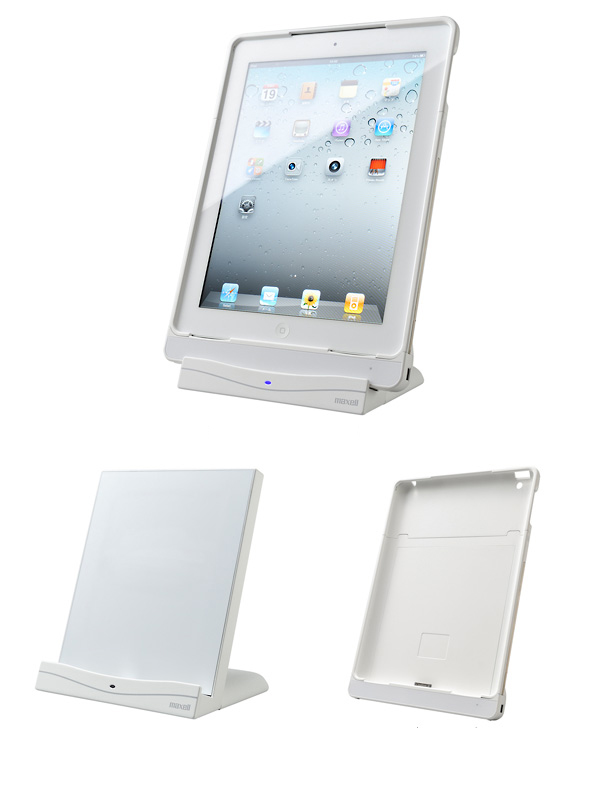 Owners can place the iPad 2 on the pad/stand either horizontally or vertically and keep using the tablet while it’s being charged, too.

Maxell plans to start selling the Air Voltage in Japan on November 25 for $196. Murata, the maker of the wireless power transmission module that’s built into the Air Voltage, has set up a detailed web page that explains the product in English (here‘s a video).