There is a lot of junk on YouTube. But there are also a ton of undiscovered gems. Imagine if you could have a hand in surfacing the best stuff. And imagine how much more exciting that would be if you could do it live.

That’s the basic premise of YouNow, a new startup launching today at TechCrunch Disrupt. An easier way to think about it may be as YouTube/Justin.tv mixed with The Gong Show. Or if you’re under 30, maybe think of it as Turntable.fm for live video. Participants go live with either a musical performance or a talk and they’re voted on in realtime. Thumbs-up votes buys the person more time, thumbs-down means they’ll soon be shoved off the stage.

The YouNow team calls this social television. It’s certainly not television quality, but in many ways it’s more interesting. It’s a living, breathing form of entertainment in which the whole world can vote on what to watch. Using it for just a few minutes, I’ve already found two people I would consider to be genuinely talented, and three people who are clearly crazy. Fun times. 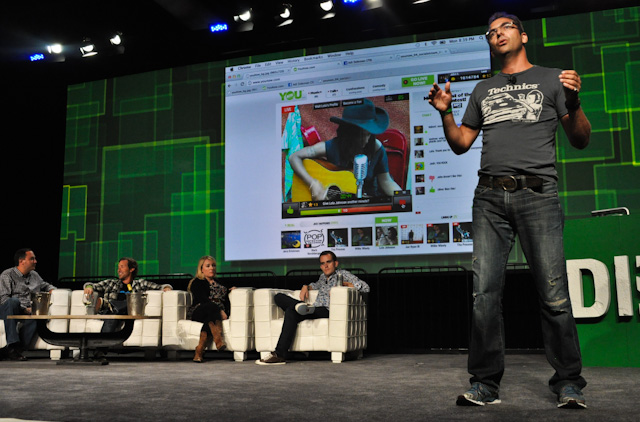 Of course, they’ll have to worry about the “Chatroulette” issue — that is, people exposing their genitals or being otherwise inappropriate. But the good news is that the voting scheme will quickly get rid of those types of users.

The cool thing about YouNow is that it will get much better as it grows. Imagine hundreds of thousands or even millions of people watching a performance and voting. It could be a realtime American Idol on the web. Better, scale will allowed talented performers to get paid — there’s a tipping mechanism built into YouNow. 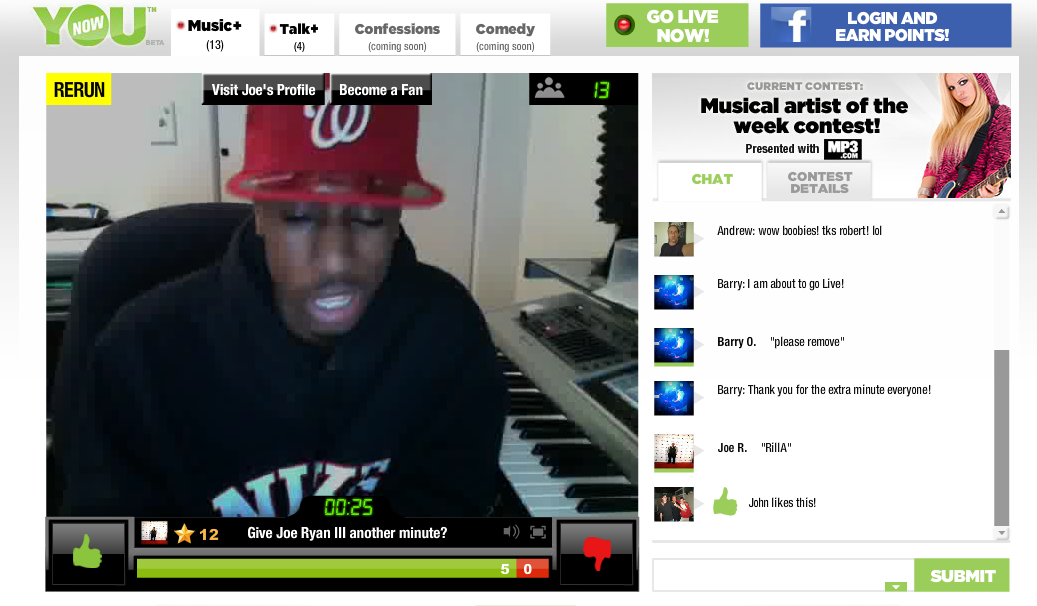 And performances can be streamed live from the web or a mobile device. So users can really play the game anywhere they go. The mobile apps should be ready in a couple of weeks.

The service has raised $1 million so far from Union Square Ventures and Founders Collective.