At the TechCrunch Hackathon on Saturday, the 108-year-old, All-American automaker, Ford, teamed up with the newly-American music service, Spotify, to showcase the growing opportunities for developers looking to take advantage of in-car gadgetry to integrate their apps and mobile services.

Today at TechCrunch Disrupt in San Francisco, Ford looks to continue pushing forward with in-car connectivity and gadgetry, announcing a partnership with Bug Labs — an open-source hardware and software provider that tinkerers and engineers can use to create their own digital devices. The two companies will be collaborating on a new in-car research platform, named OpenXC, which looks to transform the car into a plug-and-play platform that will support open-source hardware and software to allow developers to make the car a playground for all kinds of cool new technologies.

OpenXC, which is based on Bug Labs’ Bug System, will allow users to create a personalized driving experience through add-ons like visual and audio feedback interfaces and environmental sensors and safety devices — simply by snapping Bug Labs’ hardware modules into the consoles of vehicles. 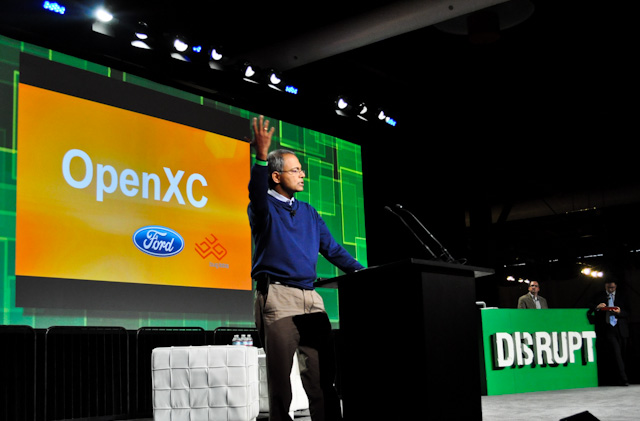 According to K. Venkatesh Prasad, the senior technical leader for Ford Research and Innovation, OpenXC is designed to create a platform that is completely open to the developer community, allowing engineers and hackers to offer cool in-car solutions to the consumer at reasonable prices. While Bug Labs has teamed with developers and enterprises like Verizon, Sprint, AT&T, Pitney Bows to design and test innovative devices, Ford is the first automotive OEM to collaborate with Bug Labs.

Across the board, cars are getting smarter, and the opportunity for innovation in automotive connectivity continues to grow. Ford said that it hopes to use the OpenXC research project as a way to test new entertainment and connectivity solutions, and get a head start on the changing (and increasingly more technological) landscape, like fast-changing content preferences and “buy as you can” rental app solutions.

As Asia is poised to become a big source of vehicle sales over the next decade, Prasad gave the example of a Ford owner who loves the game of cricket. Through OpenXC, drivers will be able to purchase a $15 cricket module from a local ford dealer, one that’s designed by a local developer and approved by Ford, to plug into the master control board in the car that would play a community radio station dedicated exclusively to cricket. After the season is over, the driver could replace the module with another, sport-focused or otherwise.

OpenXC is designed to give both Ford researchers and third-party developers a low cost sandbox in which they can share, test, and verify any and all concepts related to in-car connectivity. The idea is to allow its open platform to give communities of drivers the ability to customize their driving experience, while at the same time allowing manufacturers like Ford to avoid building customizable vehicles for specific markets. Instead, through OpenXC’s sandbox, Ford is opening up that customization to third parties, enabling personalization of the driving experience to continue with participation from multiple sources without having to break the bank. 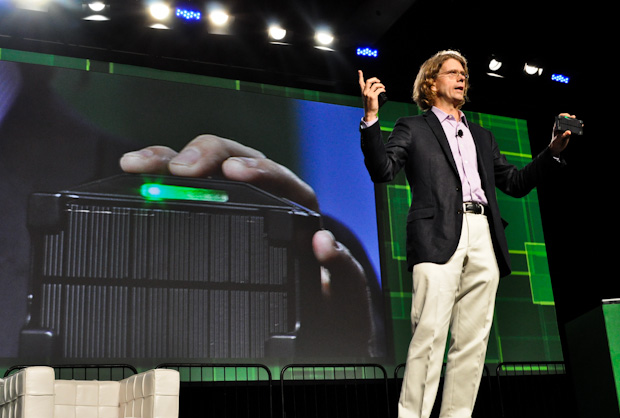 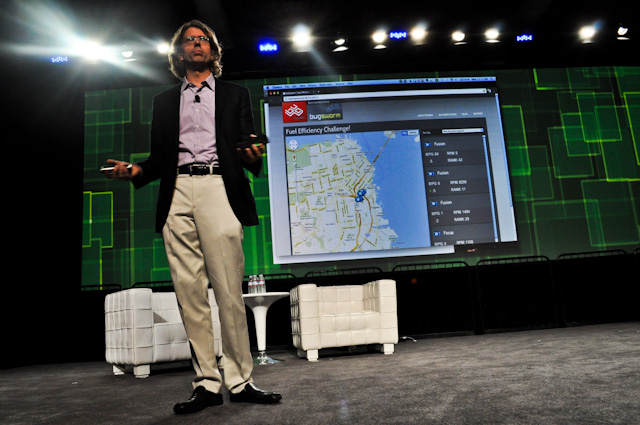 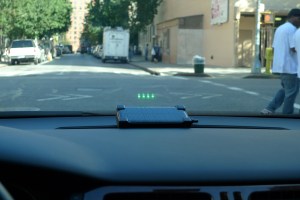 At Disrupt, Ford and Bug Labs demonstrated the OpenXC platform using a Ford Fiesta to showcase a prototype “Fuel Economy Challenge” app that uses Bug Labs’ hardware and software modules to provide a LED fuel efficiency display module in the vehicle’s cockpit. When up and running, the app illuminates the windshield with a display presenting the driver’s current fuel efficiency. Drivers then have access to realtime data on how others in the challenge are performing, and who is driving most efficiently.

It’s nice to see a once-troubled automaker finding new ways to remain relevant and provide its drivers with all the benefits of the mind-melting technology being developed by young American startups and tech companies. Developers and engineers, definitely look out for this one.