In January, AppRedeem raised $750,000 from SV Angel and Blue Run Ventures to offer mobile app developers innovative, effective solutions aimed at driving app installs and engagement. Since then, the startup has been quietly working its way into a hot new category: Deals. Today, the Mountain View-based startup is officially announcing AppRedeem Deals, a new mobile in-app promotional network that rewards users for continued app engagement, while helping developers to drive conversion to paid versions of their apps.

To test the waters, the startup began with “The Moron Test Section 2”, currently the third ranked free app on the iTunes app store. To use this app as an example of how AppRedeem Deals works, AppRedeem presents a promotional discount for Moron Test’s paid app. The startup is currently offering 50 to 100 percent off those paid apps from within its free counterpart. Unlike Tapjoy, said AppRedeem Co-founder Sheffield Nolan, AppRedeem Deals aims to ensure that people taking advantage of the discount have already installed the free version without any incentive, so the motivation to buy the paid version is fully aligned with that of Apple and its policy.

According to Nolan, this enables users of the free app to take advantage of the opportunity to upgrade at no cost to them, whereas for developers, their paid apps are then monetized more effectively, and they get to use those promotional dollars targeting people who already tried and enjoyed their apps.

Here are the key numbers that came from the first 6 weeks of AppRedeem ‘Deals’. Nolan tells me that, at first, AppRedeem will use their new deals network as a customer acquisition tool. At present, they are not taking a cut of the discount they are offering gamers, so all the money earned from the discounts is going straight to the developers. The team plans to offer cuts and take a small percentage of the deal in the future.

The startup’s next focus, the co-founder said, is to begin helping developers drive increased engagement of their apps, and to begin implementing deals with more partners to enable further functionality to promotional offers for in-app purchases. In the last week, Nolan said, AppRedeem hit profitability, so they will also be looking to raise a series A round in the coming months. (They will also be announcing the addition of a top executive of a big deals company in the near future.)

For more, check out AppRedeem at home here. 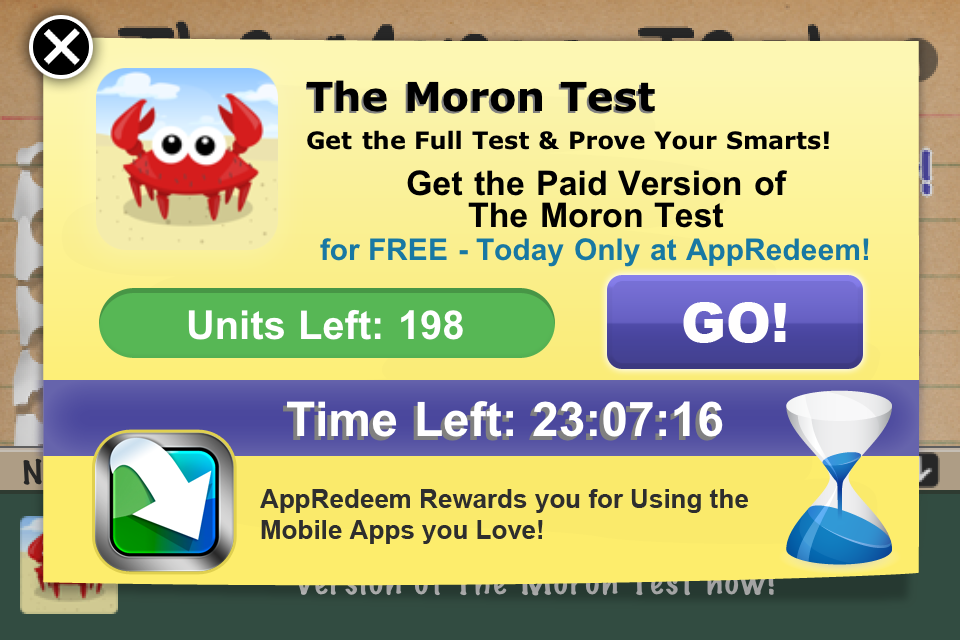