The ever-volatile issue of the costs surrounding globalized manufacturing looks to be looming again as a harshly critical report on Apple’s Chinese suppliers gains visibility. The report, by environmental NGO the Institute of Public and Environmental Affairs (IPE), is the sequel to another they released in January entitled “The Other Side of Apple.” With the ominous title it’s clear what their intention is, and while there is a certain slant to the presentation, the facts highlighted are too salient to ignore.

I have written about our conscious abdication of moral responsibility for our purchases (Our Great Sin), but the IPE report resurrects the question of corporate responsibility in an era of increasing transparency.

Should we, and can we, hold Apple and others like it to account for the transgressions of those with whom it does business?

You can download the report in English or Chinese here; I’ve also embedded it at the bottom of the post. 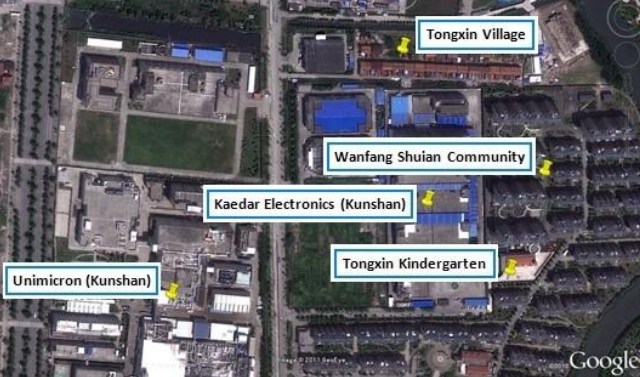 First, the obvious must be acknowledged: that this report set out with the intention of exposing, not to say slandering, Apple and its suppliers specifically by publicizing information unlikely to be disclosed by any of the parties involved, such as the health problems of schoolchildren adjacent to certain factories. It also must be said that the violations highlighted are not exclusive to Apple, Foxconn, or China. The report is candid regarding this and gives reasons for why they are singling out Apple.

Not that we can’t think of good reasons on our own for an increased level of scrutiny: as perhaps the world’s largest and most influential electronics company, Apple is a natural target for industry watchdogs and reformers. Furthermore, its policy of limited disclosure is ill-adapted to an era in which information wants to be free, even if it must be tracked, trapped, and released into the wild.

The report is worth reading for anyone interested in this topic, or anyone curious about the environmental conditions surrounding Chinese factories. I don’t think there are many who imagine a shining paradise with sparkling-clean factories churning out ethical iPhones and recycling the scrap into inspirational sculptures, but it’s nice to get a reality check now and then regardless. If you’re in a hurry, just read the “executive summary,” from which I quote (selectively):

Apple has systematically failed to respond to all queries regarding their supply chain
environmental violations.

We have found from this investigation that the volume of hazardous waste produced by suspected Apple Inc. suppliers was especially large and some had failed to properly dispose of their hazardous waste.

From these two investigations, the coalition has discovered more than 27 suspected suppliers to Apple that have had environmental problems. However, in the ‘2011 Supplier Responsibility Report’ published by Apple Inc., where core violations were discovered from the 36 audits, not a single violation was based on environmental pollution. The public has no way of knowing if Apple is even aware of these problems.

The report continues with the documentation of their and others’ investigations into the environmental problems specific to inadequate regulation and disclosure. The cost at large of industry (i.e. pollution, injury, etc.) has been known for centuries, of course, but a rigorous on-site investigation turns up things that one would expect to find in Apple’s audits. Some of the data is anecdotal, but much of it has to do with discrepancies between what is reported, what is really happening, and indeed what is even being looked for. Along for the ride (and providing the photos accompanying the report and this article) was well-known Chinese environmentalist Ma Jun. 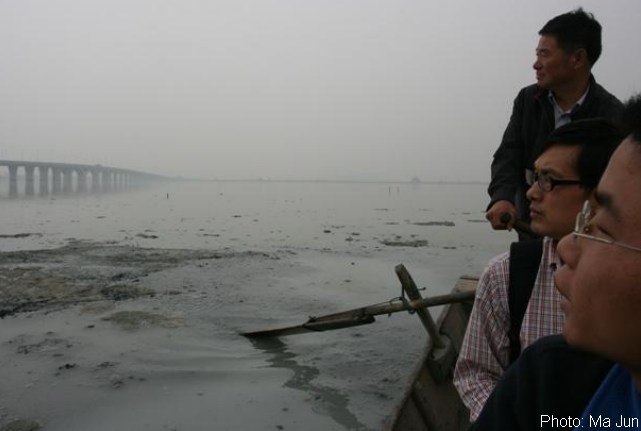 Familiar tactics are on hand: venting the most hazardous chemicals at night, nominal compliance totally unchecked by regulators, resolutions by local governments that go nowhere, and health problems among workers and locals probably but not certainly linked to the factories. These are things you’ll find in practically every country, but they appear to be running rampant among the big Chinese OEMs.

And it is perhaps this fact, the ubiquity of industrial waste and its halo of destruction, that has resulted in lopsided regulation by Apple. Following a rash of suicides and a number of reports on the conditions of laborers in Apple’s supplier factories, Apple has been careful to publicize its Supplier Responsibility Report (PDF), which details their audits and responses. As you can read for yourself, the “core violations” are almost entirely labor issues. Environmentally, it appears that the companies Apple contracts with are the very pattern of compliance:

And this report seems to directly contradict that. However, it should be noted that the rules being complied with are not exactly disclosed, and that high number may have more to do with inadequate Chinese laws and regulation than laxity on Apple’s part. After all, if Shenzhen ordinances permit however many tons of waste cyanide and heavy metal runoff, they are within the law despite the harm that may do to the environment or surrounding population. The same may be said for many factories in the US. 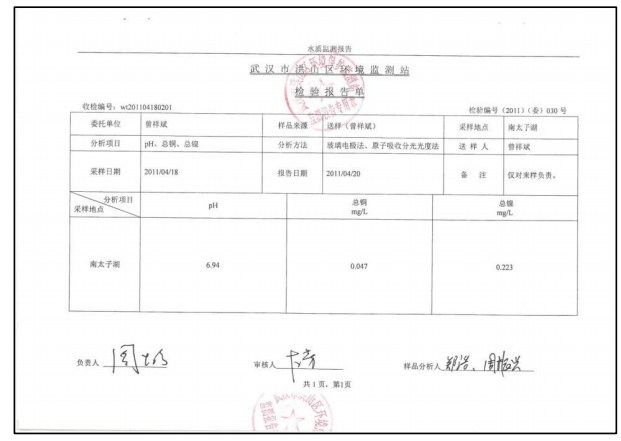 Yet it’s not often we hear about Intel factories causing chest pains among nearby kindergarteners. And the news that their chemical waste volume had risen 27% in one year came not from a watchdog agency but from their own report.

Indeed, the IPE’s report goes to some length to establish that while Apple’s responsibility may not extend to scrubbing toxic alkalis off seabirds, they do not seem to be following the example of some other large tech companies, which have taken steps to improve the visibility of environmental violations and corrective actions. Siemens, for instance, has begun asking their suppliers to publicly disclose solutions being enacted regarding violations. The rest of the industry is no beacon of hope, though, as many of these shady manufacturing operations contract with Motorola, Samsung, Panasonic, and the rest of the usual suspects. The multi-tiered supply chains of practically every electronics manufacturer are extremely difficult to monitor, but the difficulty is directly proportional to the size and extent of that company’s involvement. But Apple’s deliberate policy of non-disclosure, or to be kind, of selective disclosure, is at worst criminal and evasive, and at best a poor standard to set for the industry.

What is it we can do to improve the situation? Shedding equal light on the environmental impact of globalization as on the economical and humanitarian impacts is a start. It’s been done desultorily for decades, but the gruesome realities consequent on the world’s appetite for gadgets and such is hard to face, harder to address, and at any rate lacks the flash and instant appeal of a Foxconn worker jumping to his death following a management dressing-down. It’s easy to comprehend and easy to decry, but the broader tragedy of thousands of lives lost to cancer and anthropogenic desertification doesn’t fit so easily in a blog post, or the short international news section of the local paper.

But perhaps the timing of this report is auspicious. While Steve Jobs may or may not be staying on in a detached yet powerful fashion, the new face of Apple is Tim Cook and it may be that he can be prevailed upon to make the changes Jobs wouldn’t, or couldn’t. Or as the eye of the public, fatigued with the denigration of humanity that accompanies industrialization, shifts towards the environmental impact of massive companies like Apple, perhaps Apple’s eye will shift as well. Could next year’s Supplier Responsibility Report strengthen and impose rules regarding environmental responsibility? Or Apple and the others fail again to take action on these problems, which are pernicious to solve, easy to pass on to others, and have the agreeable side effect of reducing manufacturing costs?

Environmental groups can issue reports like this one, and I am lucky enough to be in a position to help at least expose our readers to this information, however they should choose to interpret it. Apple produces the world’s most popular devices, and are on track to become the world’s most valuable company. It behooves them to lead the industry in more than just interface and industrial design. We may not have the backbone to opt out of their products, or the products of other companies making similar mistakes, but it’s consistent with our inviolable brand loyalty to hold our favored companies responsible for problems as widespread and poorly addressed as this.