Today, EnergyHub launched its new, comprehensive, in-home energy management system for U.S. consumers. The system includes the EnergyHub Home Base, for centralized management of the electricity usage in the home, as well as The EnergyHub Thermostat, Sockets and Strips.

The Home Base also connects to the Web via Wi-Fi, allowing users to remotely manage individual components via Web-based or mobile applications that run on iOS and Android devices.

The new system is notable not only for its ease-of-use – just plug in your devices, and you’re ready to go – but also because it’s now available outside of a utility-sponsored program.

Previously, the company sold its hardware to utility providers, who then installed the devices in customers’ home. Today’s launch of a direct-to-consumer offering democratizes access to these same energy monitoring systems and tools. 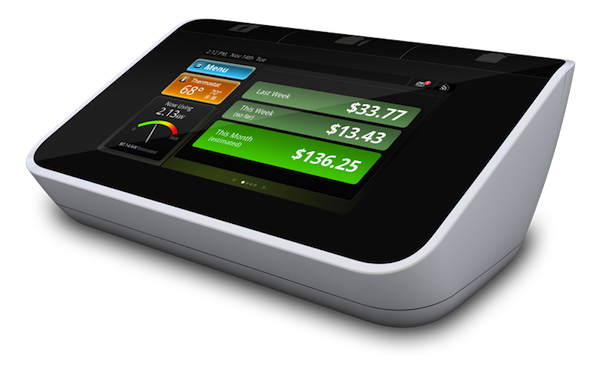 The EnergyHub Home Base is the central station for interacting with the home’s connected devices, where it displays your current and projected energy use on its colorful touchscreen. Here, data is tracked in real-time, and you can program various usage parameters in order to control energy usage automatically.

There are also modes called “At Home,” “Goodnight,” and “Away” that let you program various configurations that can be enabled with just one touch.

The Home Base comes in two versions: ZigBee and ERT-compatible, which refers to two common radio types used by smart meters. (This video helps explain which one is right for you).

And when you’re away from home, the EnergyHub Web-based and mobile apps help you switch between the various modes and remotely control appliances. 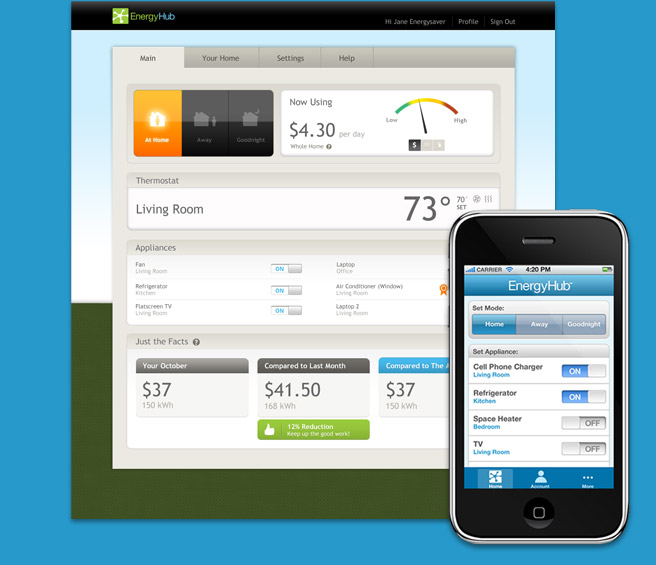 EnergyHub pricing is as follows:

EnergyHub raised $14.5 million in a Series B round last week, as two new investors, Acadia Woods and the New York City Investment Fund, joined existing investors .406 Ventures and Physic Ventures. The funds will be used to support commercial deployments and the launch of the new Mercury wireless thermostat software service.