Sometimes the need to test outweighs the need for total secrecy. I’m going to assume Color CEO Bill Nguyen shares that belief. The past two days his Facebook stream has been filled with some seemingly bland pictures. But they’re not bland — they’re test pictures. And they’re sent from a new app called “Blue”.

I don’t know much about the app itself, but I was able to dig up a little bit of information — including the logo above. Judging from the name alone, I think it would be pretty safe to assume that this is at least one of the new projects the Color Labs team is working on after Color itself fizzled out.

And there’s a bit more hinting at this being Color’s next project — namely that many of the developers listed on the Blue app Facebook page work at Color (and a number work at Apple as well, where Nguyen worked prior to Color Labs). The app currently has 29 monthly active users listed.

A bit more: it appears that they settled on the “Blue” name recently after using the codename “TestJckJck” (seriously) for several weeks. You can find that Facebook app here, again with several Color/Apple people as developers.

Nguyen has been testing TestJckJck on his own profile for some time now. Blue certainly has a better ring to it.

My guess right now is that Blue is a new mobile app with deep ties into Facebook Photos. That’s interesting since Facebook may be working on their own stand-alone app in that regard. Earlier today, Nick Bilton reported that Facebook was readying a range of photo filters to use in a mobile app. This may all be related somehow.

One more thing: the URL for Blue for Facebook contains “bluecolor”.

Update: We’ve since confirmed with multiple sources that Blue will indeed be Color’s next app. 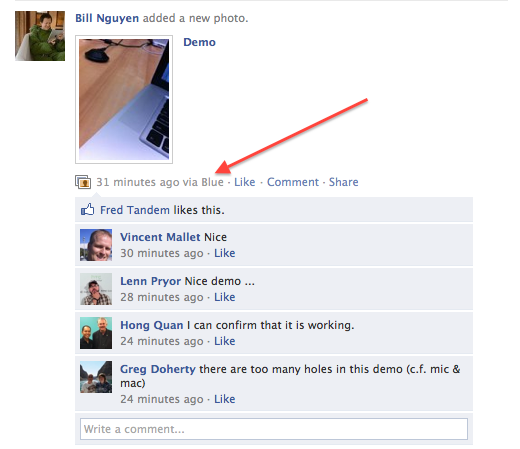 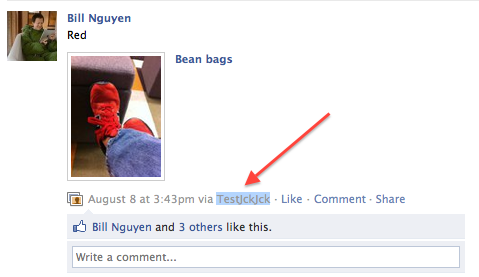 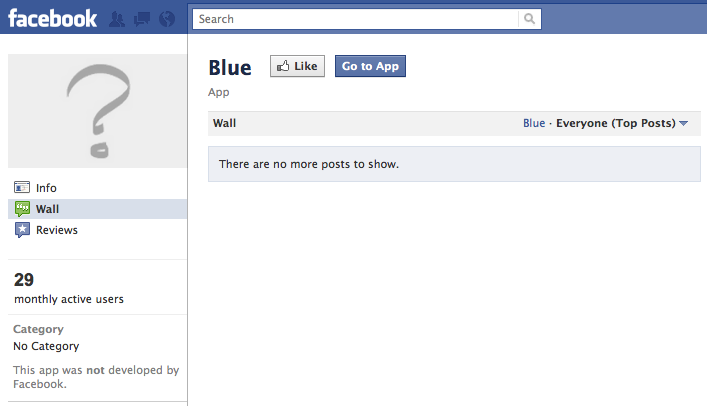