Just this morning we reported on the creation of a Google Group whose members are discussing how to use facial recognition technology to identify looters from London’s riots in online photos. Now, a second site has come to our attention which makes the process of identifying rioters even easier, no special technologies needed.

The site, called Zavilia.com,  is simply posting all the photos of looters it can get its hands on, and offers a short form alongside each image where you can type in the criminal’s name. 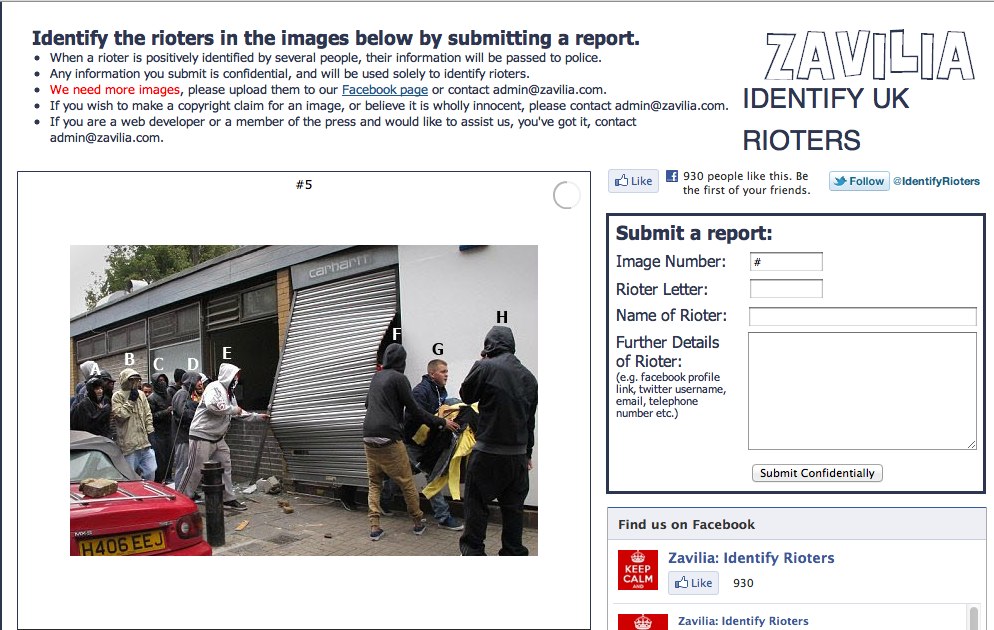 According to the website, all information submitted is confidential, and is only being used to identify the rioters. When enough people positively identify the same rioter, that information will then be forwarded to the police.

There are currently only a dozen or so photos featured on Zavilia.com at present, but given that the website launched less than 24 hours ago, it’s understandable.

In the meantime, the site’s creators are actively soliciting photo submissions on its Facebook page here, and several users have helped out by posting photos as Wall Posts. 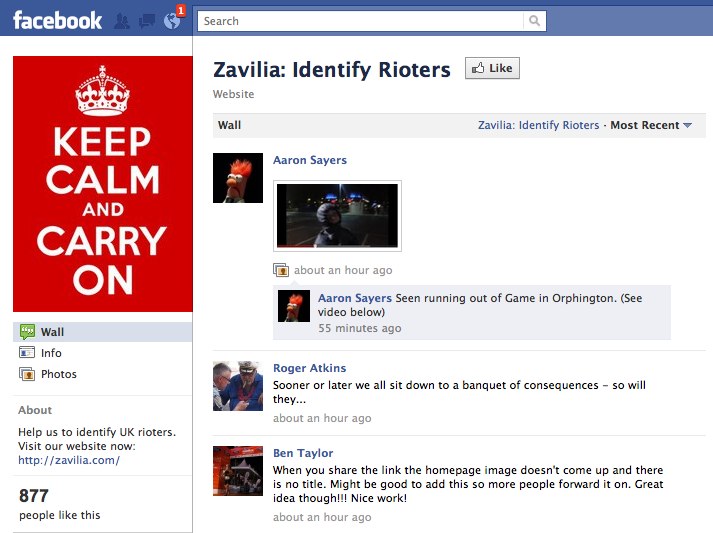 As to who’s behind this effort? Unknown.

Zavilia’s team leader “Matthew,” told me that the site is run by a “team of U.K. citizens trying to aid the investigations of police.” He says there are three of them involved.

“Due to the sensitive nature of the events we are a part of, we are trying to keep our real identities hidden,” he says. “As I’m sure you are aware, some people disagree with a website that ‘names and shames’ criminals (usually the criminals themselves). We agreed as a team that we do not want to expose ourselves to any danger.”

There’s also a Twitter account associated with this effort. And, according to a tweet posted a half hour ago, user submissions have already identified some rioters.

Matthew confirms that the site has identified certain rioters already, but won’t say which ones or how many.  These ID’s have not yet been sent to the police.

He also notes that support for identifying rioters using video footage will be added soon.