As you know, Disrupt is coming to San Francisco this September and we have some amazing speakers and judges to announce. Tickets for Disrupt SF are on sale here.

We have already announced a few of the key speakers: Peter Thiel, Ron Conway, Marissa Mayer, Mike McCue, and Vinod Khosla. Who else is going to be there? Well, today we are announcing a few more key speakers. Not only will we have the four listed above, we are also incredibly excited to have Elon Musk, Dustin Moskovitz, Eric Ries, and Matthew Prince join us. Musk is the co-founder of PayPal, Tesla Motors and Space Exploration Technologies. He is now CEO of Tesla Motors and SpaceX, and chairman of SolarCity. Moskovitz of course was a co-founder of Facebook, and more recently Asana, a startup tackling the problem of workplace collaboration. Ries helped launch the Lean Startup movement, and has a book coming out by the same name. And Prince wrote his first computer program when he was 7, and is now the co-founder and CEO of CloudFlare, which launched at our last Disrupt SF and now helps speed up billions of page views a month across the web.

You can be sure that Disrupt SF will be a star-studded event filled with brand new startups, guest speakers and judges, amazingly brilliant hackers, after parties, surprises, and much more. As we get closer to the event, we will announce more guest speakers, judges, and many other surprises. Disrupt SF is going to be on September 12th – 14th, starting with our Hackathon on September 10th and 11th. It is taking place at the beautiful San Francisco Design Center Concourse, which has 125,000 square feet of disruption space for us.

This is one event you will not want to miss. If you’d like to become a part of the Disrupt experience and learn about sponsorship opportunities, please contact Jeanne Logozzo or Heather Harde for more information. 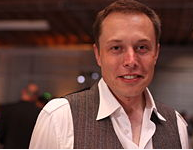 Elon Musk is an entrepreneur and a co-founder of PayPal, Tesla Motors and Space Exploration Technologies. He is chairman/CEO of Tesla Motors and SpaceX, and chairman of SolarCity. Musk was born and grew up in South Africa, the son of a South African engineer and a Canadian-born mother who has worked as a New York City dietitian and modeled for fun. His father inspired his love of technology and Musk bought his first computer at age 10 and taught himself how to program; by the age of 12 he sold his first commercial software, a space game called Blaster.In March 1999, Musk co-founded X.com, an online financial services and email payments company. One year later, X.com acquired Confinity, originally a company formed to beam money between Palm Pilots, and the combined entity focused on email payments through the PayPal domain, acquired as part of Confinity. In February 2001, X.com changed its legal name to PayPal. In October 2002, PayPal was acquired by eBay for US$1.5 billion in stock. Before its sale, Musk, the company’s largest shareholder, owned 11.7% of PayPal’s shares. 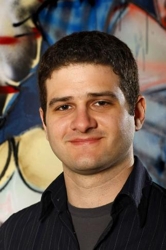 Dustin Moskovitz is a co-founder of Facebook and, more recently, Asana, a startup tackling the problem of workplace collaboration. At Facebook, he was a leader in the technical staff, where he oversaw the major architecture of the site. He was also responsible for the company’s mobile strategy and development. Starting Facebook with founder Mark Zuckerberg from their dorm room, Dustin has been instrumental in the growth and development of the site since its inception. Dustin attended Harvard University as an Economics major for two years before moving to Palo Alto, California to work full time at Facebook. 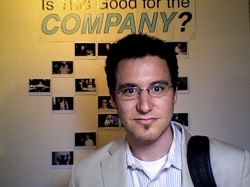 Eric Ries is an author, speaker, and consultant for The Lean Startup. Previously, he co-founded and served as Chief Technology Officer of IMVU. He is the co-author of several books including The Black Art of Java Game Programming (Waite Group Press, 1996). While an undergraduate at Yale Unviersity, he co-founded Catalyst Recruiting. Although Catalyst folded with the dot-com crash, Ries continued his entrepreneurial career as a Senior Software Engineer at There.com, leading efforts in agile software development and user-generated content. In 2007, BusinessWeek named Ries one of the Best Young Entrepreneurs of Tech. He serves on the advisory board of a number of technology startups and venture capital firms. In 2008 he served as a venture advisor at Kleiner Perkins Caufield & Byers 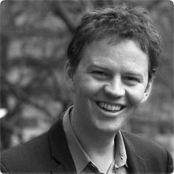 Matthew is the co-founder and CEO of CloudFlare, Inc. Matthew wrote his first computer program when he was 7, and hasn’t been able to shake the bug since. After attending the University of Chicago Law School, he worked as an attorney for one day before jumping at the opportunity to be a founding member of a tech startup. He hasn’t looked back. CloudFlare is Matthew’s third entrepreneurial venture. Matthew holds a degree in English and Computer Science from Trinity College. He graduated with highest honors from the Harvard Business School where he was a George F. Baker Scholar and was awarded the Dubliner Prize for Entrepreneurship. He earned a JD from the University of Chicago and is a member of the Illinois Bar. He teaches technology law as an adjunct professor at the John Marshall Law School where he serves on the Board of Advisors for the Center for Information Technology and Privacy Law. He is also the co-founder of Project Honey Pot.