Most developers would agree: building backends is no fun. It’s like setting out to build the game of your dreams, then having to spend 2 months on the rendering engine — by the time you’re done building the things that most folks wouldn’t even realize is there, you don’t have the energy to build the fun stuff.

Kinvey, a TechStars Boston 2011 startup, has just closed a $2M round for their “Backend As A Service” product, which aims to let mobile developers skip past all the boring database-building and get right into that fun stuff. 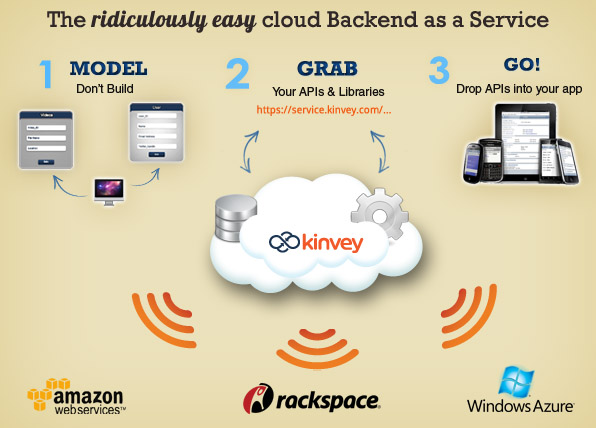 or, in a less Infrography way:

Kinvey’s been pretty successful in finding developers — more so than they intended, even. Their goal for their first month post-launch was to have around 30 developers on the service; instead, they had 150. Today, they’ve got around 500 developers building on the product.

Kinvey is totally free to developers during Beta, which should last until the product officially launches sometime in Fall of this year. Alas, their exact pricing model is yet to be determined.

This $2M round was lead by Atlas Venture, with backing by Avalon Ventures. Kinvey says the money will primarily go towards growing their team, along with building out features like additional third-party data services and app analytics.