Japan’s mobile carriers are currently releasing a number of interesting handsets, which are all part of their summer 2011 line-up. While smartphones, the iPhone and Android in particular, are taking over the Japanese market, there are still some cool feature phones coming out, too.

Case in point: the Casio CA-01C [JP], which NTT Docomo (Japan’s leading telco) started distributing a few days ago. Technically, the device can be called a feature phone, but it outshines the one or other smartphone out there when it comes to some specs. 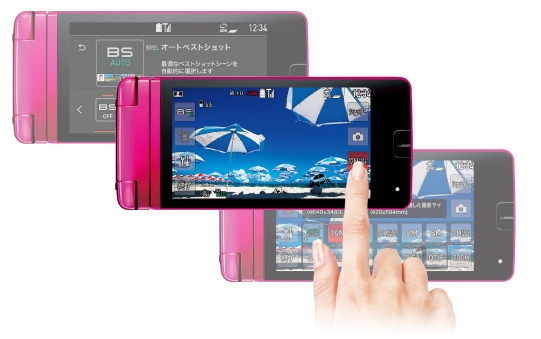 It sounds crazy, but this specific model is basically a phone and digital Exilim camera rolled into one. Just one of many examples: its so-called business shot function automatically corrects shots taken diagonally in conference rooms or event halls, like so: