I am old enough to remember when going into a chain store like Borders and picking out books physically was something one did to save time. Plus, as any bookworm will tell you, rifling through bookstore shelves for buried treasure and asking knowledgable employees about their reading recommendations was an oddly exciting feeling, even at a franchise. Sometimes (in my unemployed writer days) I used to go to the nearest Borders and sit on the floor and open a book, and just read all day until I finished, like it was a library. Sometimes I’d even buy something.

Apparently that “buying something” thing isn’t happening often enough for Borders to be a business anymore; As of today the WSJ is reporting that Borders will be closing its 399 stores and laying off 11,000 employees.

Last time I wrote a Borders post it was titled  “The Internet Scores Its Second Victory Of The Day, Borders Nears Bankruptcy,” juxtaposing the chain’s troubles with the fact that a newspaper couldn’t reverse a news story in time. But maybe it wasn’t the Internet exactly but the way Borders management handled the Internet that caused its downfall.

As Harry McCracken wrote in a thoughtful post about the company’s demise, “The last time I was in a Borders, which was last week, the first thing I encountered when I entered was a great big table of Kobo readers. But it was clearly far too little, far too late.” Borders announced its partnership with Kobo in 2009, lagging far behind competitor Barnes and Noble’s Nook.

Kobo, which asserted its independence from Borders when Borders filed for bankruptcy protection in February, today writes us with the following reinforcement of that independence in light of the shut down news:

“As one of the early investors in Kobo, Borders has a minority stake in our company and serves as part of our distribution in the U.S. along with Walmart, Best Buy, Sears and other retailers.  As a member of the broader book publishing and retailing community, we are watching Borders’ story with interest and send our best wishes to all the people of Borders.

In June Kobo and Borders began transitioning Borders’ customers’ eBook accounts to Kobo to provide direct access to the most up to date eReading functionality, apps, and devices.  Kobo owners will continue to use their eReader devices as usual and browse and shop for new titles in the Kobo Store with no interruption in service.   Kobo continues to grow in the U.S. and around the world and we’re very pleased with progress of the launch of the new Kobo eReader Touch Edition and European office with Kobo Germany.”

So there you have it, Borders customers with Borders e-Reader accounts now basically have Kobo accounts. I still haven’t received word from Kobo on whether Borders’ shares in Kobo will go to liquidator Hilco Consumer Capital and Gordon Brothers, but I’m guessing they will be transferred with the other Borders assets (will update this post when I find out). You can read Devin Coldewey’s comprehensive and more technical review of the Kobo device here.

What makes the Borders story particularly poignant is the detail that Louis Borders was the founder of failed 90s startup Webvan, which was a vanguard of online grocery delivery and then went bankrupt in 2001. As the SF Business Times brings up, it’s pretty poetic that Borders’ bets both for and against brick and mortar stores resulted in two of the most-emblematic Internet-related bankruptcies of our time.

Borders rise in the mid-nineties and fall in the 2000s is also sort of the reversal of investor Marc Andresseen’s comments that all the startups that failed then would succeed now. The company rode a short slice of history where heading to a big impersonal book superstore was actually the most convenient option for consumers and then failed to hop on the next wave. RIP Borders. Long live the Kobo (at least, in theory). 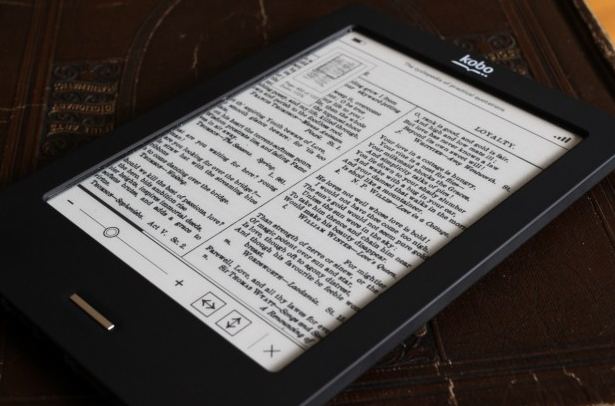