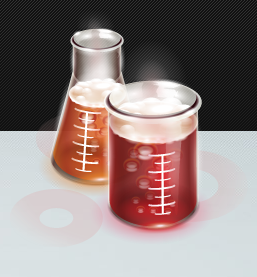 Mozilla has just posted an update to its Labs blog, where it shows off some of the new projects that it’s been working on (which sometimes serve as previews of features that eventually get baked into Firefox or open web technologies). You’ll need to install the Firefox Open Web Apps extension to use them  — and these are primarily developer-focused for now — but they both sound very nifty.

The more exciting of the two features, at least in terms of the potential for innovation, is what Mozilla is calling Web Activities (the concept has also been referred to as web intents and was originally conceived by Google Chrome developer advocate Paul Kinlan). It has a basic-sounding but very important goal: allowing multiple web applications to ‘speak’ to each other seamlessly.

The usefulness of the feature is best described with an example.

Right now, a web-based image editing app that wants to give users access to their photos that are already hosted online would have to bake in APIs for the popular services (Flickr, Picasa, Facebook, etc.). And if a user had a photo hosted on a smaller service, they’d probably be out of luck — or have to manually upload them again. Using Web Activities, that wouldn’t be an issue — the web apps would speak in a standardized ‘language’ with each other without requiring the developer to integrate an API for each individual service.

It’s a nifty idea, and it’s one that’s already working quite well on a platform you may have sitting in your pocket: Android’s intents system does the same thing, allowing arbitrary applications to communicate with each other. This project sounds like it’s still very early on, but it has the potential to make web apps much more powerful.

The other new feature showcased on the Labs blog involves web app installation. Over the coming months more web services will probably be launching web apps (in the sense that they’re available through Mozilla’s upcoming app market and the Chrome Web Store), but users may not be aware of them. Mozilla’s solution: if you browse to a site that offers a web app, it will display a small popup notification prompting you to install it.

Of course, both of these features are still experimental and may never be widely rolled out. But my hunch is that both of them have legs — the app discovery feature seems pretty obvious and helpful, and Mozilla is working in tandem with the Google Chrome team to bring the Web Activities project to fruition.