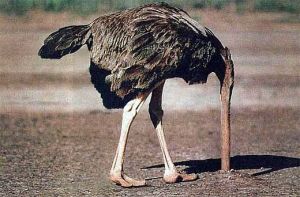 I have the hugest respect for Loic Le Meur. Years before anyone was organising a major tech conference in Europe (outside of the dull corporate IT ones) Loic was charging ahead with first Les Blogs, which became the juggernaut of Le Web. It’s the biggest tech event in Europe (although, now not the only one, which I will touch upon later). When he moved to the Valley a few years ago, he continued with Le Web and brought the A-listers of the Valley back with him to Paris, France. We are all grateful to him for shining that light.

That said, with the greatest respect, I’m going to have to call him out following his interview with Andrew Keen yesterday. It’s not the first time he’s dissed Europe, though his arguments are clearly thought out.

His characterisation of Europe as a market entirely stuffed with clone startups is, well, obtuse, to put it mildly. I’ve even helped develop the startup rally at Le Web at couple of years ago and I simply don’t recall any blatant clones even getting through to the competition. This would be hard if all we had was clones.

What I think has happened – and it’s not really his fault – is that Loic has simply been unable to track what has been happen day to day. Interestingly, there is someone who tracks day to day what is happening with startups and VCs in Europe and he even happens to be on the TechCrunch staff. So maybe one day you may even see my mug opine about the scene in glorious technicolour video. We shall see.

Suffice it to say, asking around amongst European VCs and startups about Loic’s opinion produces a visceral response.

Olaf Jacobi as Venture Capital Investor in Munich chimes in: “Some copy-cats don’t make a pattern. In most cases technology counts. We don’t have a single copy-cat in our portfolio.”

Ciaran o’Leary, of Early Bird Venture Capital in Berlin concurs. “20 out of 23 of our portfolio companies have no US peer (or are older than US peer) and a international user / revenue base.”

Entrepreneur Iqbal Gandham in the UK: “I just can’t see why people have to go on about Europe and america, and who is best, who really cares. Loic Le Meur should add up all the money thrown by VC’s in the USA and see how much was wasted ($41mn for Color)”.

Of course there are drawbacks. Less VC, and fragmented markets.

As London-based but US-born entrepreneur Geoffrey McCaleb says “I can’t tell you how many times I’ve spoken with VC backed companies that had no plans to hit the US market, mainly because they were “satisfied” with penetrating all of Europe…. Funding is also (once again) an issue… But just to keep things balanced, the US has a lot to learn from us in terms of internationalization and mobile. There is a lot of exciting and vibrant things going on in mobile just here in London, let alone the rest of Europe.”

So sure, there are still a few VCs out there who don’t think big. Sure, we don’t have one big fat homogenized market like the US. That doesn’t mean we can’t THINK globally or about hitting the US FROM Europe. And it doesn’t mean the entrepreneurs who DO want to think big don’t find the VCs they like.

More to the point: Jan Horna, a technology entrepreneur and founder of ConcertIn believes “Loic can hardly keep up with the EU startup ecosystem if he moved to the Valley. He describes the situation that was 5yrs ago.”

And that, my friends is the problem. When did Loic move to the Valley? About five years ago. So to be portrayed as being intimately acquainted with the European tech scene is, frankly, a stretch.

It is clear there is a market for clones, just as there is a market in the US (remember Plurk’s copying of Twitter?). Facebook clone StudiVZ in Germany was mentioned by Loic. But does anyone seriously write about them any more? Maybe the odd local German blog. But the tech scene in Germany, and especially in Berlin where I have been spending time, has moved on and grown up and the wider, NEW European scene is entirely unlike the clone scene of old.

In fact all over Europe I see young entrepreneurs in their 20s taking their innovation cues from the Valley mindset and creating brand new things. There has been an explosion in accelerators, co-working spaces, and increasing numbers of ventures investors looking at 500 Startups and similar investment models and doubling down on many different investments.

None of these people – and I have observed it close hand – are ever out to lunch for hours on end. Across Europe, entrepreneurs are burning the night oil to create startups which DO go global from day one, and DO aim at both international US markets. I’ve seen it with my own eyes.

And the clones? Well, certainly we at TechCrunch Europe just don’t bother with them – and – outside of Groupon knock offs – they are getting thinner on the ground anyway .

One of the problems with the “clone” charge is that it is really far more specifically aimed at two startup factories in Berlin. The Samwer Brother’s Rocket Internet has done astoundingly well at producing clones of US companies. Look at My City Deal (sold to Groupon) and Wimdu – an AirBnB clone. Is that their fault? If the US equivalents had launched in Germany properly, they’d never have to worry. But the Samwers have it down to a fine art. To a lesser extent, Team Europe Ventures has also produced clones, but not quite as blatantly.

But across the rest of Europe, these clone factories are much harder to find – and what you will find, if you take the trouble, is real innovation.

Fon? (The biggest largest wifi network in the world with 4.2M hotspots). Madrid

European startups – and for this I would lump in Londoners and Berliners who are very much rocking this – are also really doubling down on a typically European theme: music, culture, art, fashion, games. Check out EDITD, Songkick, Wooga, artfinder, Artspotter, stylistpick, LYST.

You want science? How about mendeley.

Because Instagram and Camera+ and Hipstamatic are not clones are they? They are competitors! Of course!

So here’s some more: Lightbox and Eyeem (London and Berlin as it happens).

Seesmic? Oh, did we forget? I’m so sorry!

Guys, Seesmic is built in Romania. Biz dev is in the Valley, I gather. Not sure who heads it up…

Let’s just check… Was it Seesmic which was sold to Twitter for about $40m recently? No, it was Tweetdeck, run out of London. Last I checked that was somewhere in Europe. And not a clone. In fact, I seem to recall a product called Seesmic adopting a very similar ‘columns’ format after Tweetdeck’s appearance. All healthy competition though. Not cloning at all!

So, are Europeans learning from the US? Sure they are.. Lean startups. Minimum Viable Product. You name it. We read English, guys. Do you read Turkish? Or maybe Arda Kutsal, the guy they call the Arrington of Turkey and contributor to TechCrunch Europe? Because he reads you… Can you call a guy in Moscow and find out what’s hot? I can. Do you know one of the biggest Facebook games comes out of Belgrade in Serbia? Yeah, that.

And can US startups learn anything from Europe? How about scaling internationally and working across dev teams between places like Kiev, Paris, London and Estonia? Have you tried that? Or building something in an old culture where failure is looked down on? The new European entrepreneurs – the ones that grew up while Loic was in the Valley – deal with that every day. And you know what? They don’t care.

But in truth – and I am sorry to have to break this to you – Europe is not a country. It’s a region. And there are lots of variations….

Indeed, parts of Europe – right now the UK in the main – have realised the benefits of fair use copyright law and are putting it into action. But let’s not talk about France, where three strikes and you’re out is considered even too lenient – Ironic given Paris held the recent eG8 Forum. French entrepreneurs either deal with that or ignore it and build globally. Job done.

Is it harder to startup here? Get real. One thing the European Union has been good for is that it has meant you can put a Limited Company into the UK or Ireland, you get a dev team where they are good and affordable (like Seesmic) and you put biz-dev in the Valley and hire Americans. Pretty soon people won’t even know you were from Europe. And, like, who cares anyway?

The old way of dominating one country first is the kind of thing young entrepreneurs today literally laugh out loud at.

And they simply ignore the European Union – it’s edicts on cookie laws or whatever go largely unnoticed. They just build.

And BTW, hey everybody, you too can go to Le Web. Grab your ticket here.